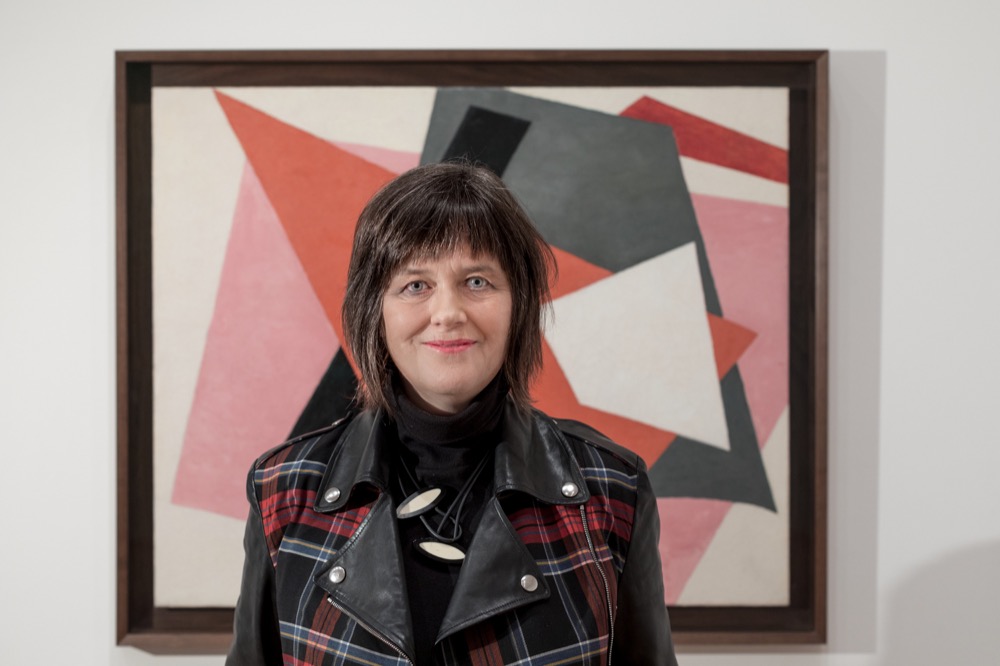 As a Curator of Modern Design in the Department of Architecture & Design in MOMA in New York, Dr Juliet Kinchin holds a significant role in how we interpret and appreciate design. She speaks to us before her attendance at a conference on Women in Design this month.

“Design’s power works through our heads, hearts and hands, connects the earthly and spiritual.”

Being a curator for Architecture and Design in MOMA is quite a prestigious title, can you give us an idea of what your role encompasses?

Contemporary design has been part of the mix in the Museum of Modern Art since it opened in 1929, and I have the privilege of working with design in a very broad sense, whether making connections to other kinds of visual and performing arts or taking a deep dive into a collection that includes everything from a helicopter, textiles, sugar cubes to printed letterheads and type forms; also many anonymous and conceptual works of design. The challenge is working with the power of such objects to provoke, delight, inspire and challenge audiences, to deepen our understanding of innovation and creative processes, to think about how design articulates our values and place in the world, and how it can help sustain and improve our lives.

Your particular focus is on the history of modern design. In your consideration, what are the key factors propelling modern design? How important is it for design to be both a production-based discipline and intellectually-driven profession?

The shape of our material world is propelled by new materials, new technologies, by social and political change. Design is easy to take for granted – it is so omnipresent in our day-to-day lives, that we often don’t stop to think about all the break-through moments that led things to look or function in the way they do. We live in an increasingly globalized world, and from initial concept through manufacture, distribution and use, it takes many people to make an idea materialize. Having said which, some of the best design has no material presence – what more elegant and economic example than Ray Tomlinson’s appropriation in 1971 of the @ symbol, an underused key on his typewriter, for crafting the first email address! Design’s power works through our heads, hearts and hands, connects the earthly and spiritual. The profession requires emotional knowledge and intellectual as well as practical skills.

A number of your publications have focused on Hungary. Where did this fascination emerge from?

In the early 1980s I was working in Glasgow on an exhibition of the architect Charles Rennie Mackintosh and his contemporaries, and came across a catalogue of a huge exhibition in Budapest 1902 made up almost entirely of design work from Scotland. At the same time, I saw that Glasgow University was offering an evening class in learning Hungarian, and thought, well, why not give it a go! Everything followed on from there. In the 1990s I headed a three-year research programme between groups of scholars in the UK and Hungary at a fascinating moment of transition into post-communist Hungary. 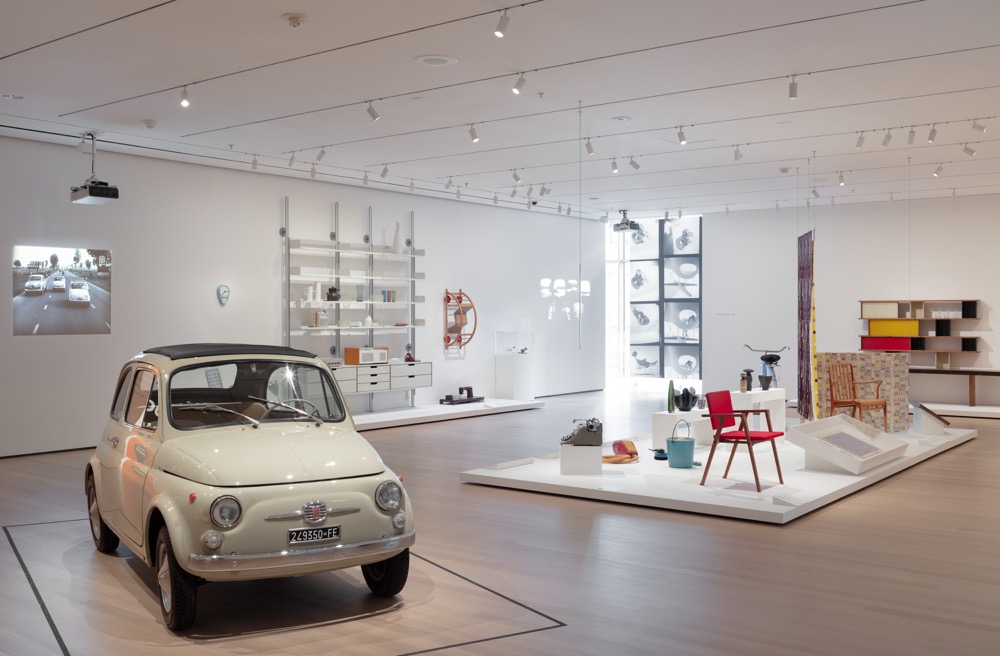 The current MOMA exhibition looks at ‘The Value of Good Design’. What, for you, are the essential tenets of good design? How is our consideration of what represents value impacting on design considerations?

The words ‘good design’ are always going to conjure up different things for different people, and the ‘value’ it represents can be commercial but also political, emotional, social. And something that was considered good design in the 1950s doesn’t necessarily hold up nowadays. Good design should reflect technological advances and the social conditions or aspirations of each generation. It goes without saying that most people don’t want to live in the past or dress like our parents and grandparents. Having said which, some objects and core values do seem to have stood the test of time – generally those which combine eye appeal, functionality and affordability. This was a combination of values that MoMA curators like Edgar Kaufmann Jr., was trying to seek out at mid-century (the period on which the MoMA exhibition is focused). What’s perhaps different is the way we are now thinking more about sustainability and the ethical dimension of the way things are made and sold. In times in which we have to adapt quickly to changing circumstances, younger people in particular want to be mobile, and not weighed down by an excess of stuff. All the more reason to think carefully and self-critically about exactly what it is that we value in the design of things we interact with on a daily basis.

The second world war and its aftermath brought design into focus as a tool for engineering change, whether social, technological or economic. It was a time of tremendous experimentation, innovation and idealism in the design of everyday objects, and from 1945 at least, a time of optimism about creating a different, more egalitarian future. I think we are all hungry for that kind of optimism and innovation right now! ‘Good Design’ at mid-century was an international phenomenon and in our exhibition at MoMA we wanted to show the commonality of approaches and thinking in different parts of the world, and the networks through which so many designers and manufacturers moved freely.

Is there an irony in good design being viewed in a gallery context versus being practically applied for its initial intention? How do you reconcile this?

In some senses putting design in a museum kills it – puts it out of reach behind glass or on a pedestal, removed from its functional and socio-economic context. But through the interjection of film, photographs, graphics and interactive moments, I think it is possible to communicate dimensions of an object’s former life, and the creative processes that go into it. Curation is about exploring relationships between artworks – I like to think of it in terms of creating a new social life for things, introducing them to new friends, making up with one-time enemies, having a civilized conversation with strangers. And it’s about trying to pace the experience, creating contemplative as well as abrasive moments, and about mixing familiar favorites with less well-known pieces. Exhibiting everyday objects like an axe, a shrimp peeler, a cookie cutter in the context of an art museum forces people to look twice at such things and to see them in a different light. Yesterday I saw a young girl in the exhibition sitting on the floor beside the Fiat Cinquecento making a beautiful drawing of the car’s wheel – perhaps she is going to look at cars in the street or at home in a different way now! We deliberately introduced a “Good Design Lab” in the exhibition where people can handle and interact with objects.

You are speaking at the Women in Design conference this month, how do you consider the significance and meaning of gender in design and the potential difference of our designed environment?

Gender issues are so fundamental to the way I think about design, and not just design by or for women, that I hardly know where to start on this question. You’ll have to come to the conference to hear more! Feminist approaches to design have taught me the importance of looking at the overlooked, looking in detail, and thinking about the creative role of the end-user in adding value to design.

Women continue to be underrepresented within the design workforce. What do you see as the forces impeding these and are there any innovative solutions you’ve seen address this?

There is no doubt that the design professions are still far from inclusive, and that often credit is not always publicly given where it is due. Women in this field need role models, past and present, and visibility. Museums like MoMA can help by highlighting areas of creativity that have been perhaps undervalued but in which women have excelled. This was very much part of my thinking in organizing exhibitions on design for food and kitchens, or design for children – these are absolutely fundamental areas for the exercise of thoughtful, imaginative design. We don’t want to whitewash the past, but through research into the collections and staging exhibitions that pose sometimes difficult questions about whose values we represent, we can often throw light upon objects and individuals from the past that reflect current concerns with inclusivity. To give an example, in the Organic Design competition of 1940 organized by MoMA, prize-winning designs by Ray Eames, Noemi Raymond and Clara Porset were all credited to their respective husbands. It is also true to say that the Good Design program was a lifeline for many women at mid-century who were perhaps working in relative isolation and found it difficult to make headway in larger corporate firms of the period. We have a stack of letters in our archives written by Edgar Kaufmann Jr giving feedback and encouragement to such women even when they did not win awards in some of the design competitions. It’s a reminder of how important that kind of feedback can be to individual designers, even though it is not always visible to the general public. Working with Castleton China Kaufmann’s commission of the Museum Service in 1946 from Eva Zeisel who had newly emigrated to the US helped launch the second phase of that designer’s highly successful career.

Who are your current and past design heroes?

I profoundly admire the indomitable Sheila Hicks, still endlessly curious and creative, who has worked with her chosen medium of thread and fiber, on monumental and intimate scales, for more than six decades, living and working in many different parts of the world. From the past one of my heroes is a woman called Margaret Knight who came up with the brilliant idea of the flat-bottomed paper grocery bag in the 1870s – recyclable, folds up flat when empty, but with a sturdy base when full, and manufactured in billions!

Or Grete Lihotzky for her combination of idealism and pragmatism – in 1920s Germany she designed tens of thousands space and labor-saving kitchens in Frankfurt as part of a radical and far-reaching programme in the city to address a chronic housing crisis.

Is there one particular piece of design you hold particularly dear to yourself?

What new questions need to be asked about design?

My questions aren’t new, but they have become particularly pressing – under what conditions was any product made? How sustainable, necessary or meaningful is it?

Dr Juliet Kinchin will be speaking at “Women in Design”, a two-day conference in the National Museum (Decorative Arts & History), Collins Barracks, on Friday May 24 and Saturday May 25. Other speakers include Shelley McNamara co-founder of Grafton Architects, artist Alison Lowry, designer, Sasha Sykes and Helen McAllister, Head of Applied Materials, School of Fine Art, NCAD.