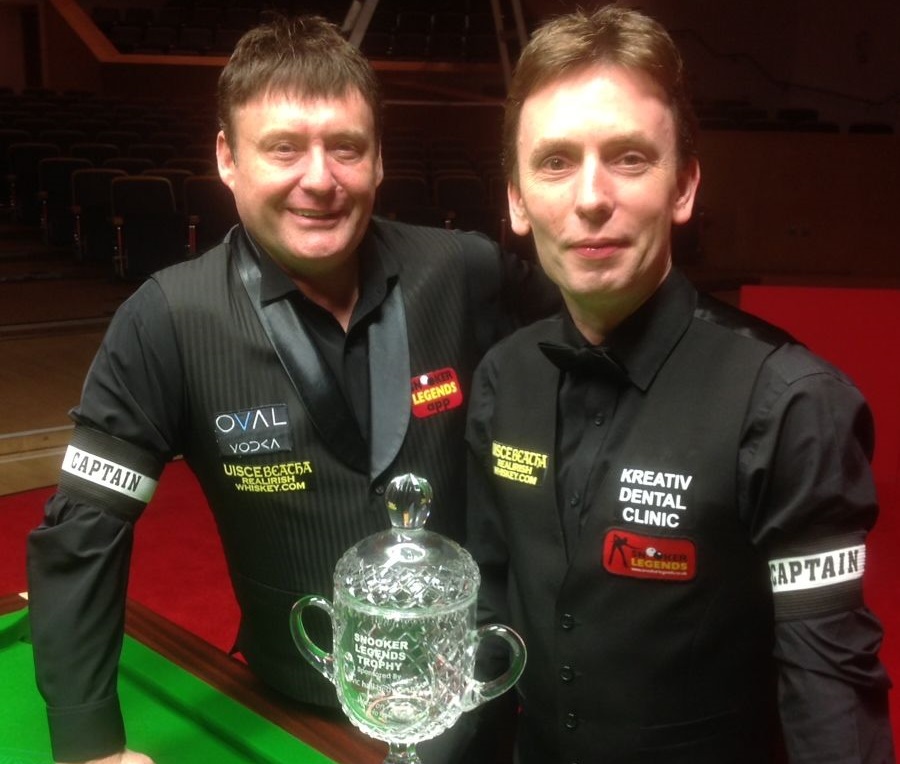 The first staging of The Irish Legends Cup at Goffs in Co Kildare will take place between Sunday 28th and Tuesday 30th December 2014… and its that old classic: Ireland vs England!

This promises to be a major sporting event for Ireland with 8 of the world’s most popular snooker players battling it out over 3 days for the trophy, currently held by England after their 18-3 victory of Stephen Hendry’s Rest of the World Team in May.

Captaining England will be the People’s Champion Jimmy ‘Whirlwind’ White and Steve Davis has already been confirmed onto that team along with ten-times ladies World Champion Reanne Evans and 2-time world finalist Ali Carter.

The rival captain for Ireland is our very own former World Champion, the Ranelagh Rasher Ken Doherty and 1985 World Champion Dennis Taylor. Ken also has Irish legends Fergal O’Brien and Joe Swail on his team.

There are four sessions, the first three consisting of two doubles matches and four singles, the last session is eight singles. Each match carries a point. Captains will announce their pairings and line ups before each session and no doubles pairing can be repeated, so all team mates will partner each other once. The first team to get 18 points wins the cup.

The event will break off on Sunday 28th December with the opening Ceremony where Jimmy and Ken will play for the first point but also announce their pairings and match ups for the first session the next day.