Brand New Retro: Problem Pages of the Past

The problem pages from Irish magazines of the 1960s and 1970s give an irresistible insight into the lives of Irish teenagers highlighting their innocence, loneliness, and ignorance in a changing Ireland still dominated by the Catholic Church. With no practical information available on sex, teenagers sought help from the likes of New Spotlight, Woman’s Way and Miss magazine. Through my Brand New Retro archive, I’ve read hundreds of these problems, all with recurring themes ranging from innocuous questions to serious heartbreaking cries for help. 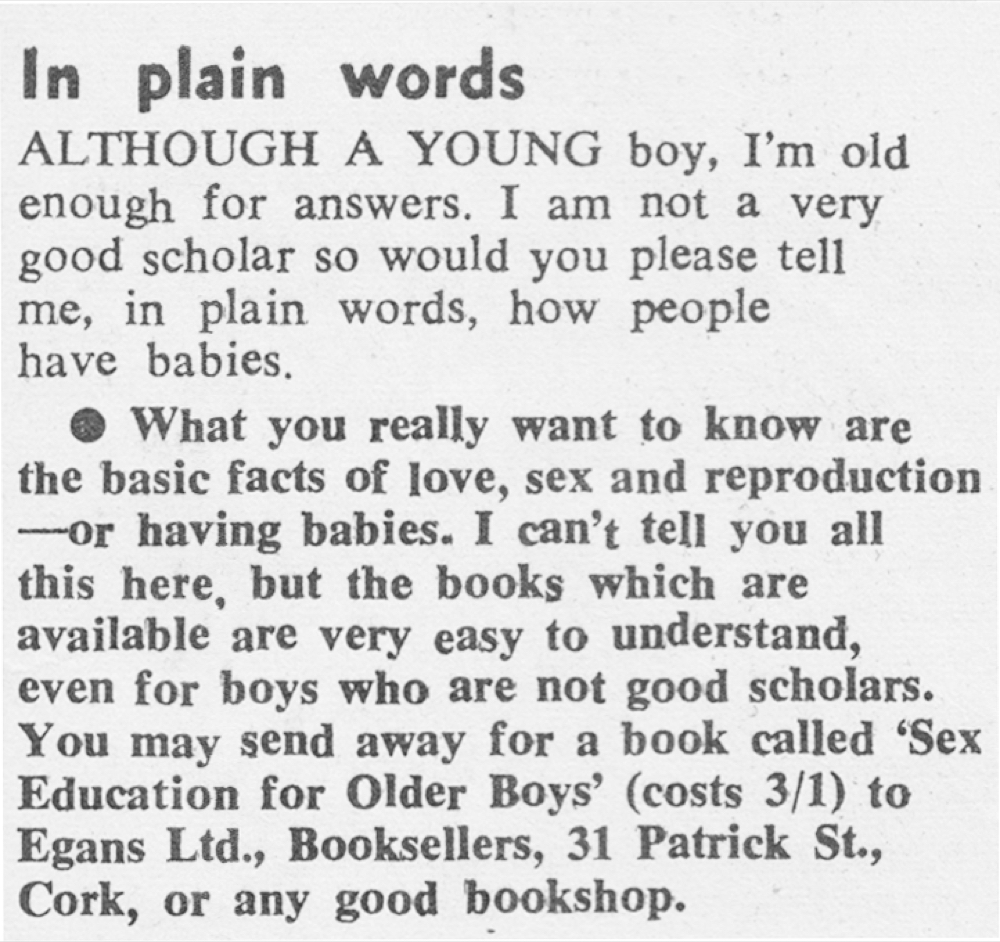 The sad thing is the replies weren’t that helpful or comforting. The agony aunts upheld the moral codes of the time, adopted a harsh tone and often berated the writer (mainly women) for allowing situations to happen – a case of ‘you’ve made your bed now lie in it’. They sidestepped hard problems by advising to “talk to a priest and maybe there is a book he could recommend for you.” As the 1970s progressed, the agony aunts became more sympathetic but with contraception, abortion and homosexuality all illegal it remained difficult to give meaningful practical help. 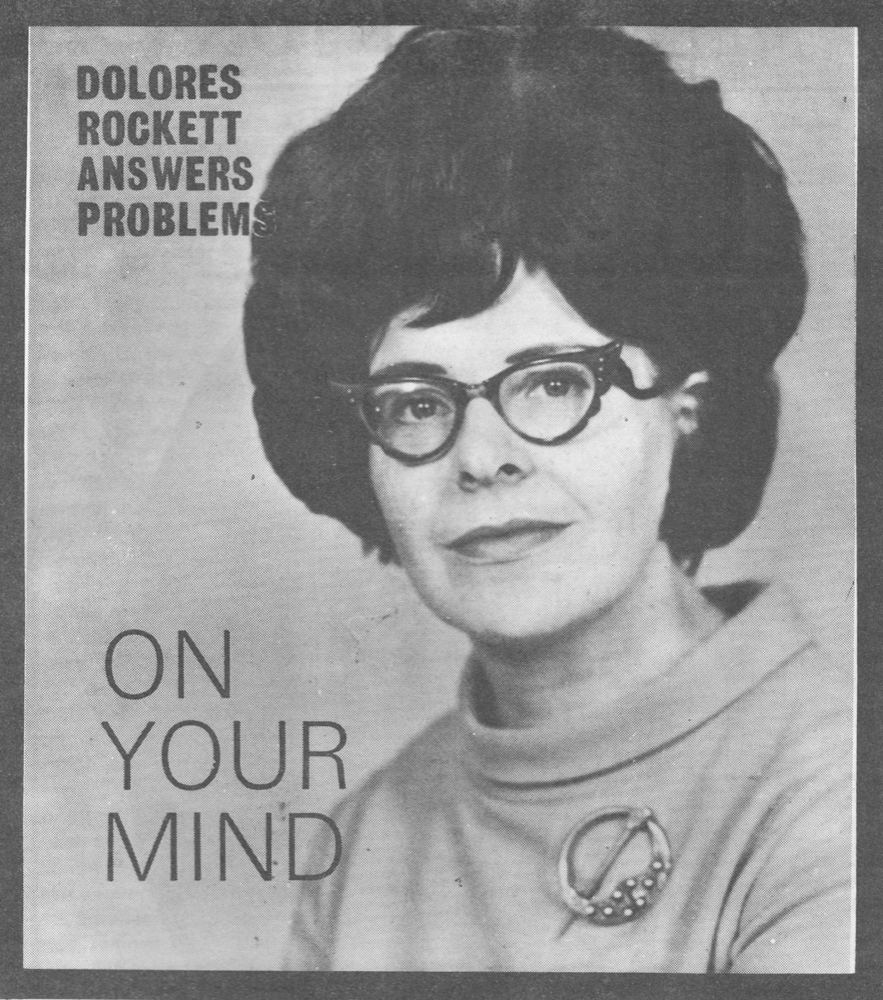 Most letters related to worries about pregnancy. If FAQs existed in the 1960s then “Can I get pregnant by French kissing?” would be the top question. This is how Angela McNamara, Ireland’s best-known agony aunt, answered: “French kissing is prolonged intimate kissing which arouses passion and is sinful between unmarried people. It is one of the intimacies which prepare a couple for the marriage act. Obviously, therefore, it can lead to pregnancy, though it does not directly cause it. Try to get this boy to respect you and to show his love for you by controlling himself.” 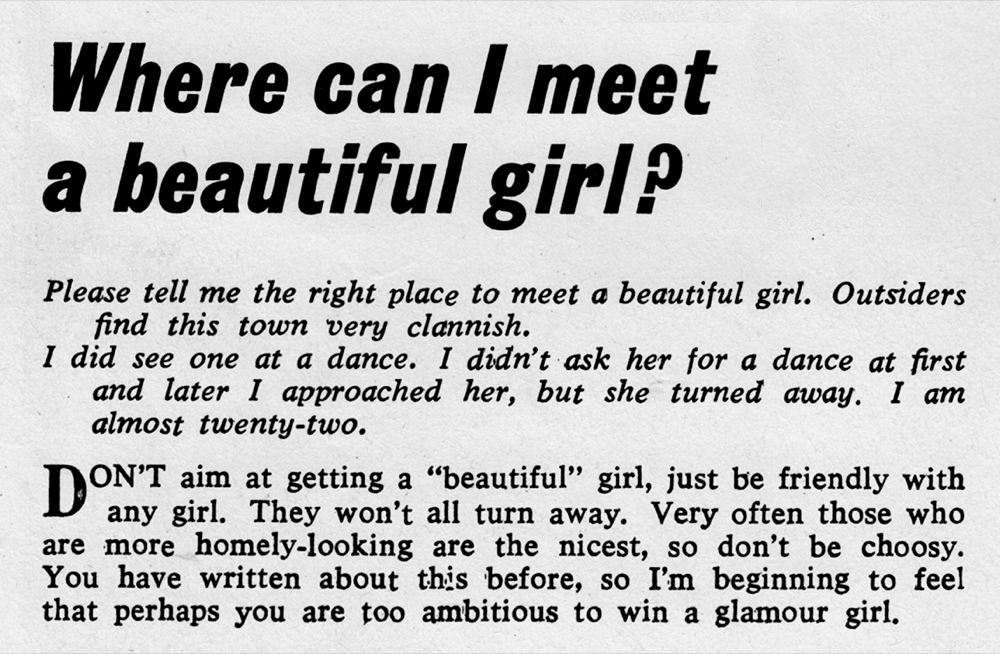 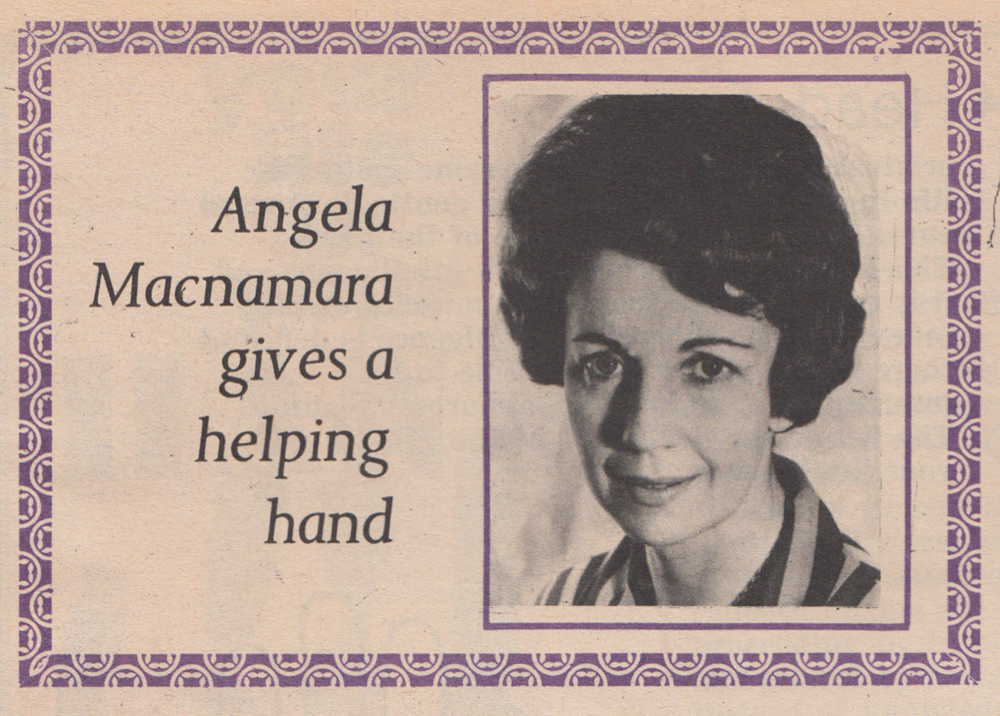 There was also the woman who worried if she was “too sexy” and the girl irritated by her new boyfriend who “keeps wearing the same pullover and pants when he calls on a date”. But it is the replies which constantly fascinate. Take this response to a question on slow dances: “It is not good dancing, it is not good fun and often it is not moral.” Or this reply to the question “Are bikinis immodest?”: “I may as well say that most of the bikini-clad girls I saw on Irish beaches must never have looked at themselves in a mirror, from the point of view of beauty and modesty. Their pasty, flabby midriffs, bony ribs or spare tyres looked revolting. I also saw couples openly courting on beaches. Was it a coincidence that most of the girls so involved were bikini-clad?”

But back to 2019. Forget your problems, Spring is here and so is Valentine’s Day. It’s getting warmer and love is in the air. Not yet beach weather but time, I think, to change that pullover.