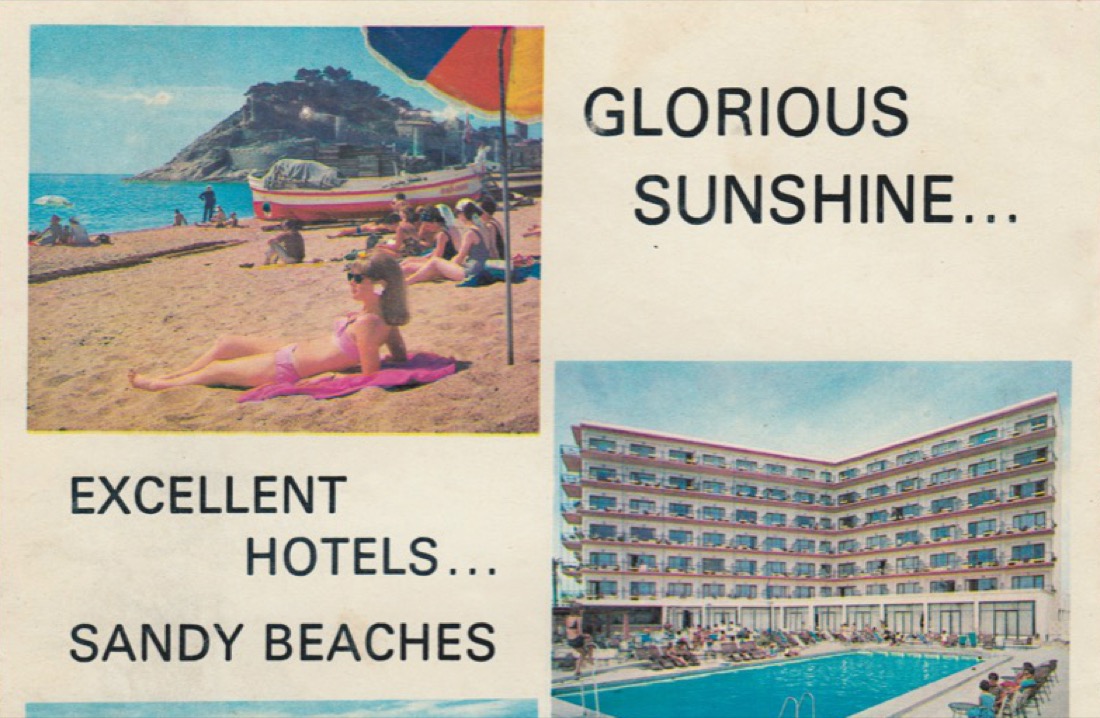 Before package holidays arrived in the 1960s, very few Irish people could afford to holiday abroad. Because of improvements in the aviation industry and greater hotel room availability, package holidays became cheaper and popular. Airplanes were now bigger and better than before and with greater numbers being built, easier to charter. Accommodation was easier to book too, especially in Franco’s Spain, where the rapid development of new hotels meant many sea-side villages had become high-rise towns almost overnight. 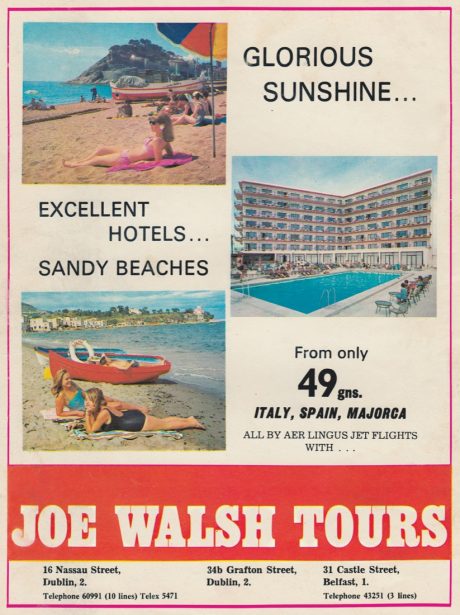 Although hundreds of thousands of holidaymakers from the UK and Europe would fly to their sun-drenched destinations, the interest and uptake from Ireland was low. Not surprising, when you consider the depressing economic climate at the start of the 1960s. But as the decade progressed, the Irish economy soon expanded and the increase in our standard of living made holidaying abroad a reality. 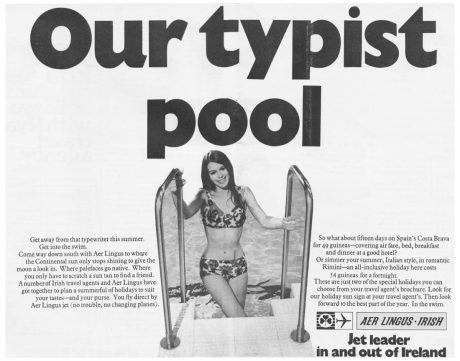 Irish tour operators reached out to their audience by advertising their holidays in newspapers and magazines. Peak marketing season was January and February with full page adverts appearing alongside features offering tips to help choose and plan your trip. The most popular destinations were Spain and Italy. It was all so glamorous and exotic and although now affordable for many, for others it was still too expensive and remained out of reach. 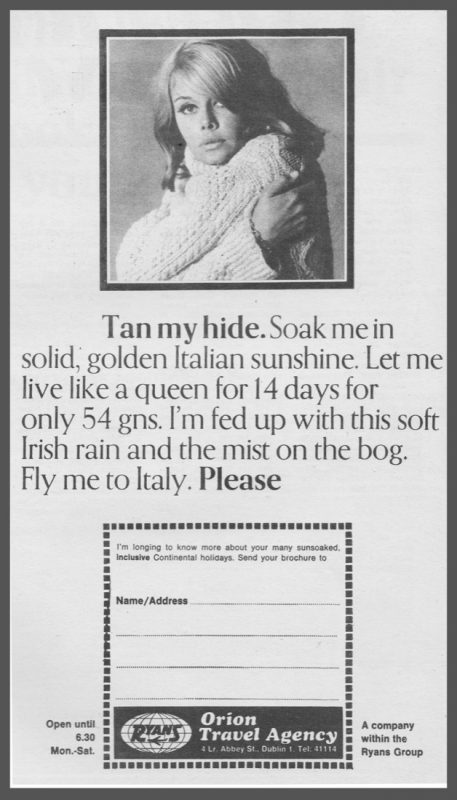 Most Irish tour operators also organised religious pilgrimages to overseas locations like Lourdes, Rome and the Holy Land. These excursions were as popular as the trips to Majorca or Benidorm and were an essential mainstay for business. Joe Walsh Tours (JWT) was one operator who specialised in both religious trips and classic sun holidays. JWT started with a small office in Nassau Street in 1961. It later added another in Grafton Street and soon it became the biggest Irish tour operator of the 1960s and 1970s. JWT brought affordable holidays to the masses and was the first company to advertise package holidays on Irish TV. Almost 60 years later, it is still in the travel business today. 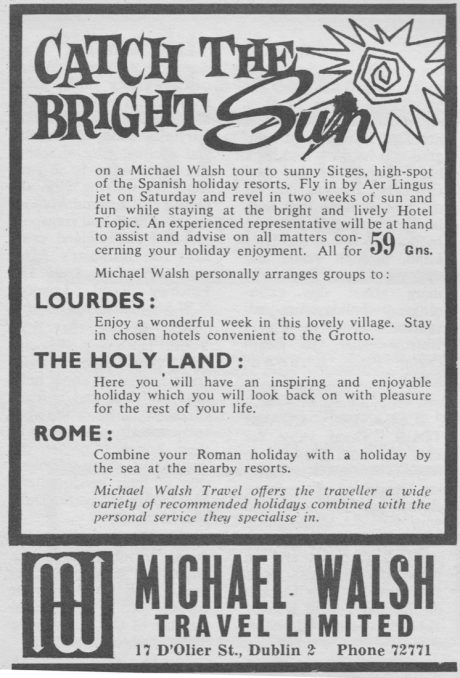 Other Dublin based tour operators from the 1960s included Michael Walsh (D’Olier Street), Shannon Airborne (Westmoreland Street), Ryans (Abbey Street) and Aer Lingus who in the late 1960s began working with other agents to provide customers with an all-in-one package deal. As the popularity for sun holidays increased, new operators arrived on the scene in the 1970s including Blueskies, Budget Travel (1975), Abbey Travel (1978) and Ray Tracey Travel (1978). 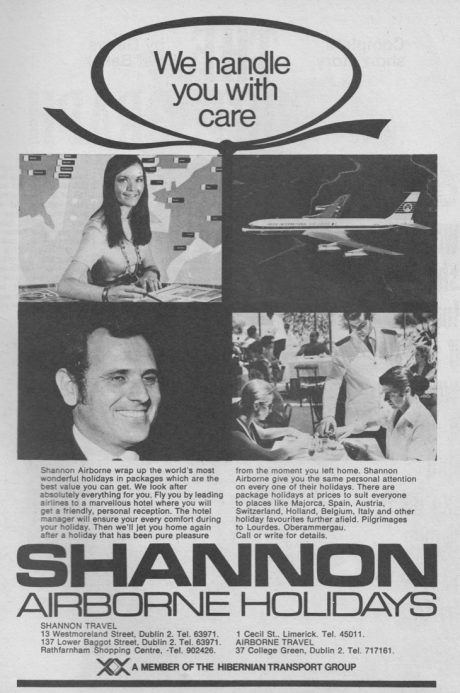 For this feature, we’ve focused on adverts published between 1966 to 1970 by the early operators.