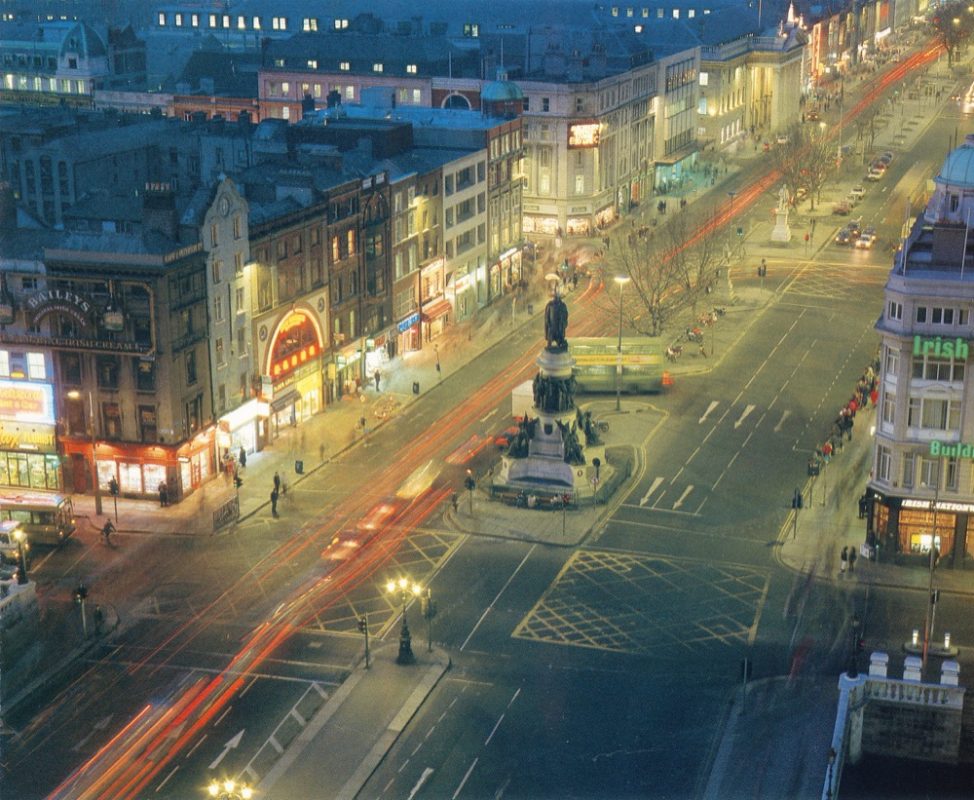 O’Connell Street,1988. Dublin’s millennium year. The unemployment rate is 16.2%, emigration is endemic as the dirty smog, caused by Dublin homes burning bituminous coal, which fills the city air. Thankfully, it was a crisp, clear Spring night when Tom Cleary took this photo from the top of O’Connell Bridge House.

It’s interesting to see what has changed in the Lower O’Connell Street area in those 30 years. The Luas, the Spire, the pavement and the rows of planted trees are new. The lollipop-like bus stops with rubbish bins attached are gone. As is Max Florists. Overall, there is noticeably less neon advertising. Clerys, out of the picture on the east side of the street, is now closed, waiting to become a hotel.

Many will remember that Penneys was then British Home Stores. Located right next to the GPO (how ironic), BHS thrived in the 1980s and included Habitat and Mothercare inserts. Easons and Clarks still remain today. 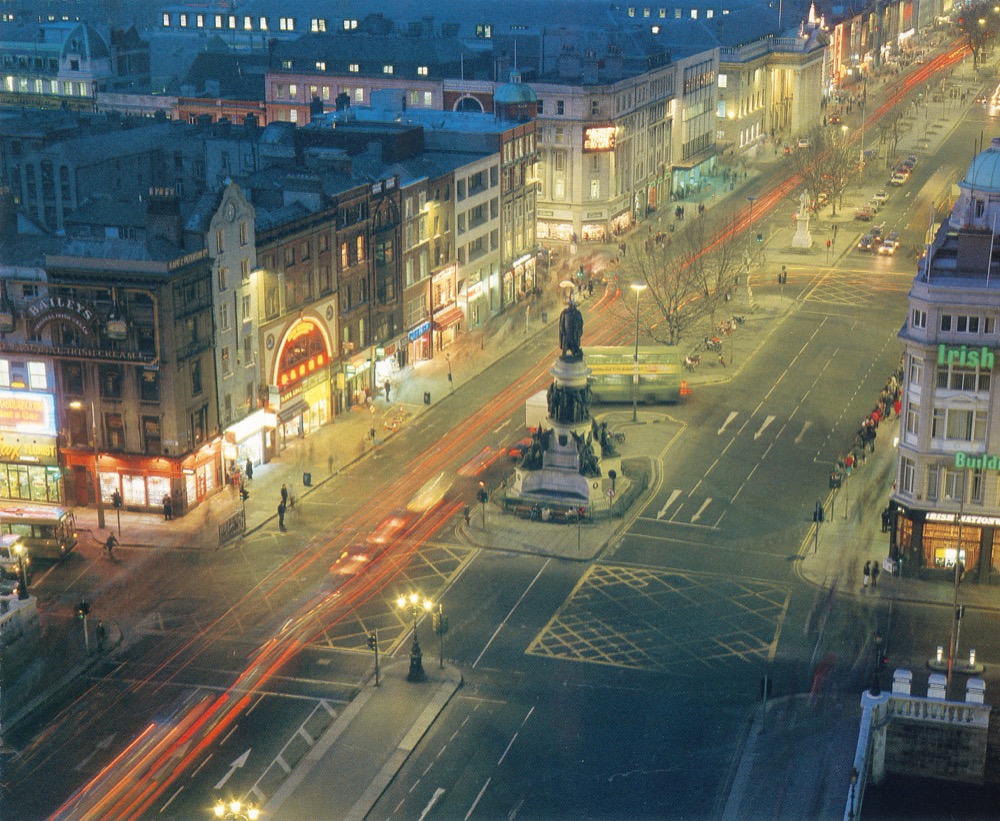 The strip from O’Connell Bridge to the GPO is essentially the same as it was in 1988 but now comes with a flat white.