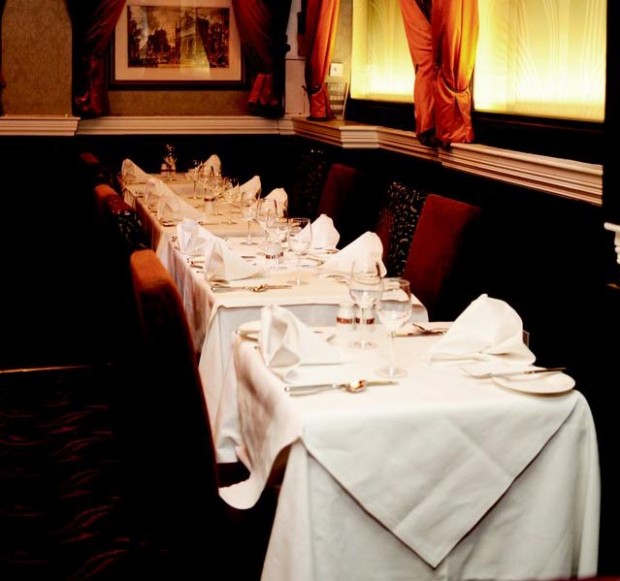 A book I relished every page of recently is Come Here To Me: Dublin’s Other History by Donal Fallon, Sam McGrath and Ciarán Murphy. It’s a collection of our city’s less well known and even forgotten stories taken from the blog of the same name. From the story of the champion boxer Dan Donnelly who owned Fallon’s pub and was quite the playboy to highlighting that the Lady Justice at Dublin Castle has her back to us (wtf, Lady?!), each little tale uncovers a part of the Dublin that you may not have known about, even though you may pass it by every day.

Nico’s Restaurant on Dame Street gets a mention in a chapter dedicated to some of Dublin’s oldest restaurants. While it’s not the oldest still in business (the authors give that to The Unicorn having been on the go, though not in the same premises, since 1938) it has most certainly seen a lot of changes over its 50 years on the Dame Street corner it occupies opposite Rick’s Burgers. Nico Ruggiero opened the spot in 1963 and ran it until 1977 when Emilio Cirillo took over after moving to Dublin from Rome from 1970, for love  apparently. He’s still married to his Irish lady and has been the leader of the band at Nico’s for 36 years. Cirillo moved to Dublin from Rome in 1970. “There was no Temple Bar and very few restaurants when I took over,” Emilio explains. “We were the first Italian restaurant to serve our own freshly made pasta, which we still do.”

What has changed is their interior, which was given an art-deco influenced make-over in 2008. The frosted windows help hide the intensity of Temple Bar and although the decor is a little jumbled – velvet patterned chairs mixed with walls of panels lit from behind – it’s a charming room.

My consort-in-consumption Niall and I whiled away two hours of a rotten January night at Nico’s, feeling well looked after by the courteous crew of Italian waiters. Niall’s plate of antipasti (€10.95) was layered with slices of silky mortadella, salty proscuitto and fatty cured coppa, with wedges of creamy cheese (caciotta, perhaps?) alongside pickled mushrooms and olives. My Raviolo in Brodo (€5.50) showed off more kitchen skill, with the silky meat-filled parcels of pasta having a grand old time floating around in a bowl of deceptively tasty thin tomato broth. A thoroughly comforting starter.

In the mood for a dramatic main course, I figured the Steak Rossini (€22.95) was a good choice. It arrived cooked exactly as I wanted – that joyous place between rare and medium – but its accompaniments lacked the operatic fanfare I was expecting. The red wine sauce was rich and deep but a little cloying. The chicken liver pâté that sat atop the hunk of beef had the right taste but its grainy texture let the dish down. Niall’s Veal Saltimbocca Alla Romana (€21.95) was dutifully served with ham and sage alongside a similar sauce to my Steak Rossini. We wondered whether veal was really worth the trouble, as the flavour of my aged beef was far superior. We indulged in a side of thoroughly enjoyed fries (€3.25) while a gratin of cauliflower (€3.25) underwhelmed.

It was our shared dessert that proved to be the highlight. Our Zabaglione a la Marsala (€7.50) arrived in a 1950s sundae glass with a few fingers of savoiardi biscuits. The fluffy mixture of egg whites, sugar and Marsala wine was a boozy powerhouse of frothy fun. We felt like kids having a grown-up treat.

Our fellow diners were a mix of old friends reunited, greying parents and grown children, a couple on a first date (I like to eavesdrop), and a solo diner reading the paper over his pasta, making it all seem very homely indeed. A friend told me after that her family have been going there for years and I can understand why you would become sentimental about Nico’s. It’s a calm refuge from Dame Street that feels sort of timeless, with an endearingly odd mix of formal and relaxed. And, of course, there’s the guy in the corner tinkling away at an old piano, adding to the old-fashioned atmosphere in a very sweet way.

We were a little taken aback when our bill, which included a half bottle of Peppoli Chianti Classico (€16), an espresso and a mint tea (€3.50), came to €95.10. While the plates of homemade pasta are mostly under €15, the meat and fish dishes all hover around the €20 mark. It would be worth trying out their evening Early Bird which offers four courses for €24.95, or their set lunch for €20 per person. Otherwise, it’s a pricey but pleasant trip down Dublin’s memory lane.