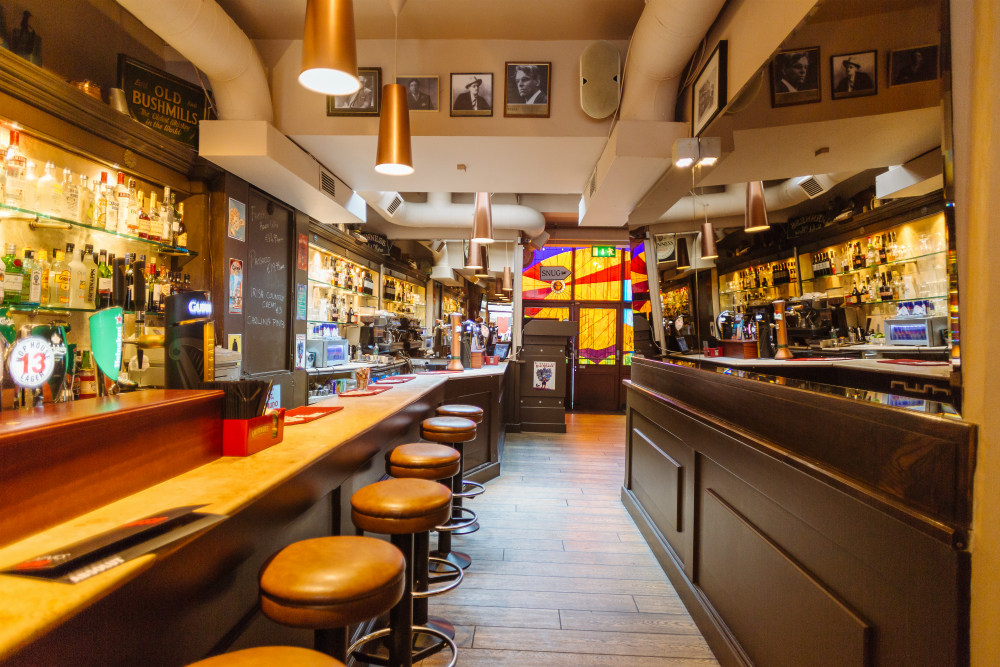 Johnny Rush’s is a place you’d take, rather than have, a drink. I reflect on this while I sit smoking in a cheap aluminium chair on its terrace, facing onto a sunny South William Street — where it is almost certainly the worst pub — on a Friday evening. The awning overhead protects me from the worst of the ambient glare, so I see Anton bounding along the path from Butler’s before he sees me, in this dark and slapdash observation turret that has been weighing on my good humour since I arrived. ‘Ah, taking some drinks, is it?’ he says with a wave.

The sad fact of the matter is that the smoking terrace is as good as it gets here. It’s just some aluminium patio furniture surrounded by a partition, facing directly onto the street, but it’s the one place on the premises that provides a constant assurance that an outside world exists. You can even put your head out into it, like a dog speeding down a motorway.

The conventional idea of hell is a terrible place characterised by extreme heat and cruelty. In fact, the deeper suffering is one for which no name exists: hell in its purest embodiment might be something more akin the death of thought, a dreadful and static place of pure negation. Far be it for me to suggest that a pub in Dublin embodies such a transcendent, absolute concept of pain, but if I had to approximate a correspondent bar in our nation’s capital to the idea of hell just outlined, it would almost certainly be Johnny Rush’s. 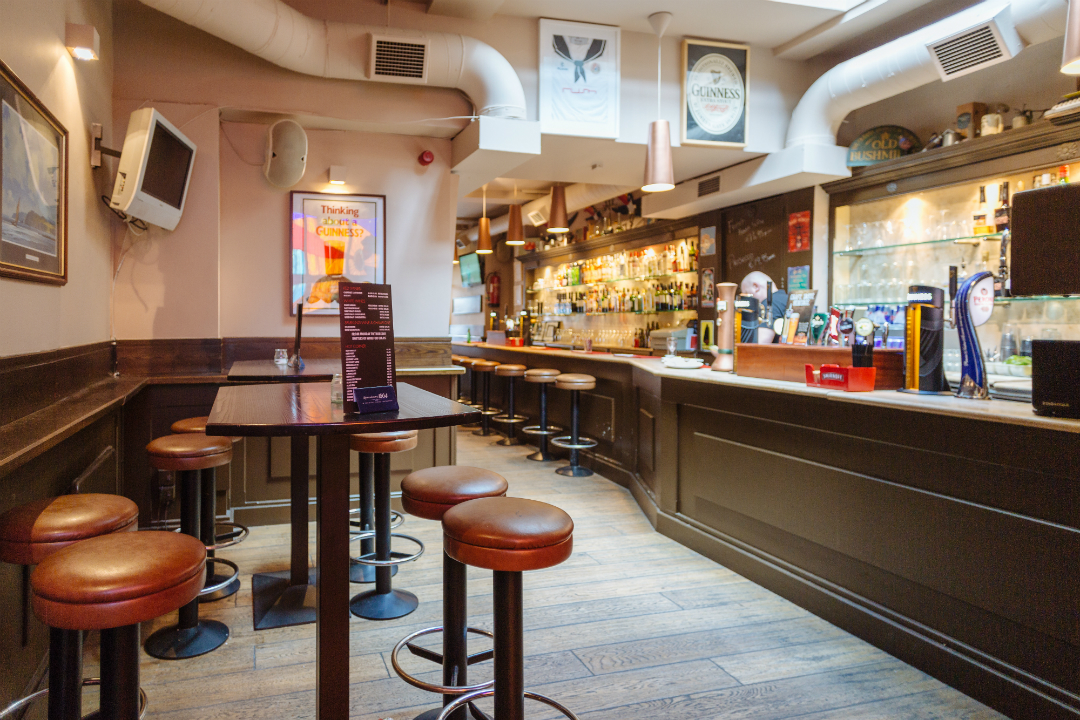 Inside is a strange mix of newly-introduced traditional pub paraphernalia and the original outfittings for Rush, the bar’s previous iteration as a sleek, trendy night spot. Wall-size mirrors reflect chrome and old whiskey advertisements, side by side. To say the transition is awkward would be an understatement. It’s like being trapped in the pub equivalent of Brian McFadden’s beard and distressed jeans circa his first solo album, Irish Son. I’m not sure anyone’s buying it.

Towards the back of the bar is signposted a ‘snug’, which turns out to be just another area of the bar, not separated in any way. If you like being lied to, come to Johnny Rush’s. Sheepishly, I turn back to order another round. Over the course of the ritual two-part pour, the barman, in a pointless and perverse gesture, dips the nozzle of the still-running bar tap into the forming Guinness beneath. There is no other way to put it: this act has compounded my humiliation. As I walk back out to the terrace, a glass smashes somewhere behind me. I do not turn around to see whether it has been done by someone in anger, or perhaps as a cry for help.

For some reason, the area around South William Street to George’s Street is named Dublin’s Creative Quarter. It is perhaps in the spirit of absolute negation that Johnny Rush’s has formed at its periphery, like a rational kernel of pure antithesis, a sobering reminder of the horrors wrought by man in the name of creation. It contains every shite pub, the start of every bad night, every trapped, decaying future you almost felt taking the first sip of a pint.