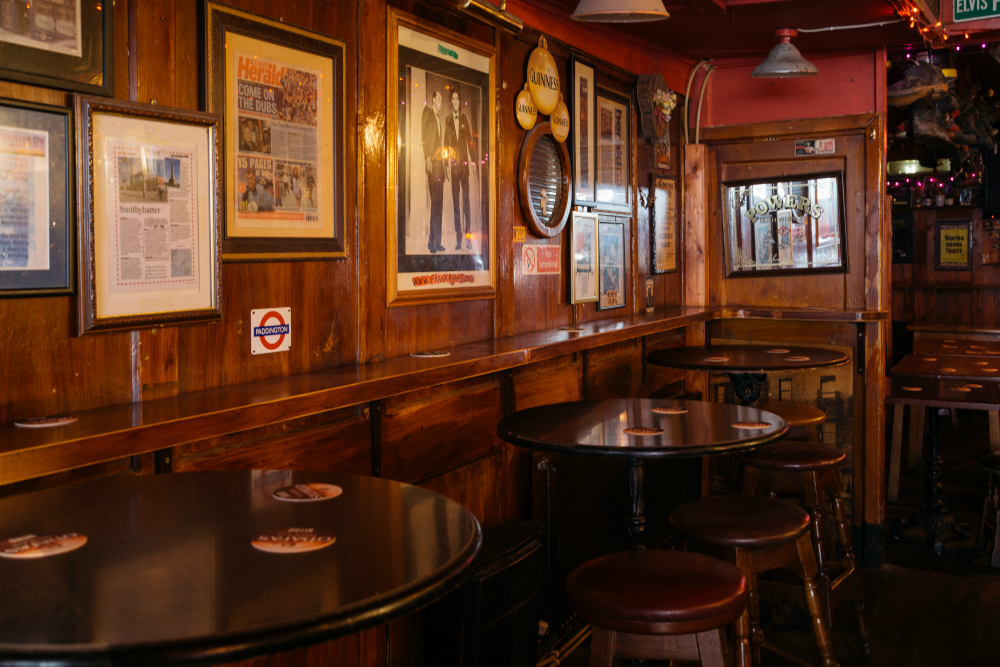 Frank Ryan’s is far from a new kid on the block. Situated on Queen’s Street but also accessible from Smithfield Square via Coke Lane, this hole in the wall has been plying it’s off-kilter approximation of pint o’plain traditionalism since in or around the last ice age. On entering this storied premises one is immediately struck by two things.

Firstly, Ryan’s (unlike the vast majority of the city’s public houses that favour silence or low-volume, characterless audiary gruel) is piping in gentle, finger-snapping jazz. Over the course of our stay the folks quarterbacking the Ryan’s playlist display a sadly uncommon nous for picking appropriate musical accompaniment for an afternoon’s supping. Fluctuating from the aforementioned bop to sanguine grooves of Grace Jones and the works of little known Liverpudlian by way of Hamburg rock and roll troupe ‘The Beatles’. This is an establishment that puts an obvious premium on the quality and diversity of the sounds wafting over their system. The musical memorabilia that lines the walls and the bartender’s t-shirt simply emblazoned with just the slogan ‘Drums.aif’ attest to the seriousness afforded to selection within these walls. Kudos to them.

Secondly, visibility here is perhaps the lowest my companions and I had ever encountered. There are sensory deprivation tanks that make this place look like the surface of the sun. Whether this is a mark for or against Ryan’s depends on one’s perspective. Some of my compatriots were certainly a little put out by the fact their vision failed them once they tried to extend it beyond spitting distance. But, for me, dark needn’t read as dank or foreboding. The only downside of Ryan’s erring toward the inky blacks of Film Noir is you might miss some of the enviable array of ephemera that populates every available inch of wall space. 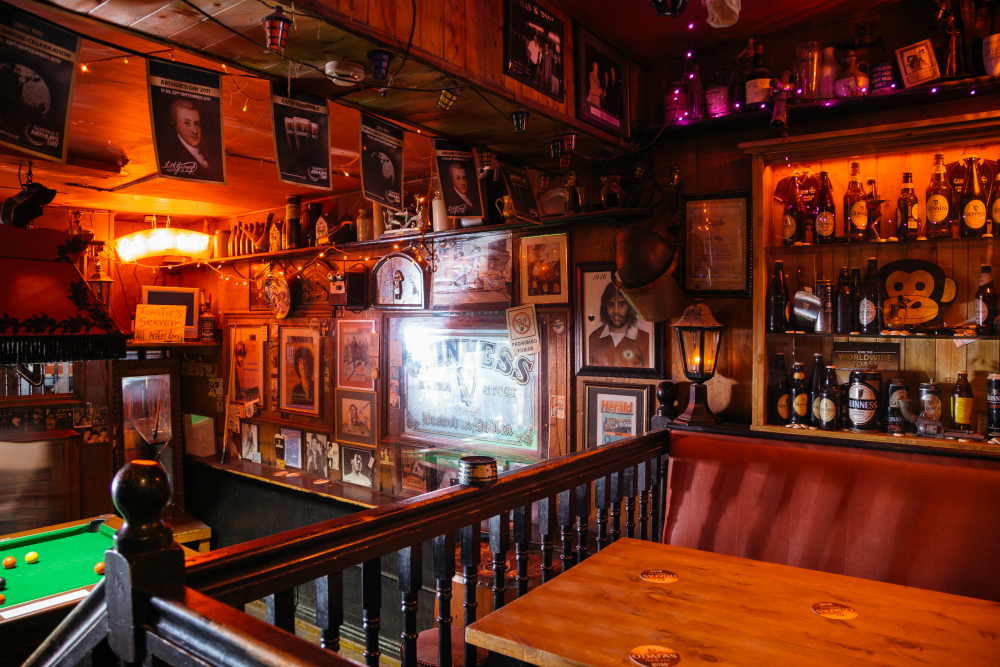 Posters of gigs long since past, crooked mirrors, countless American licence plates, a selection of brassieres and boots draped from load-bearing ceiling supports, the list goes on. Whereas this approach to interior decorating can, in newer establishments, read as an Uncle Moe’s Family Feedbag style performed kookiness, in Ryan’s case this sensory-overload maximalism plays as if it’s born of a space organically evolving as if in conversation with the action it houses. It’s as if the decor manifests itself independent of conscious direction. Like the walls might have a mind of their own, convulsing and undulating like some sort of Cronenbergian nightmare until a new curio forces its way through to our dimension from the unknowable, liminal penumbra that birth it.

Overwrought analogies aside, Ryan’s reputation was not established without grounds. It truly is a special space, A wholly realised and utterly specific vision that never veers towards the fussy or manicured. A vital inclusion in any catalogue of the city’s finer watering holes.