Abair/Samaa is a new commission by the Bealtaine festival. The piece is an intercultural choral performance by musical director Eimear Crehan, singer songwriter Farah Elle and theatre maker Rachel Bergin.

Inspired by the festival’s theme of Welcome and Hosting, Kilcock Men’s Shed Choir and Libyan singer Farah Elle come together to perform traditional sounds from Ireland and North Africa. 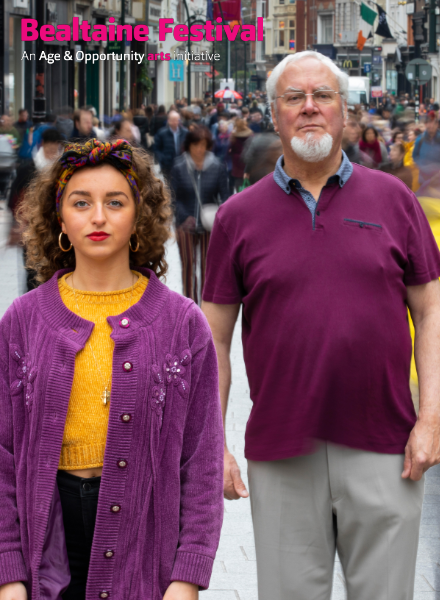 Through the common language of music Abair/Samaa (Speak/Listen) explores the connected themes of tradition, identity, otherness and emigration. Musical performances are intercut with moments of personal and historical reflections across generations, cultures and genders.