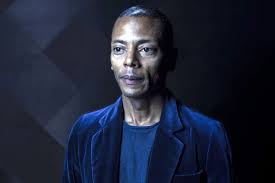 Where will Jeff Mills go when he wishes to return here next? And he’s not the only one we need to ask this question of. The looming closure of District 8 sounds the death knell of clubbing in the city for sets of any decent scale (1000 in this instance). As of now, it’s safe until the end of the year at least, but the future will be a lot bleaker in its absence. As the founding father of Detroit collective Underground Resistance, veteran producer Mills is an artist whose minimalist approach has shaped the course of techno. Catch him while he has a space and reason to be here.