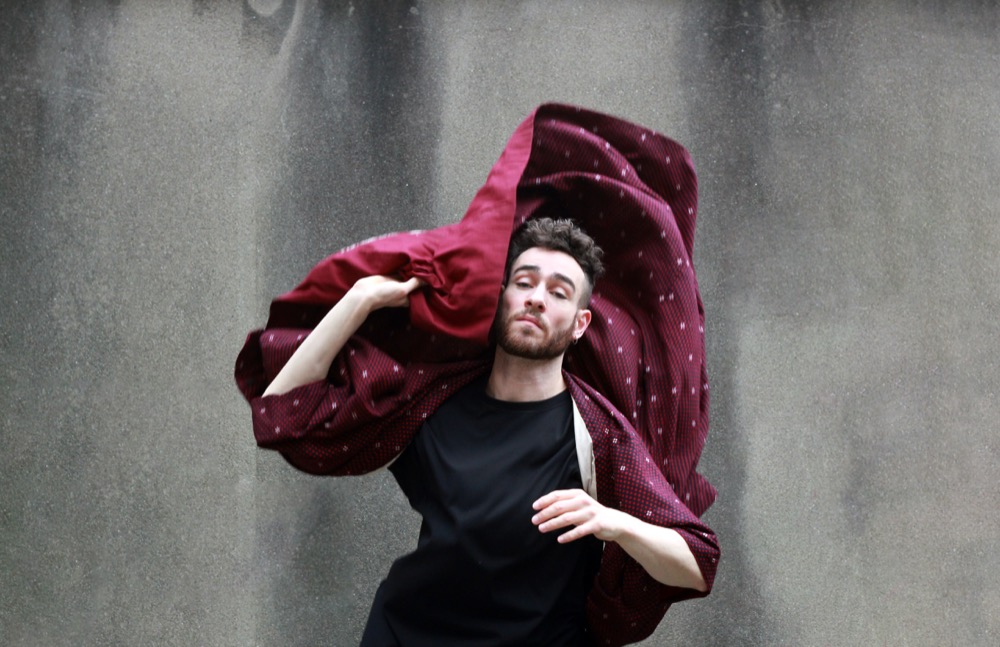 Ahead of his sophomore appearance at the Fringe with his latest show Nine Weeks, a mixed performance piece combining story, vocal, movement and text; tenor, theatre artist and performer, Séan Kennedy talks about memory, music and his mam.

“She’s been with me through this journey, this creation. It’s hers. That has changed me. I loved her. I love her. I miss her.”

The words on this page do limited justice to my conversation with Seán Kennedy. In speaking with him, witnessing the ease with which he can negotiate and access his emotions, and hearing the clarity and fluency with which he can express them is enviable. Or, rather, it would be, had the journey to arrive at such a point not been so fraught with hardship. Although of a young age, and for the wrong reasons, his is a life already well-lived; his personal history marked by moments of real difficulty and deep pain.

Kennedy’s upcoming show, Nine Weeks follows on from boy, which debuted at Smock Alley for Fringe in 2015. It dealt head-on with his childhood and adolescent experience of witnessing the brutalisation of his mother at the hands of his father. Audiences were confronted with the traumatic effects of domestic violence on his family – or what should have been a family – and the eventual departure of his mother from that situation. It was a show about trying to say farewell to the idea of having a mother to love him and care for him, and doing his best to adjust accordingly.

Nine Weeks opens with Kennedy not having seen his mother for some time, until he is sent by her siblings to Australia, where she moved to, to bring her home after learning that she was terminally ill. Setting out for Down Under, scant on details but with an open heart, he describes his arrival: “There was a whole shadowy, misty thing going on [and] a pounding reality quickly set in: her next husband, another man very similar to my father in terms of power and control, had carefully manipulated the situation to keep my mam separated from me and my sister. I just wanted to bring her back to Ireland. Her partner very quickly picked up on the fact that I wasn’t going to rock the boat and he tested my boundaries all the time.” In an instant, he was hauled back to his childhood. 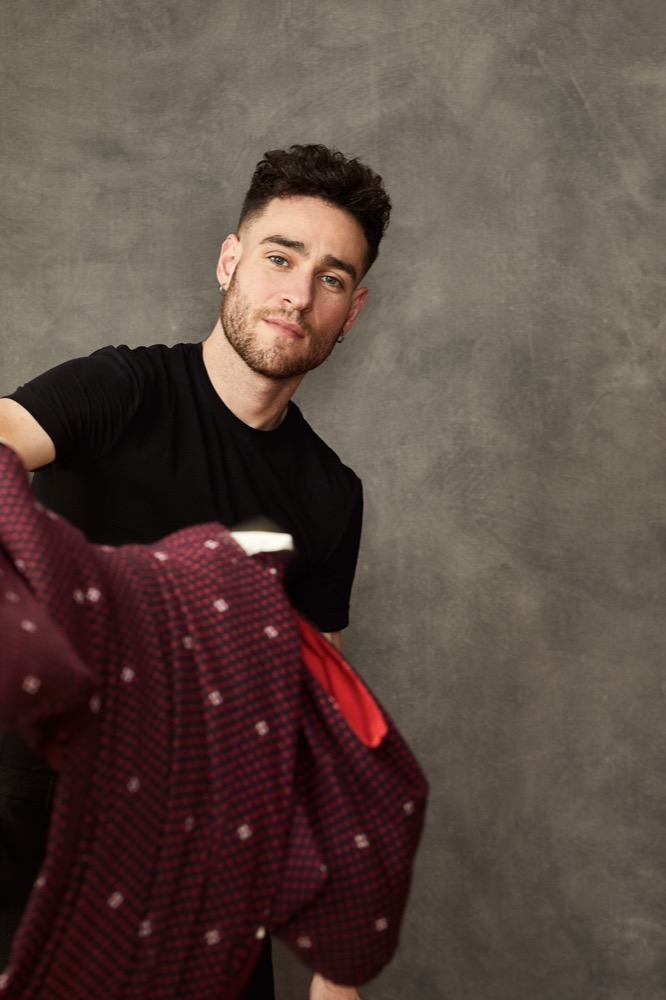 As in boy, the story told is punctuated by arias, performed by Kennedy, who is classically trained, as a means of offering a sense of reflection, freedom and peace for audience and performer alike. However, in the case of Nine Weeks, these have been originally composed for the show by Amanda Feery. These interludes offer him an opportunity to “emotionally let loose.” Having perviously described singing as something that causes him to “leave this world,” he describes this feeling of being taken away: “It’s like a beam shooting out of me and my mind goes to another place. I move in and out of reality. It feels very like crying. There’s a similar purging effect but it’s purer, less messy and out of control.” Inevitably, the sincerity of such expression draws out painful memories, concurrently modulated by a serene catharsis.

We all bear trauma and deep-seated hurt, often carrying it unbeknownst to ourselves, and not always truly aware of the diffuse or insidious way it can impact on our relationships with ourselves and others. Kennedy is lucky to be so readily able to grasp his, moulding pain into something productive, rather than allowing it to act as a destructive force as too often it can.  “[My trauma] is a part of me, like any other part of me. I can’t not be like this, I can’t not express myself like this. Whether someone hears me or not, it goes out of me and into the universe. It becomes a shared special experience with others, but it’s integrated into my person too. I’ve never even considered not being present with the pain that I feel,” he says.

His direct experience of seeing how emotions can be exploited, how they can manifest as hard, ugly forms, and harmful behaviours, has conferred on Kennedy a heightened sense of vigilance and intelligence: “I feel very sensitive to other people’s feelings and emotions; hurt, anger and all emotions,” he says. “I move through the world mindful of other people’s pain and feelings. My antennae tune into those. Sometimes I forget to keep a little of my own for myself, and when I sing I focus them back at people. What I’m learning from this process is that I’m overly conscious of what other people feel, or how they respond, and it’s never my intention to cause hurt or unhappiness. I don’t mind triggering someone in terms of feeling sad, in order to share the experience or bringing them on a journey, emotionally – that’s what I hope to do.”

Therein lies the key to Kennedy’s ambition for his audience with this work: resonance. He explains: “It is my intention that the people who come to Nine Weeks feel a part of it, that they’ve lived my experience in some way. Even if there are only moments, parts where I’m singing that lift them and their heart, and they think of their own mam, or family, and those precious people in their lives; those who we love and take for granted. I want to give people that little pang in their stomach that we suppress during the day-to-day, because you can’t walk around like an emotional octopus all the time! You can’t. A lot of the time we shut down on how much we really love people, on appreciating how special they are to us, and how deep and important they are in our lives. I’d love if I could unlock that in people during the hour of the show, so they start to swell with that lovely feeling. My dream is to massage that out of people. 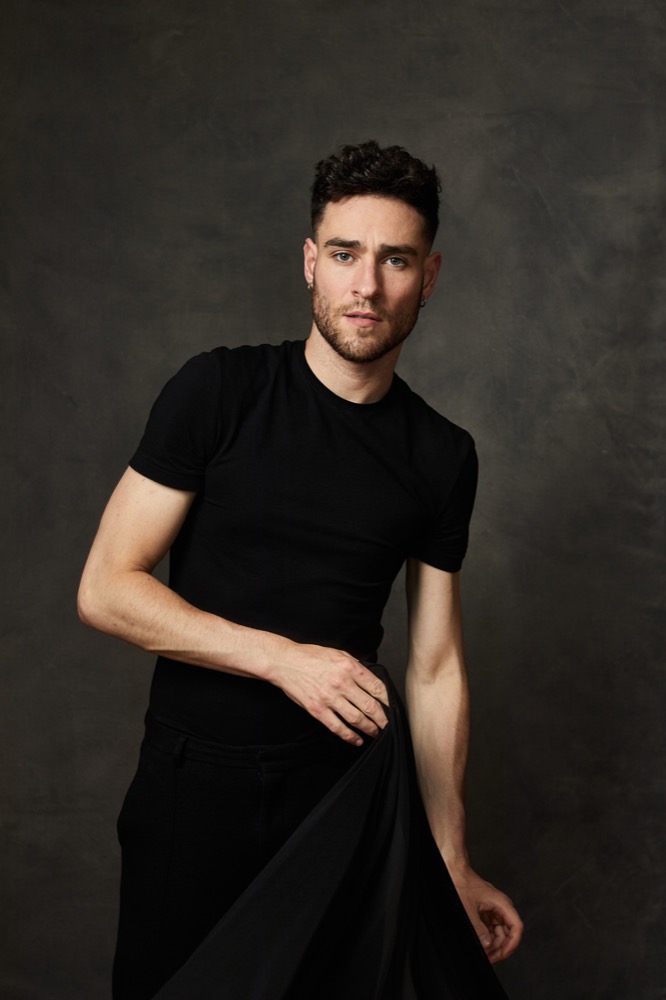 With his mother as the shared narrative thread weaved throughout and between both works, has Nine Weeks transformed his memory of her? Though not a question he has ever considered, it has: “So much of the show is recognising my mam’s struggle over her whole life; her struggle with horrible men, and understanding her fully, understanding why she did the things that she did. I’m celebrating her strength now, more than I ever have.” Working single-mindedly on the show since May, the process has been infused with the memory of what happened, unlocking reminders of smaller details and lighter moments shared between him and his mother. Things that can seem inconsequential and perhaps mundane to anyone but those who are lucky enough to share in them with a loved one.

And the show’s effect on his own self? “I feel transformed because I’ve had more time with my mam. She’s been present with me throughout this process. She has been. She’s so alive in my memory. Where her life and our story came to an end, temporally – I thought that was the end. It was’t. It was a fork in the road. She’s been with me through this journey, this creation. It’s hers. That has changed me. I loved her. I love her. I miss her. Who wouldn’t want to have the person they love knocking around with them, being present in some way? In any way. That’s transformative for anyone. You’re sitting there with someone you care about. It’s transforming you in real-time.”