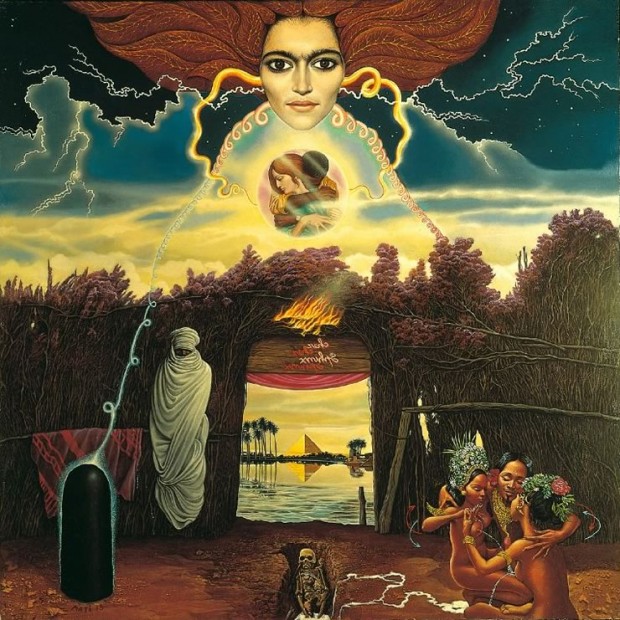 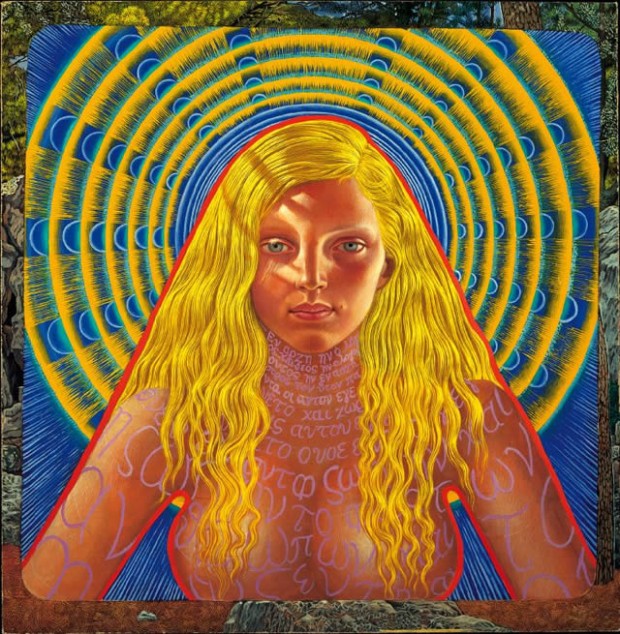 A riddle: what do Miles Davis, Santana, Earth, Wind & Fire, and Totally Dublin have in common? Answer: we’ve all had the privilege of having our work wrapped in the wild, hallucinatory, incomparable artwork of Mati Klarwein. These connected dots are a fitting reflection of an artist whose collection of sometimes vastly unconnected imagery into one coherent tapestry is evidence of a most singular mind at work.

We are now ensconced in a post-physical age of music consumption. Striking album covers still exist, but their vitality as forebears of a musical odyssey yet to be embarked on has eroded, not just since the advent of digital distribution of albums, but since the compression of format size right back to cassette tapes. The canvas of a gatefold 12” record that, like Miles Davis’ Bitches Brew, might reach hundreds of thousands of collections, might exist as a past format, but the content of Klarwein’s work exists in a nether space not effected by the denigration of time – an imagination that is accessible, at least visually, by all viewers.

Klarwein’s work is born of fusion which perhaps only his own polyglottal upbringing could allow. Born in Hamburg in 1930 to Jewish parents, he was raised in Palestine until Israel’s establishment in 1948. The religiosity of that most contested of spiritual grounds translates into his works as what he defines as “the undefined religion of everything”. Klarwein moved to Paris where he was exposed to Dali and Fuchs, his greatest temporal influences. It was in New York City he adopted the Muslim name Abdul, an act of blurring his own ethnic boundaries, the same boundaries which merge in his artwork. 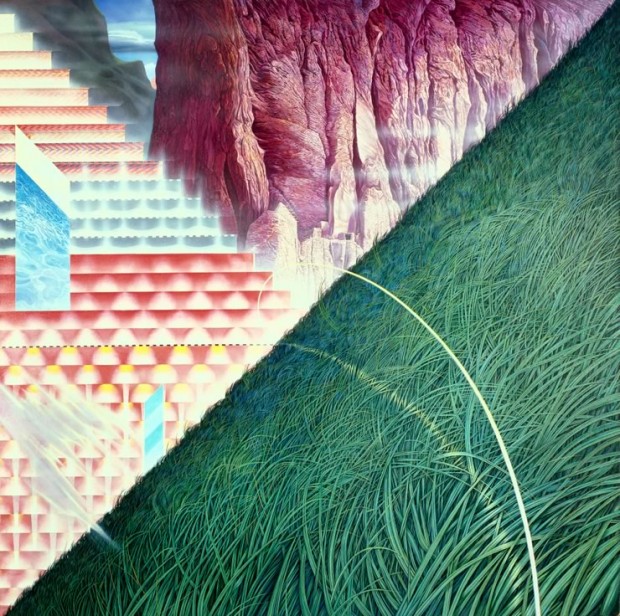 Psychedelia in art, like a friend who insists on regaling you with the minute details of their dreams, can so often present an impenetrable subjectivity and self-indulgence that is unrelatable. Klarwein’s semiotics are no more transmutable – it’s just that his dreams, and his articulacy in expressing them, is so much more magical.

As we move towards an age of transnationalism, where ethnicity becomes less how we define ourselves, but more a touchstone for self-expression, and interconnectivity is creating mutant culture that transcends its individual source, Mati Klarwein’s work appears all the more visionary. 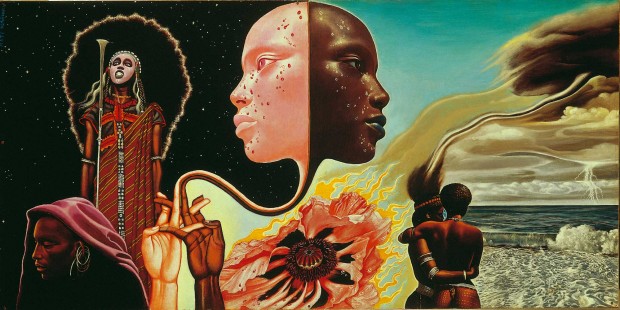 The aesthetic cornucopia of his work will be on display as part of the Beck’s Vier Rhythm Weekender, courtesy of ChoiceCuts, in Filmbase from the 15th – 21st October.