Shhhh! Inside The Library Project 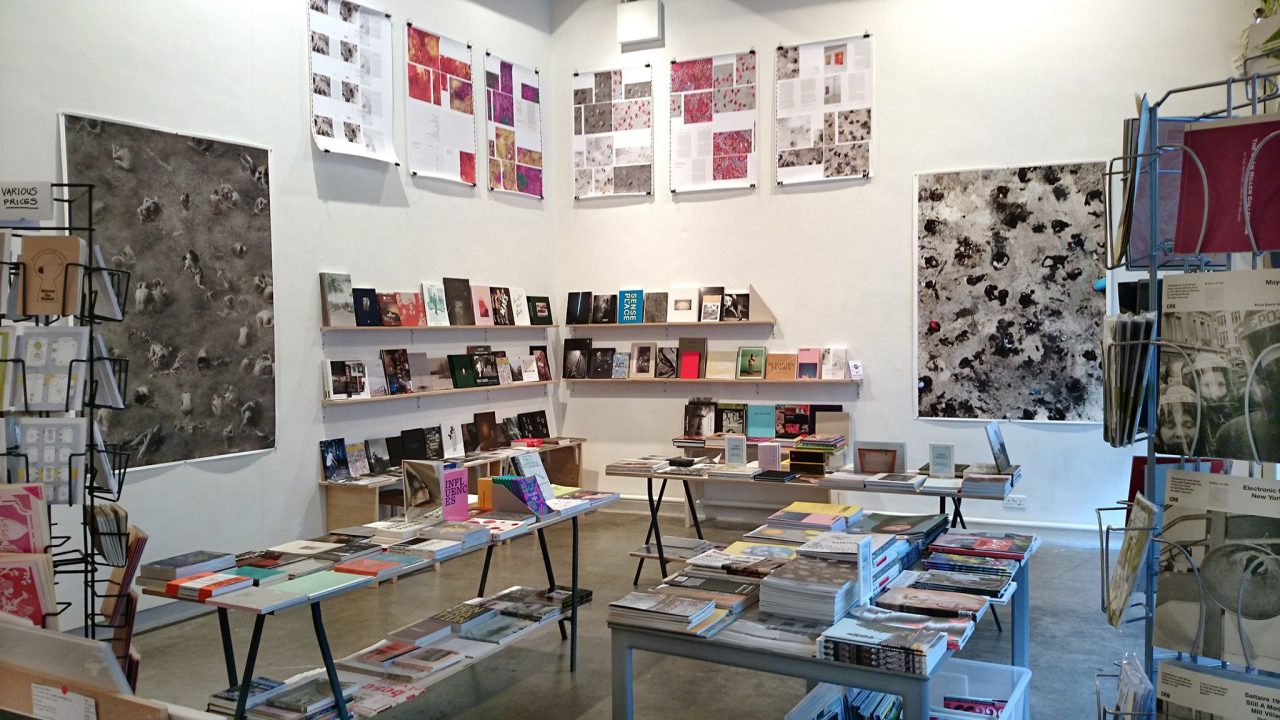 Some of Dublin’s most modern and impressive cultural institutions and wildly overpriced pubs that specialise more in propagating diddly-eye leprechaun culture have both sat side by side in Temple Bar for some time now. When Monster Truck Gallery vacated the prime spot along Temple Bar’s main thoroughfare there was curiosity abound for who would take up residence inside that great big window and, not long afterward, The Library Project popped up.

Now, almost a year on, The Library Project has settled in and is providing an incredible resource for photographers and the average punter alike.This month sees TD turn 10 inside those hallowed walls so we caught up with Ángel Luis González and his team to find out how you end up running a library at the epicentre of Dublin.

The Library Project’s first iteration began as the Book and Magazine Fair as part of the PhotoIreland Festival in 2011. The team behind PhotoIreland quickly saw that this kind of resource was a valuable one, a collection that included all the latest photography publications from photobooks to zines and spanned many areas of image culture. After brief spells in Steambox and the Copper House Gallery – where The Library Project lived alongside PhotoIreland – the Temple Bar location has been the first time that the project has been able to take pride of place as the main focus, though PhotoIreland still operate from it. “It has always been a case of multiple personalities,” Ángel explains, “but since 2011, when we first showed the collection, we realised that we had a responsibility to show these works, and when we decided that we were going to continue doing The Library Project we changed the way we communicated ourselves.”

Now the identities of both festival and library are intertwined but serve very distinct purposes. The Library Project offers a strong educational resource, hosting student visits regularly throughout the academic year, from local colleges and universities like IADT and DIT to groups from South Eastern Regional College (SERC) Bangor and Limerick School of Art and Design amongst others. On top of this they run a bookshop that seeks to reflect the Irish cultural publishing landscape: “We try to stock books from all the galleries and studios in Ireland from Mother’s Tankstation to the Douglas Hyde Gallery. We want to be an outlet for these organisations and also local publishers, from established publishers like Mercier Press to really small publications like Póg Mo Goal. Of course we also have all the photography magazines like Blow Photo and Source but we want to show what else is happening in Ireland.” This brand of bespoke cultural bookshop is one that you’ll often find in Europe and as part of larger galleries, but remains a rare occurrence in Dublin. Ángel openly admits to modelling The Library Project on other multi-use spaces in Europe including Le Bal in Paris and Tipi in Brussels.

However, operating simply as a bookshop and library has its limitations and, as its predecessors have shown, this building is a prime gallery space. Having worked on a successful photo festival for several years Ángel is also wary of the best ways to present work explaining: “We tend to have quite short exhibitions, usually for a week or two because in general people will go to the opening of an exhibition but will rarely come back. This way we feel more artists get to show off their work.” Following an open call for events shortly after they were granted an 18-month lease, the space has been used for everything from an exhibition of art inspired by Bill Murray in collaboration with Hunt & Gather and OFFSET, to their most recent exhibition, Pigment, that features some of Ireland’s top photographers depicting the art of some of our most talented tattoo artists hailing from Ireland and beyond. But the exhibitions haven’t been limited to just photographs: “We had a group from NCAD that were playing around with the idea of tapes and video productions and then they made a little magazine to go with it. There’s also been a lot of graphic design, particularly when we hosted an exhibition from Making Space who worked primarily with graphic designers and that’s something we’re interested in.”

Temple Bar is somewhat of a hub of photographic resources with the National Photographic Archive and the Gallery of Photography just a stone’s throw away in Meeting House Square. But far from feeling like the landscape is becoming too crowded, Ángel believes that The Library Project has a patent responsibility to emerging photographers and artists to show their work. He is also keen to develop an audience that aren’t necessarily camera buffs: “In the collection, even though it is a great resource for photographers, we also hope that people would enjoy the design and presentation of the books and the styles of the people that have created the publications. All different types of papers, inks, fonts; it can serve as a resource to artists as well as photographers.” The location also helps to draw in passing trade and invite tourists to embrace the cultural side of Temple Bar in the downtime from excessive hen-partying.

What’s perhaps the most remarkable aspect of the whole operation however, is that fact that it is run entirely on a volunteer basis. PhotoIreland General Manager Sinéad Corcoran began volunteering more than a year ago on both sides of the business and has a background in Visual Art, meanwhile Volunteer Coordinator Claire de Lacy originally studied an audio-visual course in Tallaght but, having veered into the legal sector, wanted to get back to her roots through volunteering on a project such as this. The passion is tangible, but ventures such as this struggle to cover costs and provide any kind of wage for the staff required to run it.

The medium of photography in particular can be difficult to quantify in monetary terms as Ángel points out, “We have gotten used to not paying for exhibitions and I don’t know if that is correct, because when you think about going to a gig you know you’re going to pay money, when you go to a gallery you are also going to consume the art that is on the walls and I think maybe we need to change our mindset.” Nonetheless PhotoIreland has been going from strength to strength in the four years since its inception and events at The Library Project have been incredibly well attended. With increased pressure being put on bookshops around the country, a multi-use space like this needs to be inviting and accessible in order to sustain itself and this is something that The Library Project has strived to achieve in an area where the clientele can sometimes feel sorely mismatched with the offering. As Ángel puts it, “It’s supposed to be the ‘cultural quarter’ and there are many active galleries in the area, but there is also another type of culture that has taken over. You can have really modern exhibitions sitting alongside pubs that embody all of the Irish stereotypes. What we’re trying to do here is create something that engages both types of people, we hope it feels like an open space that everyone can enjoy whether they come from an artistic background or not.”

Totally Dublin celebrates its tenth birthday with the launch of issue 120 on Friday 5th September at 6pm in The Library Project, Temple Bar.