There’s an old red fire station on the main Rathmines drag. It regularly has its large, double front doors open onto the street, but there are no fire trucks inside. Instead, you’ll find art. The building is the home of MART, an artist-led arts organisation that presents exhibitions in Ireland and abroad, offers residencies, and leases studio space in different venues around the city. This month sees the organisation restart their exhibition programme (after a six-month hiatus) with an 18-month schedule of solo and group shows, thanks to a grant from the Arts Council.

MART grew out of the friendship between co-directors Matthew Nevin and Ciara Scanlon, who are both practicing artists (Matthew makes video-based work while Ciara works with new media and performance). What began as a decision to make an exhibition together in 2007, has since mushroomed into the busy organisation MART is today, with over 170 members and a network of studio spaces in venues around the city.

The ethos of MART is inclusivity, resulting in programming that features artists from all stages of their career. There’s a sort of patchwork character to the space and the organisation, an all-comers-welcome front that leaves itself open to possibility. “What’s great when you have your own space is you can say yes to anything, as long as it’s safe. The artists we work with do try to experiment and do try to take risks,” explains Matthew.

When MART began in 2007, Matthew and Ciara felt the artistic landscape in Ireland was dominated by painting, and that there were less avenues for showcasing and facilitating work in new media and performance/live art. Their remit has always been to focus on these disciplines, as well as installation and sculpture. Between 2007 and 2012, when they acquired the fire station in Rathmines, the organisation focused on international exhibitions, bringing Irish artists to show work outside the country. Not wanting to be dependent on funding from outside sources, their model is based on studio rental, with a 50/50 split between artists and creatives.

But the institution is moving into a space where they feel they can and will ask for more funding from the Arts Council. “We realised something recently that was game-changing in the way we approach looking for funding. When an artist doesn’t get funding, they don’t make their project. But when an organisation doesn’t get funding, it affects lots of artists. It doesn’t affect the people who run the organisation, it doesn’t affect our quality of life.” 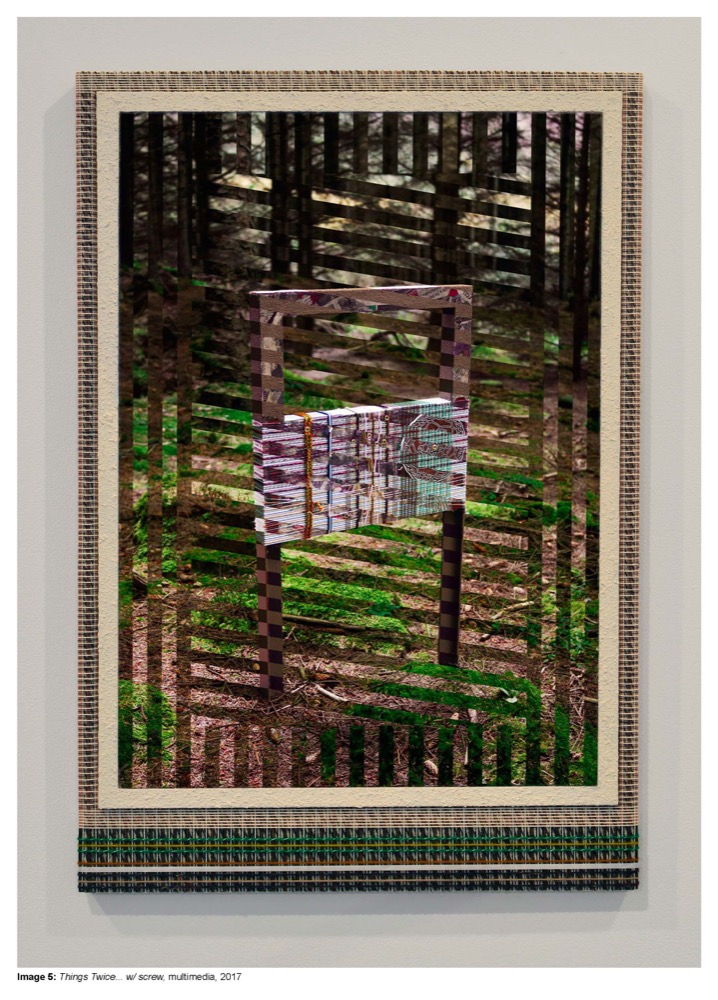 Though MART’s initial focus was on new media, installation and sculpture, and less so on painting, ‘the 2D space’ is an area Matthew says they’re moving back into as they’re seeing more and more recent graduates focusing on painting and less on new media. This is apparent from their upcoming exhibition programme, which opens on 14 September with David Lunney’s Things Twice (multiple times) (until 1 November). Lunney, who is a member of Talbot Studios and graduated from NCAD with a BA in Fine Art, creates work that both embraces and challenges the confines of the frame, using photographs of sculptures installed in the Dublin mountains as source material. Frames for the resulting images are handwoven in a fictional vernacular Irish style: neo-Celtic Baroque.

In March/April 2019, the programme continues with a solo show by Jane Fogarty, a Dublin-based artist whose work explores the 3D elements that underpin paintings: surface, support, structure, materiality, time, composition and colour. Following Fogarty in the programme will be James L Hayes in July/September 2019, whose practice draws on modernist sculptural language while interrogating ‘the boundaries between artist, artisan and art object’. The programme concludes in September/November 2019 with Richard Forrest, who works across sculpture, new media and installation to explore glitches in human perception and the influence of technology on our relationship with objects.

Alongside their newly launched exhibition programme, MART are also launching a pilot multidisciplinary contemporary Irish arts centre in LA during summer 2019, something Matthew says they’ve been working on for a while: “We’ve been exhibiting there since 2011, working towards this, building relationships and networking with partners over there. The intention is to showcase what we could do if we had a permanent space there.”