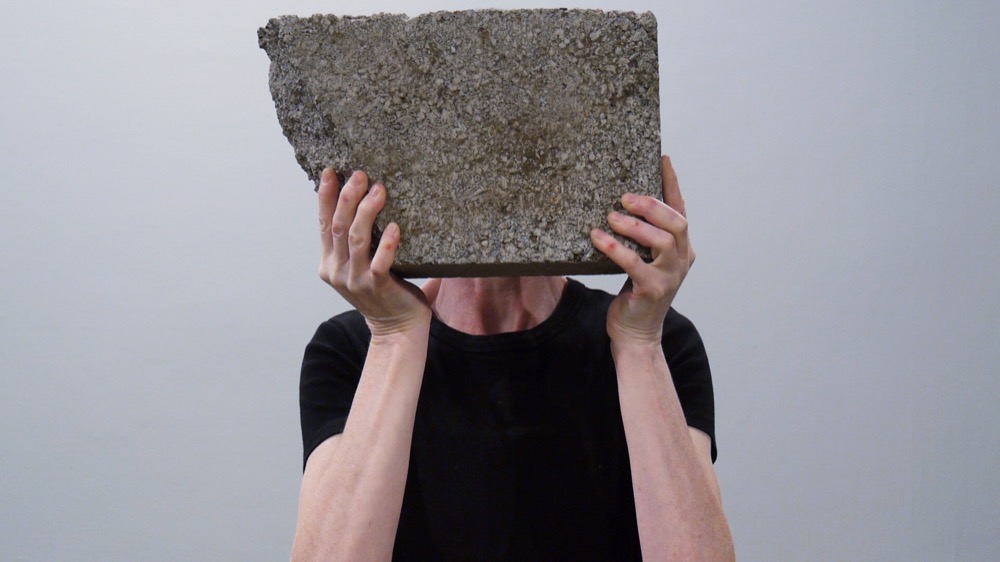 Project Arts Centre‘s rediscovery of its past brings Sandra Johnston back to Dublin for Wait It Out, a feminist reflection on the Northern Irish conflict regarding the legacy of violence and peace as unfinished.

Sandra Johnston first exhibited in the Project Arts Centre in 1998, the year the Good Friday Agreement was signed. The offsite piece in the now derelict Ormond Hotel was an exploration of the previous occupier of her hotel room. The work, at least on the surface, was completely removed from the political context she had come from. Johnston describes herself as “an escapologist” having escaped from Northern Ireland and attempting to inconspicuously blend into Dublin. Now, Johnston is proud to call herself a Northern Irish artist, consciously neither Irish or British.

Wait it Out negotiates personal and historical narratives in relation to the reverberation of sectarian violence in Northern Ireland and reflects upon the uncertain early days of the peace process and the climate of unease which motivated Johnston to relocate to Dublin in 1997. The work is split into two main parts Overprint and That Apart. 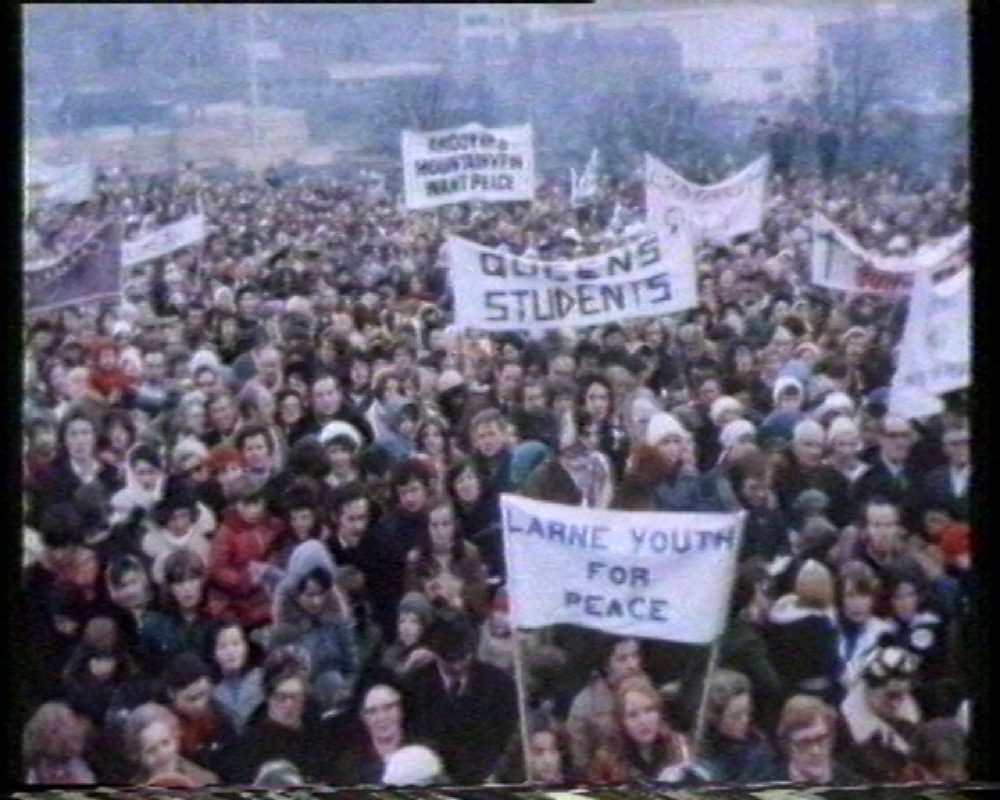 Overprint builds on material gathered for Something You May Later Rely On (2004) which include unedited archival news footage and personal videos connected to the conflict in Northern Ireland with individuals from the peace movement. Specifically, the voice of Mairead Corrigan Maguire, who founded The Peace People and was awarded the Nobel Peace Prize in 1976. Johnston argues this prompted an unfair masculine interrogation and paramilitary undermining of the Peace People’s objectives. This is combined with footage made by Johnston after she experienced a sectarian attack and was left violated, angry and agoraphobic, revisiting the site using the words of Maguire for empowerment.

That Apart, Johnston describes as a “hybrid collaboration” with moving image artist Richard Ashrowan. It is neither performance nor film. Johnston uses her body in the present tense to process her memory, working with Ashrowan to film hours of footage that combine new material, whilst revisiting movements from previous performances and materials that felt unfinished. “When working to a camera you have the time to repeat until the movement is exhausted… not just physically exhausted but haptic, until the meaning no longer resonates.” For a performance artist Johnston is uncommonly shy. “I would love no images of me at all, but it’s necessary,” she explains, “my body is an encyclopaedia of what I’ve lived and the past.” This is presented as a two-screen projection in which the same material is independently edited by both artists. This creates a visual dissonance in how the same material can be reconstructed, rather than, perhaps, the usual authenticity expected of performance art documentation. Documenting performance art is something Johnston feels strongly about, even to the point she feels it could have hurt her career. “I once had five years’ worth of work in ephemeral art and thought this could be career suicide.” 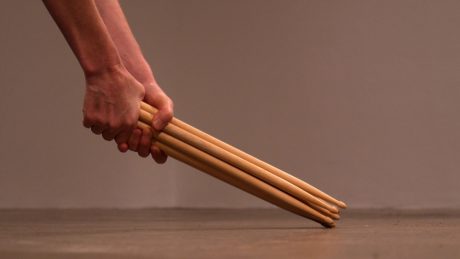 Johnston regards her work as closer to sculpture than theatre. Her body is just one of the materials she uses, found artefacts or considered objects that have had a life before the work take on new identities in the piece. For this installation, she has acquired 1980’s British Army boots and drumsticks addressing her own family’s involvement with the British Army and marching bands that always feels like something that should never be spoken about.

The exhibition is unique not just for its subject matter – being given a platform to reflect on Northern Irish identity, particularly from a female with a Protestant background is rare in Dublin – but the investment in the medium. “This exhibition at the Project is so important, because of the scale,” Johnston explains. It’s unusual to see this level of trust in a performance artist in the UK and Ireland.

Curator, Liěvia Paeldi explains the commission came out of the fifty-year anniversary last year and involves recognising Project Arts Centre as one of Ireland’s oldest public institutions through an ‘active archive’ that learns from the talented artists that have developed their careers there. Project remains a significant space in Dublin for performance artists and can claim credit for launching careers such as that of Nigel Rolfe, Alistair MacLennon and Sandra Johnston.

Paěldi explains the significance of learning from the past for the institution to grow. “It makes us rethink the changing conditions of artistic labour and production, the agency of artistic and curatorial work in relation to economic, social, and political institutions and power, the status of exhibitions and the role of public institutions.” 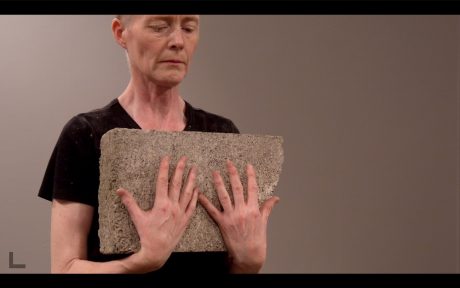 When she approached Johnston to develop new work last year the original concept was to revisit documentary material from her time living in Liberties during the Celtic Tiger, yet examining the archival material compelled Johnston to confront her own anxieties and feelings of dislocation created by Brexit. The influence of the Celtic Tiger on Dublin arts is significant and something Johnston does explore from her approach. Paěldi describes her interest in Johnson as being able to “bring together close observation of social and political situations” but also her “reflection on the practice and operation of performance and the liminality of the body, to show how often overlooked gestures become signifiers of complex realities.”

Although her piece has moved away from its initial conception as a reflection on the ‘Celtic Tiger boom’, by virtue of her medium, Johnson is highlighting an absence of mainstream platforms for Irish performance artists in Dublin today. This legacy has, according to Johnston, shaped a commercial art culture that favours art as a product to be exchanged. Often when performance artists are included in an exhibition it will be treated as an event or performance at the opening night, which Johnson regards as “derogatory” to her practice and resists. She exclaims, “It’s like performance artists are treated as entertainment for while people are having a drink.”

There will be people in the audience that will be familiar with her work, but also new audiences that will have the opportunity to experience art in a new way. Johnston hopes Dublin audiences connect the archive material with the physical performance. “I hope it prompts people to think of the legacy of violence as unfinished and the legacy of peace as unfinished,” she explains. 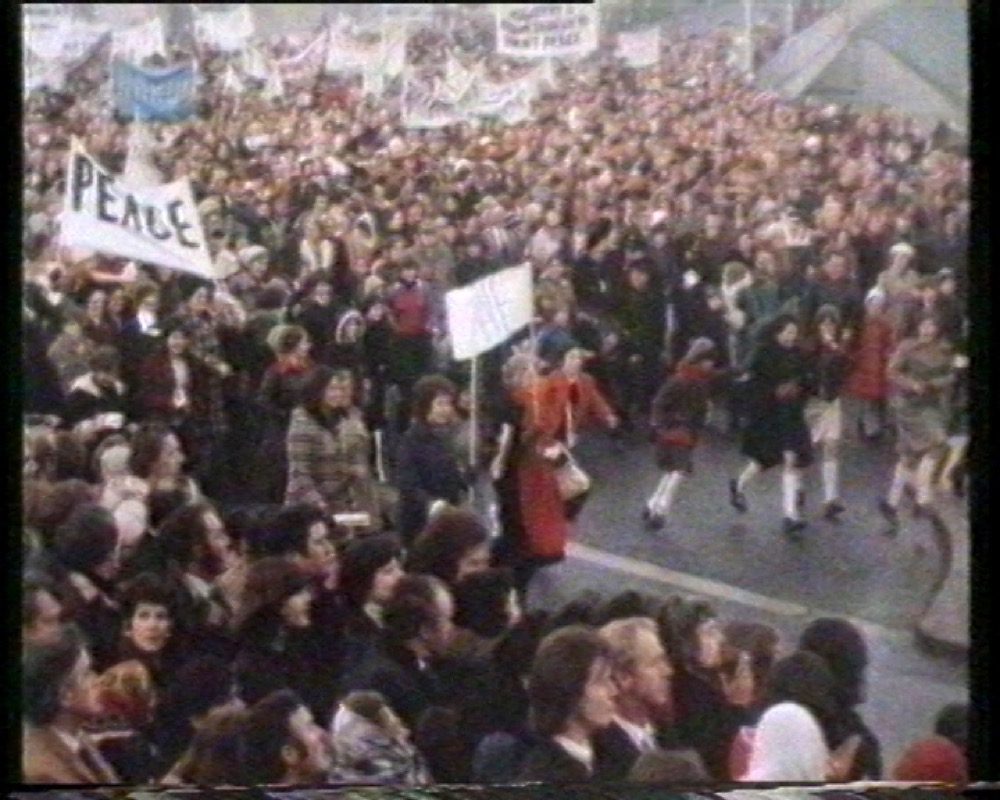 The increasing commodification of the art world exists not only in the financial exchange but the way audiences consume art through social media. As Johnston outlines, “It doesn’t matter how big a sign you have saying no photography, just by virtue of having a smartphone there are some people that have held a camera in front of me and recorded a live stream.” This approach to using art as a way of presenting themselves as edgy or creative, according to Johnson, violates the contract between the artist and the audience. “The biggest compliment someone has given me is to say thank you for the performance, I really wanted to photograph you but didn’t,” because that shows they respect not only the artist but also understand the complexity of what they are part of and the part they play as witness. Johnston adds, “at its best performance art is a contemplative art work. It’s not experimental theatre or pushing yourself to the edge of life, which is how a lot of people view it, it’s about re-sensitizing human interactions.”

Wait it Out is now running in the gallery of the Project Arts Centre until Saturday October 19 (11am-7pm).