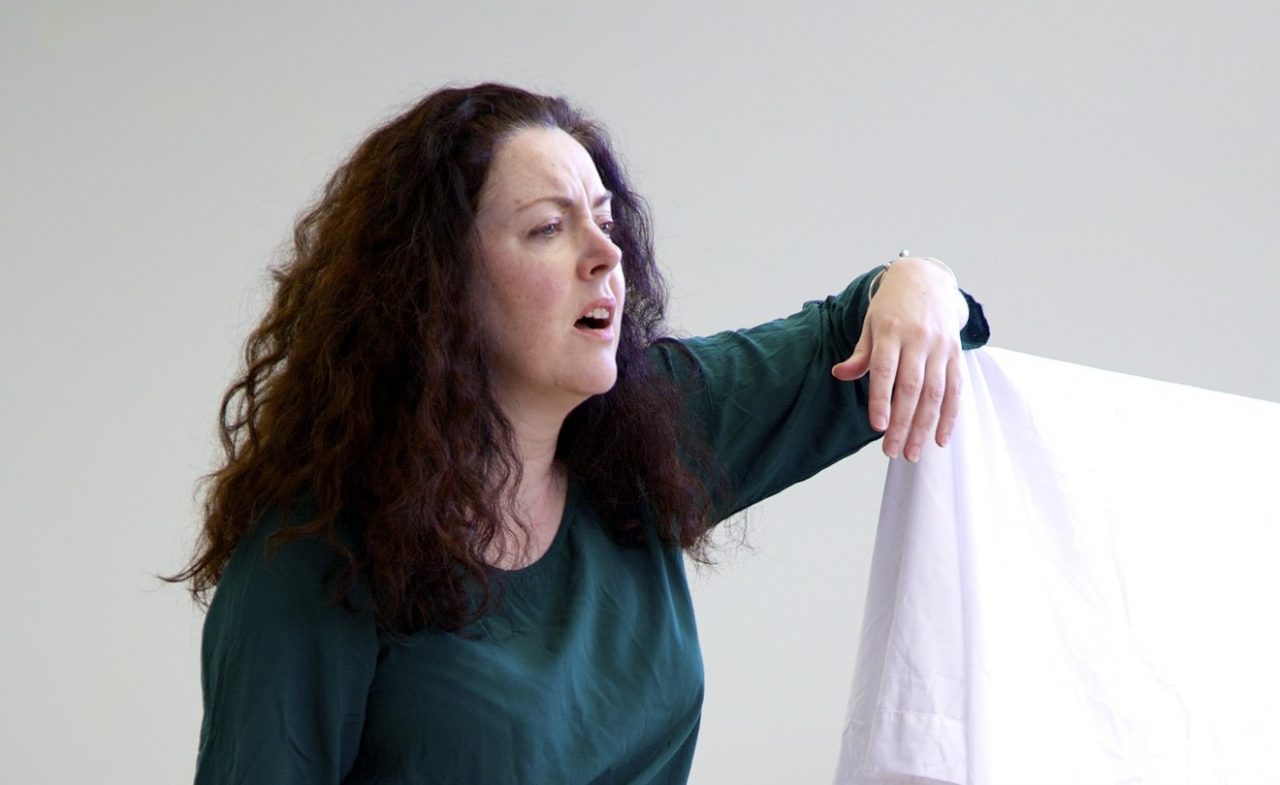 Anyone who has ever seen her perform knows that there is a special communion between Derbhle Crotty and her audience. As soon as she leaves the stage there is a general sense of longing for her next appearance. One of Ireland’s best-loved actors takes us through Best Man and the solace of comedy.

This is Carmel Winter’s (B for Baby, Embers, Snap) new play. It’s billed as dealing with the “intoxicating height of the boom.” Is it a boom play?
It isn’t a boom play. It does come into it, the woman I play is an estate agent, but it doesn’t overshadow it. The play concerns itself with the relationships in the family. There is really scant reference to the world outside. The character I play is the main bread-winner and the husband is a stay at home dad, who happens to also be a novelist. Really it’s the dynamic of the woman going out to work that makes up the central part of the play, and family relations and power plays. She has a great breadth of imagination, and isn’t your usual plot line.

When did you first sense you had a knack for acting?

God, I don’t know that I think I do even now… I was in DramSoc in UCD. We did a very professional production of Cloud 9 and I played three very different characters. And I could tell there was something there, something was being communicated. It’s a sensory thing, you can feel there is a communion, an awful amount of energy being focused onto you. There are some characters that you can very quickly give the audience a taste of. They immediately take to them, and you come on and they recognize you. It’s an extraordinary thing when you come on and people immediately know who you are, they’ve identified you and they’ll back you up. Never any harm being funny. Audience’s are always interested in a survivor, someone who can use language to cope with the world.

Do you think that as you’re career has developed you’ve found yourself playing comic roles more and more?

Yes, as I’ve found myself much happier to let the comedy side take over in a more effective way. Possibly, just possibly, when I was younger I was more in love with tragic elements, of creating a big emotion and communicating that. As you go on you realize that you cherish certain aspects of personality more, and comedy is one. There’s no harm being funny.