What We’re Listening To: Girl Band, Hare Squead And More 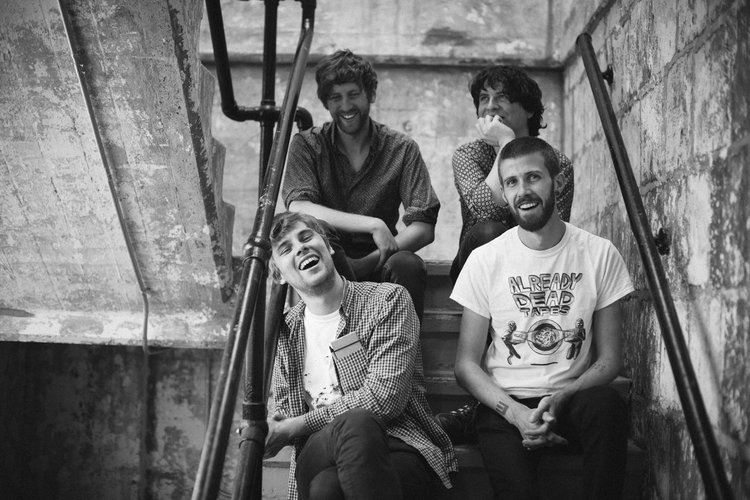 Girl Band – Going Norway
We’re only less than a month away from a new Girl Band record, something we couldn’t have even hoped for a year ago, and what we’ve heard so far is only getting us more and more excited. New single Going Norway landed in August, and in classic style Girl Band style, it’s a powerful blend of force and control. Listening to Going Norway feels like finding yourself in the middle of a house of sound that’s falling apart around your ears, until you realise that they’re in control of where every brick lands (look, forgive me this laboured metaphor, I got in too deep before I twigged it was running out of steam). The Talkies lands on September 27, and if you miss it you’re an idiot, quite frankly. You’ll also find them at Vicar Street at the end of November.

Gadget And The Cloud – Keep You
Gadget And The Cloud is the musical baby of Cork-born, Dublin-based producer Kelly Doherty, and she says her latest single Keep You meditates on the fact that “Every day we’re at the mercy of a constant stream of negative information about the world around us. It’s hard to exist when you’re always aware of injustice and hardship and it’s easy to feel hopeless”. Keep You’s clean sound and purity are a powerful counterweight to the online information hail, a relatively simple piece of electronica that lets the listener lock into and lose themselves in the thumping beat and glittering soundscape, a refuge from the noise.

The Wha – Innocents
Hailing from Kilkenny, The Wha are Ireland’s newest and shiniest indie kids, just signed up to London feeder label Chess Club. Being so young (the four-piece are all 18) and so early in their careers, they’re still heavily indebted to their idols, and anyone listening to debut single Innocents will hear plenty of the ghosts of the Libertines and early Arctic Monkeys floating around the song. But there’s enough of their own energy and charisma in it to make them stand out from the legions of other kids making this kind of music, and Innocents is just under three minutes of fuss-free fun, that points towards a bright future for this gang. They play Dublin as support to FUR at Whelans on September 14.

Gilbert – Gilbert’s Dead
Cork group Gilbert (who actually, as hippies are wont to do, call themselves Gilbert, Or The Unfathomable Loneliness of the Deep Space Prospector, but I’m not typing that out every time or my editor will accuse me of cheating on my wordcount) put out an LP back in March entitled West Of Space, and now the release of a video for the track Gilbert’s Dead gives us a chance to revisit it. It’s a piece of star-scraping country-rock stretched into something long, wide and weird, and now it comes with a suitably spacey video by Emily Power.

And right at the end of summer, Hare Squead have popped up with a track perfectly suited to the season. Petty is instantly addictive, a hyperactive, skittering dancehall track, ideal for both soft afternoon summer parties as well as tight, intense club nights.  Lilo and Tony Kornstone step neatly and nimbly through the song’s rhythm, and bring in Shauna Shadae to add a smooth glow to it with her vocal, as well as recruiting Wusu for the hook.