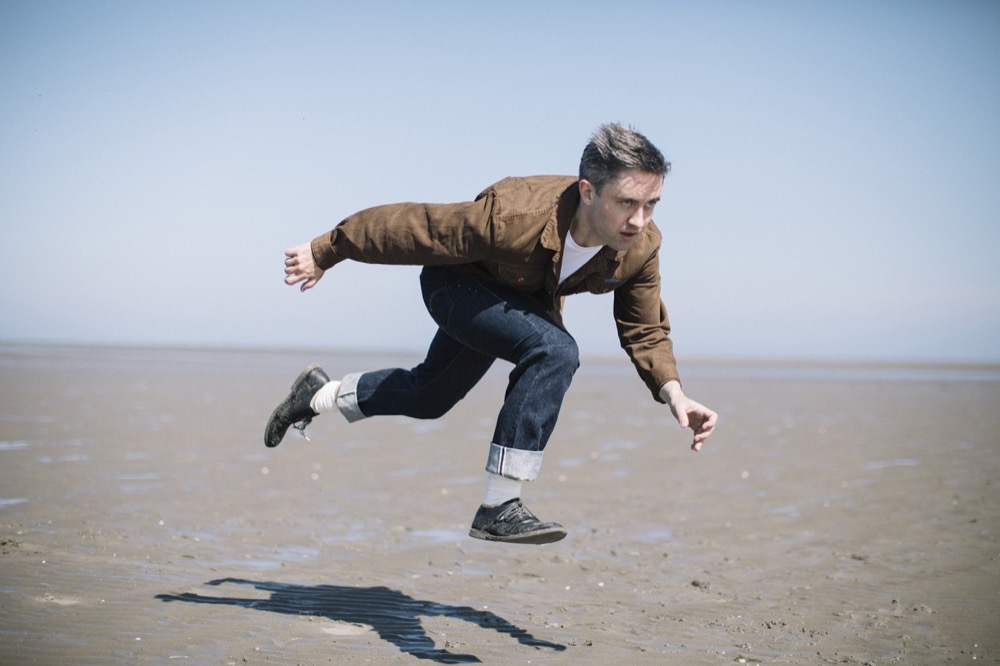 Conor O’Brien is one of our most treasured. In advance of his latest album, he talks about the art of shitting in corners, his evolution as a musician and the benefits of having a wedding tune in his arsenal.

Beaming behind a glass of red wine, Conor O’Brien couldn’t appear more at ease – far removed from the prickly bag of nerves we’ve been conditioned to expect from our soul-bearing troubadours. To some extent, O’Brien’s easy demeanour shouldn’t come as much of a surprise, his lauded 2015 album Darling Arithmetic was, amongst many other things, the sound of a man unburdening himself; a record so steeped in catharsis that it justifies the rolling out of that, the most trite of musical descriptors. Villagers’ debut Becoming a Jackal garnered the fledgling project a healthy fanbase and received its fair share of critical plaudits, even reaching the pole position in the domestic album charts. But, it was with Arithmetic that O’Brien seemed to blossom into a particularly vital figure in the Irish music scene and broader culture at large. Breakout single Courage is surely already earmarked to soundtrack jubilant scenes surrounding the marriage equality vote in a future edition of Reeling In The Years.

With recent singles A Trick of the Light and Fool, O’Brien has aired a somewhat mutated version of the typical Villagers sound. Showcasing a sound that flirts with soul, pop and electronic music, O’Brien and I agree that this new iteration is “boppier” than the act have ever been before.

“Touring that last album, I did to death that whole intimate whisper in your ear thing” explains O’Brien. “It was very intense, I met lots of people after the shows and had really emotional heart to hearts with people who had problems with their kids coming out to them and stuff like that. It was a really heartwarming but also really tiring experience. When I started writing this album, I was thinking about touring and what I wanted to get out of these songs. I felt I couldn’t go any further into that introspective, intimate thing. I thought about what I was listening to and it was a lot of groovy soul music. I thought to myself, I’m allowed to try that! I was listening to all these things that were kind of the antithesis of a guy with an acoustic guitar laying his heart on a plate… though that is literally what I’m doing in the new video” laughs O’Brien in reference to the wonderful Bob Gallagher directed clip that accompanies Fool.

O’Brien’s characterisation of allowing himself to play with a different songwriting palette is striking. Did he feel like there were restrictions placed around what was and was not permitted under the Villagers moniker?

I’d have thought the corner is probably the most sensible place to shit but how and ever.

“I wanted to make music that was entertaining and I’d never really thought in those terms before. I’d used music as a very therapeutic thing and now I’m feeling like “Fuck! music can be entertainment, it doesn’t have to make you dig in deep. Once I’d let myself feel that, it all came quite easily. I think the depth is still there though, I’ve already locked myself into that mode of writing and it’s never going to not be there. But now, I’ve made music that you can kind of just get off on without going there.”

Comparatively buoyant as some of the work is, there is still plenty going on just below the surface.

“You can still sense there is some weird pain going on with each song, there’s a reason I felt the need to sit down and write all these pages of notes. But there’s a freedom in there too. You’re laughing at it. You’re like ‘I’m on top of this’. It’s not something to mope about – we’re all in this shit together.”

Hearing O’Brien dissect his new approach and reflecting on his newer material in relation to old, I wonder; with a few albums in the rear-view, can he begin to take a more holistic view of Villagers body of work?

“That’s interesting. For me, my records are documents and I might not like everything in them. I definitely know some of them are embarrassing photos with bad haircuts and other ones are a bit too heart–on–their–sleeve maybe. But, I know that all of it’s valid and I kind of like that they document where I was at the time.”

“I think about it sometimes. For me, the same idea is also applicable to a shorter period of time; like making an album. You’ll write 3 songs and think ‘fuck, do I want to make something that’s really cohesive or do I want to let myself stay free, keep writing songs and hope that they have some sort of subconscious connection’. I teeter on the brink of all those things, always fail on most of them and by the end you have this big mess that you think is a disaster and then you realise there is something happening and that’s kind of the way my career has gone,” chuckles O’Brien.

Is there anyone that you particularly admire in the way they have evolved over time or curated a body of work all their own?

“I went to see Paul Simon on his farewell tour, so I’ve gotten on a big Paul Simon buzz again. I’m quite digging where he went. Personally, as a writer and somebody who feels that art and music is somewhere that you can do things fearlessly and somewhere where boundaries don’t necessarily exist, it fires me up to create. He uses genres that he didn’t grow up in, but uses them very faithfully and with a lot of tenderness in how he treats the addition of these elements to his own arrangements. I love that fearlessness, the sense that ‘That is my artistic world, I’m going there because it’s taking me there’. If somebody had scared him into thinking he wasn’t able to that – we wouldn’t have some amazing songs.”

I wonder, for a man so consumed by the craft of songwriting, does O’Brien ever sit down with a guitar and learn anyone else’s songs? 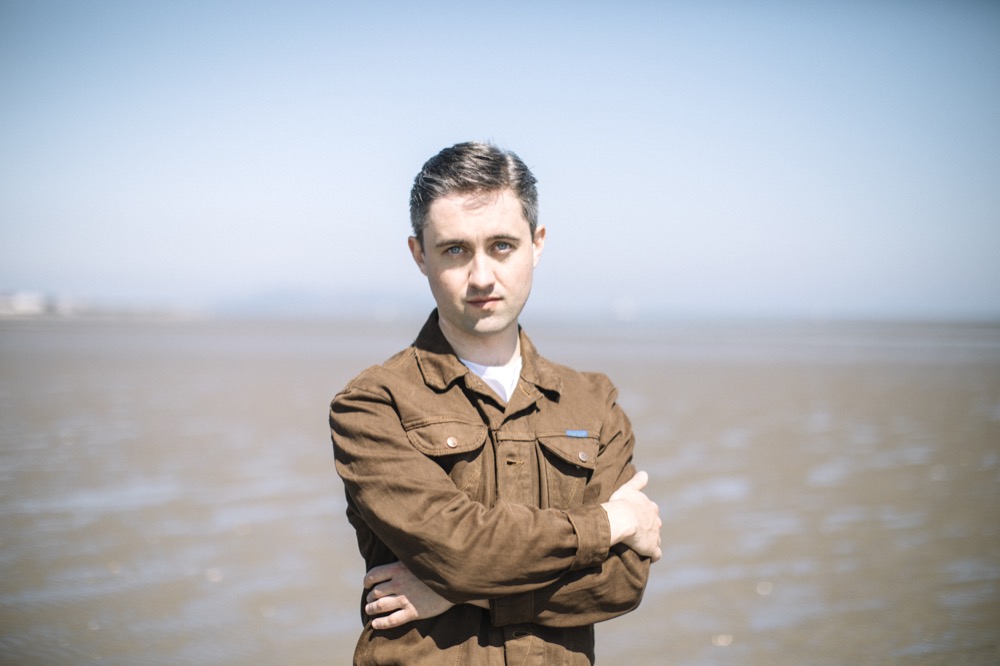 “Oh yeah! I learned loads of songs recently for a friend’s wedding,” effuses O’Brien. “We all got together and chose the songs we wanted to learn. We played My Girl, God Only Knows, Thirteen by Big Star, Tainted Love, it was so much fun. Before that, I was learning Planxty songs with Siobhan Kane (of Young Hearts Run Free). That started when we had this interesting experience in a pub. There were a bunch of lads playing old Irish songs in the corner. So, we arrived and thought we’d stay quiet. After a while they turned to us and said ‘Would you have a song?’. Siobhan cracked in to Raglan Row and everyone was like ‘Who is this woman!?’. After that, I rolled out Rocky Road to Dublin and they were like ‘Who are these people!?’. So, drinks were coming to the table and basically the night could have gone on a lot longer if we knew more songs. So, we decided to go back and learn a few Planxty tunes so that we have them in our arsenal now.”

Surely O’Brien – boasting a healthy catalogue of tearjerkers himself – has heard of the odd Villagers number popping up in strangers’ wedding ceremonies?

“Actually, I got a few messages about people using  Everything I Am Is Yours before. Which is interesting because the lyrics of that song are ‘I am just a man tipping on a wire, tightrope walking fool, balanced on desire, I cannot control these ever changing ways so how can I be sure this feeling will remain?’

That’s the first lyric!” exclaims O’Brien in amused, if touched, bafflement. “I guess they are starting their relationship off in an honest place…”

The Art Of Pretending To Swim is released by Domino Records on Friday September 21.

Villagers curate the opening night of Metropolis in the RDS on Saturday October 27.