Back to Blek – John Blek 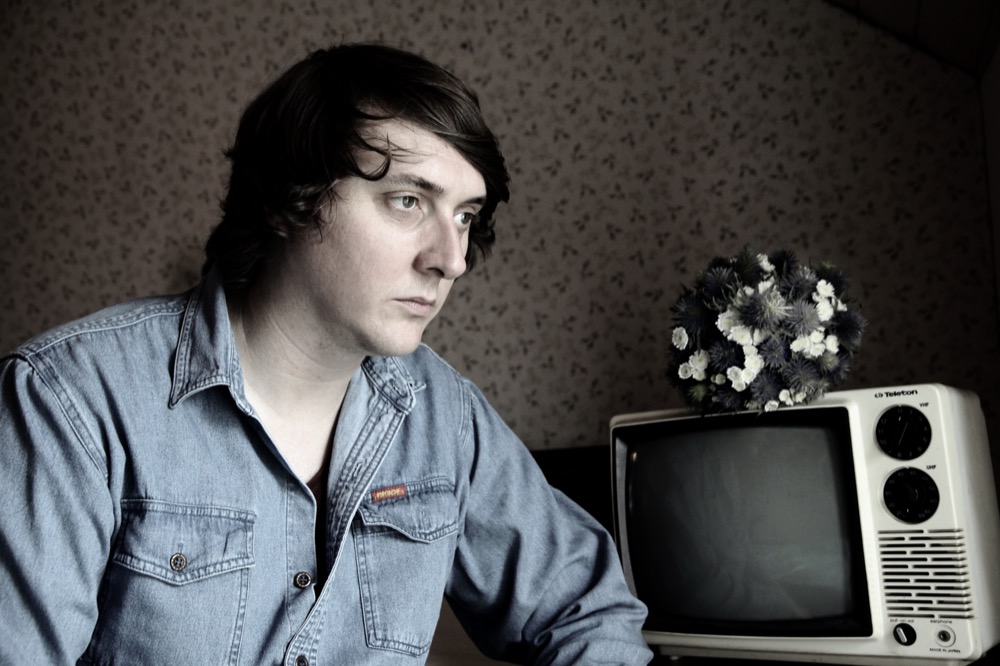 “After short stints as a shoe salesman and shovelling chemicals in a factory down in Carrigtohill, I very quickly realised playing music needed to be my job.”  With a third studio solo album released this spring, Gary Meyler speaks to John Blek about touring and making friends.

It’s the first weekend of spring and the air is cool while the coffee is warm and welcoming on the table-top inside John O’Connor’s apartment. Better known within the music community as John Blek, the Glanmire songwriter is preparing to release his latest collection of songs in the form of Thistle & Thorn, his third solo record and first release since officially calling time on over a decade of songs that ebbed between melodic folk and full-blooded Americana with John Blek & The Rats.

The new album, having gained deserved traction across the Irish Sea with BBC Scotland and BBC Radio 6 providing significant airplay to authentic and tender folk ballads such as Colours Rising, comes ahead of a ten-date tour over ten days in the UK in April. “This will be my first proper tour in the UK and the tickets are selling pretty well which I think is due to a big increase in radio support both here in Ireland and in the UK.”

It’s a rare and curious thing to hear a touring musician speak so openly about formally mapping out a sustainable career in music with a means to ensuring it becomes part of his day-to-day existence and income. In fact, O’Connor admits, it is the only position from which he has ever earned a stable living. “I did stints as a shoe salesman and shovelled chemicals in a factory down in Carrigtohill for a few months,” remembers O’Connor without great fondness, “but [music] is the only job I’ve ever consistently worked at and earned from since I was 18. I know it might not sound particularly artistic to acknowledge about yourself but I made it my job and then into a career and I want to continue doing it for a long time to come and to play for more people until I’m old and arthritic!” he laughs. After the art had been made, O’Connor carefully planned for its hatching in a methodical way without placing upon it any grand designs. 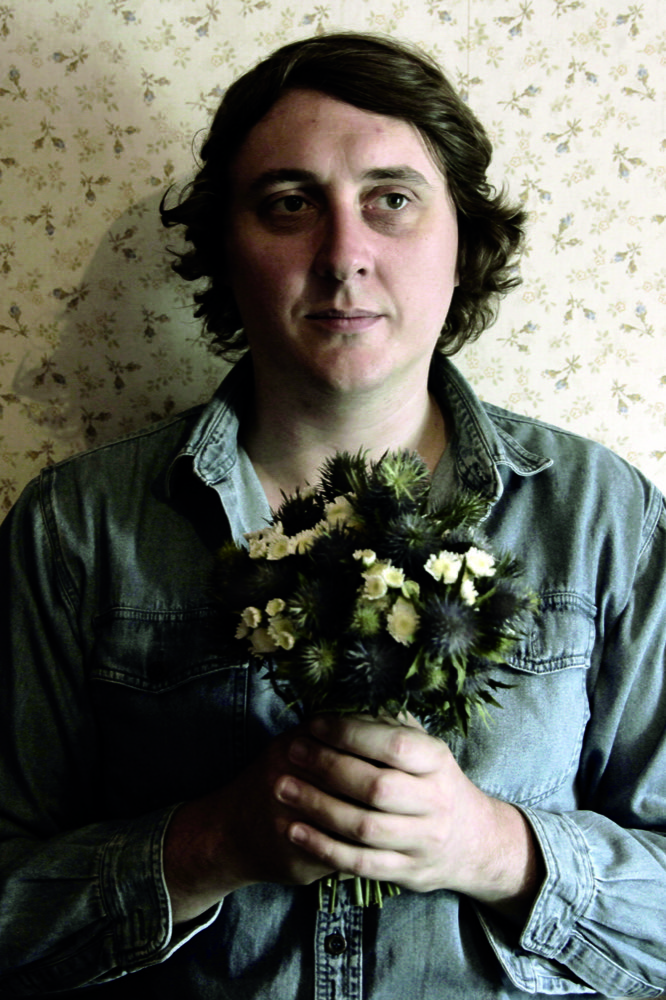 “All I had in my head was: ‘how can I make sure I do a better job of releasing this album than the last one and what can be done differently to achieve that?’ There was no aim for millions of Spotify streams, or thousands of CD sales or anything like that. So I spent a few months coming up with ideas and speaking to people like Sinéad Troy in IRMA (Irish Recorded Music Association). Being honest, it was the first time I ever made a good plan to release an album. Even more surprisingly, it has been working out. Now I’m about to get the chance to go play some live shows and meet people and actually sing some songs. There are over 60 shows booked for the next three months so it’s full on but I’m well prepared for it.”

O’Connor takes an incremental approach to improving both the technicality of his playing (“for me every album is like exercise”) and administrative duties. “Thistle & Thorn was recorded, mixed and mastered by June last year,” he explains, sitting across from a vinyl collection among which I spot albums from artists such as Phoebe Bridgers and Villagers. “I play guitar at least four hours per day every single day so ideas are coming all the time, and can be recorded as a memo in your phone which you can then go back to in time. When it happens you have to allow it to happen. To interrupt that would be foolish. It’s the process I’ve followed so far. If there’s something coming and you hinder it that would be silly.”

There is an alluring quietness present within the song-set of Thistle & Thorn which perhaps stems from a more refined musical set-up this time around that O’Connor assures doesn’t include the ‘kitchen sink.’ “I feel Thistle & Thorn has more sophisticated playing on it. From Catharsis, Vol. 1 to Thistle & Thorn, I genuinely believe they exist as a pair in the song writing but as well as a standalone piece of art, you want to be able to progress from the last record. With the band I simply didn’t need to do it. There was a piano, pedal steel, drums, the kitchen sink! If it’s just going to be me onstage the songs would have to be written in a way that you could take it from a record regardless of how big or small the production is. That’s the basis behind everything I’ve done since The Rats. I have to be able to represent it on my own.” Beyond structure, O’Connor has created a set of purposeful, sincere, well-built songs of hushed elegance and high heart.

It was four years ago when John met Kentucky singer Joan Shelley during an Irish tour when a deep musical kinship transpired which lead to the pair meeting up whenever there was an overlap of touring schedules. John spent a week with Shelley and her partner Nathan Salzburg in Kentucky where they recorded songs over three days with John and Joan singing and Salzburg playing guitars. “They are lovely people… I admire their abilities so much. Joan is probably my favourite songwriter and [Salzburg] is one of my favourite instrumental guitar players – it is so nice to get to interact with and play music with these people,” O’Connor says graciously.

A standout track on the record comes in the shape of The Body – a soon-to-be lost lover’s lament, featuring Joan Shelley on guest vocals. What was going through his head, I wonder, to have a hero lend a voice to his song? “There’s a childish part to you that goes ‘wow – that is so great, oh my god.’ It’s exciting…” Similarly, an obvious connection has formed with U.S. band The Delines as O’Connor played the support slot for their Ballincollig show a week previous to our conversation. “They are the nicest bunch of people you can meet! No egos, no nonsense, just out there doing it, happy to be working, to be playing, to be touring and enjoying each other’s company. Making music and making friends. It’s always encouraging to see that making a career in music is sustainable if you do it in a certain way.”

From shows in Leap to Leipzig, it is clear that the forming of friendships and bonds in music are important to John Blek as a touring musician as the lines between being a fan and a friend within certain musical circles can be beautifully blurred. It’s been said that it grows more difficult to make friends as you grow older but the world of music offers up an exception to that rule, if it exists at all. “It’s essentially about this community that it creates,” adds John, as we finish up the ends of our now cold coffee. “Generally, [those bonds reach] across any demographic or genre, any age or earning power or whatever social divisions currently exist; it allows you to strike up a conversation. This community of oddballs, weirdos and normal people that I’ve met over the last 16 years that, when put in the same room together would have you thinking – ‘who are these people and why are we such good friends?’” 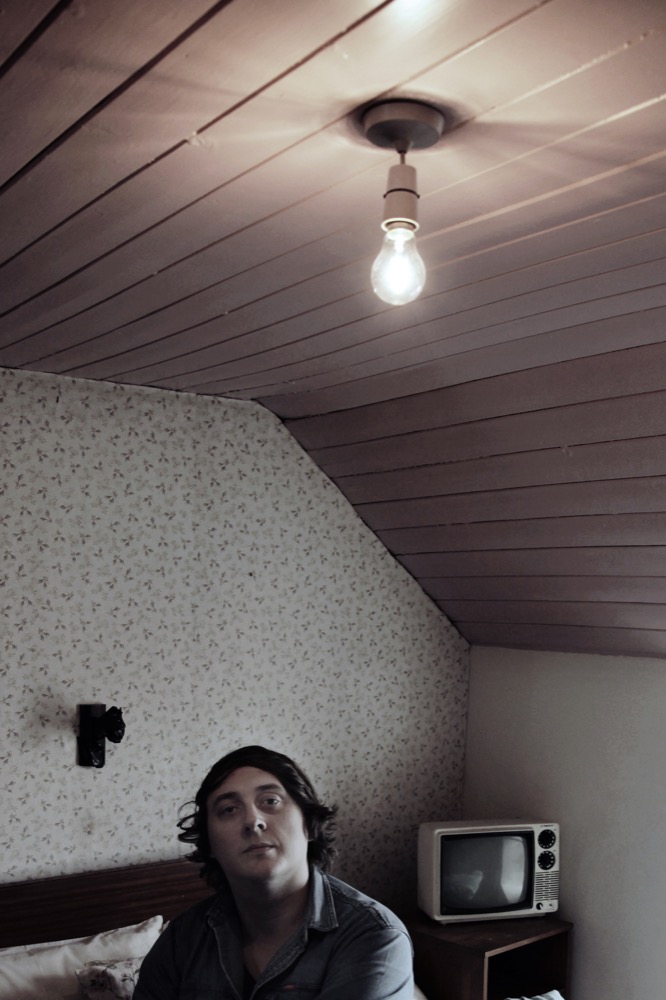 For O’Connor, these musical bonds are, no doubt, what lead to new songs and shared musical ventures which must matter most for him as a working musician with a plan. When asked the old trope about finding his inspiration – true to form, O’Connor’s response is distinctly his own.

“The songs that I write would be inspired by stories, or old Irish tales. I wrote a song recently called The White Thorn which came from a friend in Galway telling me that it was considered to be very bad luck to cut down a hawthorn tree. It resulted in an incredibly bleak song about the bad luck a guy had because he chopped down a tree as he had run out of wood in the middle of winter and needed to keep his family warm. Due to chopping this tree down, his daughter died and his wife left,” says John, laughing at his own propensity for the solemn. “It’s fun to put melodrama into it.”