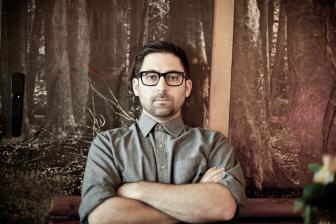 Romanian-born, Berlin-based, Cosmin TRG can’t seem to get enough of Ireland. This time he’s back to play Trainwreck in the basement of Kennedy’s on Westland Row. Having released tracks with the likes of Hemlock, 50 Weapons and Rush Hour, his pedigree as a producer is certainly not in doubt and his live appearances retain all of the energy and surprise of his best tracks. With one foot firmly in the strange, you can expect a lot more than just a set of thumping techno for the night. Though you’ll probably get a bit of that too.