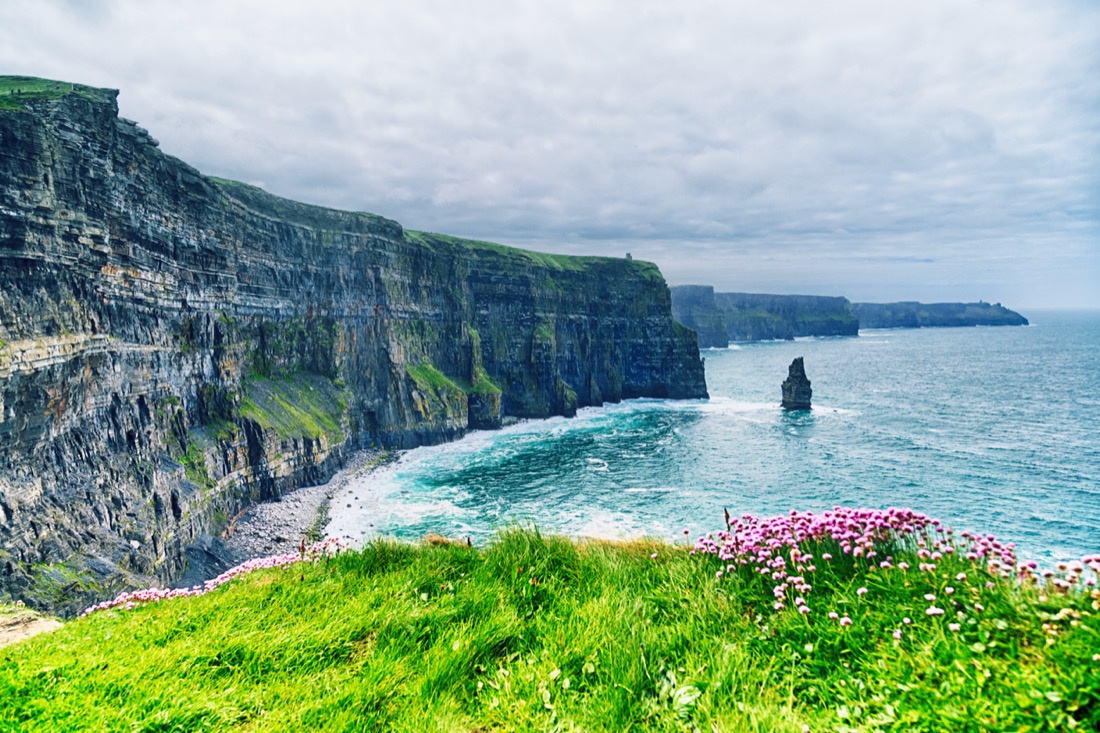 The Republic of Ireland and Northern Ireland make up a very popular tourist destination. Not only are the people in Ireland friendly, creative, and lively, but they are also welcoming and love to chat with visitors. The rich culture and heritage are just an icing on the cake of this beautiful country, the EmeraId Island offers many great places to visit, fun activities to engage in, and numerous attractions to explore. If you can’t have a sunny beach holiday in Spain or you can’t experience the best casino cruises around the world right now, then why not plan ahead for your next adventure to Ireland instead?

From natural landscapes and old castles, to lively cities and nightlife, here are just some things that you can experience on your next trip away to Ireland.

Food & drink to experience in Ireland

The gastronomy of Ireland is like no other, whether in a fine dining restaurant or a local pub the hearty food will excite your taste buds. Wake up to a full Irish breakfast which is a combination of bacon, eggs, sausages, mushrooms, beans and toast, or even treat yourself to an Irish coffee. An Irish coffee might best perk you up later on in the day as it’s a mixture of hot coffee, irish whiskey and sugar topped with cream. There are many amazing foods to try in Ireland that you might not have tried before, such as soda bread, colcannon, and Irish stew.

Numerous brewers are a display of this country’s love for beer and whiskey. Ireland’s major attraction is Guinness which dominates the beer industry globally and multiple whiskey distilleries are dotted all over the country too. On a visit to Ireland, take part in a social experience of tasting some of the finest beer and whiskey you will ever come across on a distillery tour. After a long day of exploring the local area and countryside, it’s easy to relax in a local pub with a pint of Guinness, a dram of whiskey, or a creamy Baileys.

Tops spots to visit on your next trip to Ireland

The cliffs rise at an incredible 200 metres and range for 5 miles over the Atlantic Ocean. The cliffs are a haven for wildlife, mostly seabirds, are home to many rare flora, and they offer great views of the Irish coastline.

Dublin is the capital of Ireland decorated with Georgian architecture and is filled with a range of things to see and do. There are many events in Dublin to enjoy from exhibitions and theatre to festivals and gigs. This capital draws travelers to visit the Dublin Writers Museum and Guinness Storehouse which are among only a few highlights of this city.

The Burren National Park offers one of the most unforgettable natural landscapes, home to wildlife and rare plants and flowers. It presents outdoor activities from which visitors can participate in including hiking, bird watching, and bike riding.

This beautiful land lives up to the moniker of the Emerald Isle, easily accessible from Dublin for travelers to see highlights like the Newgrange monument. This valley is also a fine escapade from the busy city life.

Many films have been filmed in Ireland with many of them talking about the country. Drawing their inspirations from the rich heritage and literature, these films are a true reflection of Ireland, its people, and its culture. Some films that have been filmed in Ireland, or have used popular Irish landmarks, include Harry Potter and the Half-Blood Prince, Star Wars: The Last Jedi, P.S. I Love You, The Quiet Man, and many more. It has also been the filming location for television series like Derry Girls, The Young Offenders, Normal People, and Vikings.

The country’s diverse and natural landscapes offer great filming locations for present day settings, fictional places, and period dramas. Game of Thrones was a very popular tv show that also used Irish locations for a variety of shoots. County Down and County Antrim are just some of the Game of Thrones film locations in Ireland that were used for Winterfell Castle, the Iron Islands, and more.

From 007 to the Peaky Blinders, there are many well-known actors who were born in Ireland. Some popular actors who are from Ireland include Cillian Murphy, Liam Neeson, Fiona Shaw, Brendan Gleeson, Pierce Brosnan, and Evanna Lynch. The 2015 film Brooklyn was also filmed in Ireland and starred popular Irish actors Saoirse Ronan and Domhnall Gleeson.