Gleaming The Cube: Tony Hawk is essentially a nice man 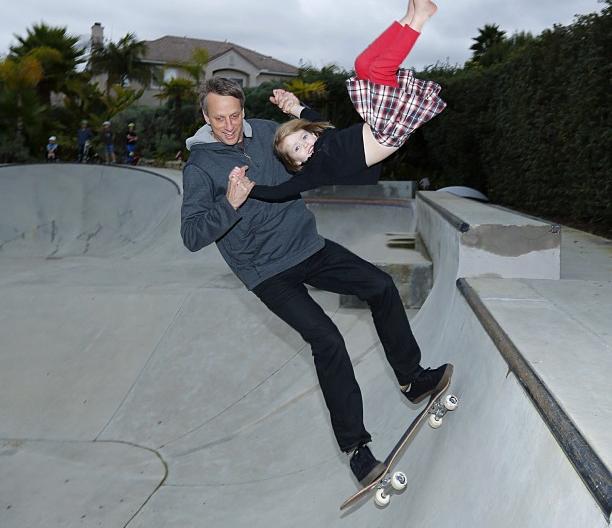 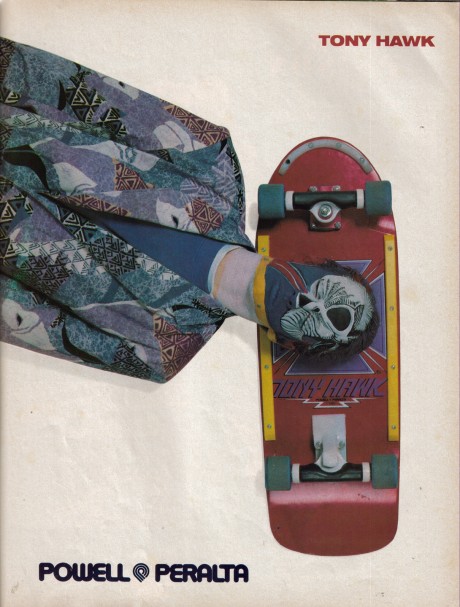 In a somewhat unprecedented move skateboarding’s more recognisable name, Tony Hawk, inked a contract with Independent trucks at some point in the last few months. This is of note for a number or reasons, Firstly the young Tony was never an Indy man and those who have spent hours obsessing over jittery old footage of Tony and other 80’s greats the Birdman is always going to be the poster boy for the now defunct and perennially of their time Tracker Trucks. But perhaps even more importantly than giving us all an excuse to look at awesome old Tracker and Powell Peralta ads, Hawk’s decision to move to Indy was heralded this week with the release of a welcoming webclip of entirely new footage and not just that but entirely new top quality, Grade A, envelope pushing footage from a forty four year old man.

It’s because of stuff like this that nobody can really legitimately hate Tony Hawk. Think about it, on paper he should be one of skateboarding’s most reviled figures. There is nothing that the snot nosed, relentlessly negative contingent of the skateboarding community really loath more than success and if there is one word to describe Tony Hawk even ahead of “talented” or ‘lanky” or “wealthy” it’s “successful”. Obviously the early days of Hawk’s career were almost characterised by the begrudgery of his fellow skateboarder’s more so than they were by the young Hawk’s own achievements and the extent to which he was pushing what was understood to be possible on a skateboard. This aspect of Hawk’s career is dealt with in depth in Stacy Peralta’s excellent new documentary chronicling skateboarding culture throughout the 1980’s through the lens of the most important skaters of the area, The Bones Brigade: An Autobiography. Despite perhaps leaning too regularly towards hackneyed seriousness and swelling music over footage of grown men sobbing over their respective pasts it’s still a great insight into perhaps skateboarding’s commercial golden age and the careers of a number of skateboarding’s most significant innovators not just Hawk.

Hawk managed to transcend his role as the reviled savant of the 80s and achieved the seemingly more impossible feat of appearing on McDonald’s ads and Paling around with moto-cross riders for the guts of the 00’s travelling the states as part of something called a “boom-boom huckjam” while still retaining an air of likeability. The wider skateboarding communities’ seemingly total refusal to turn on Hawk as a “sell-out” could be understood to stem from a number of different things but perhaps firstly it really cannot be overstated how significant the fact that he really does just seem like a nice bloke is.

I remember reading an interview with Hawk years ago in the tragically defunct Big Brother magazine where one of skateboarding journalism’s greats Dave Carnie challenged Hawk on his endorsement of McDonald’s. Pressing him on what McDonalds has to do with skateboarding as well the questionable ethics of a great deal of their business practices not to mention the health risks of constant McDonald’s consumption. Hawk’s response was simply that he liked McDonald’s; he travelled the world as part of his job and no matter what varied culinary options surrounded him he would often just go for McDonalds. That was it, no confrontational defensive response, no appealing to some sort of prepared corporate statement just a genuinely sincere reaction from a by all accounts sound lad. A response that though the reader might not agree with they can surely respect simply due to its honesty.