Posted 2 months ago in Arts and Culture, Fashion 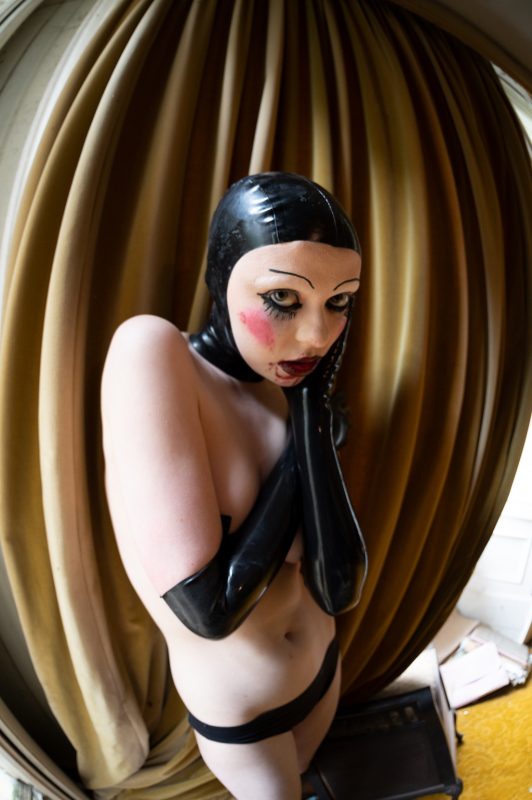 Sinéad Áoife Ní Tomás reveals the story behind Vampir, Totally Dublin’s November fashion shoot along with some extra images which are not in the print edition.

“I’m a fashion art direction student attending Polimoda in Florence Italy. When Covid-19 hit Italy, thinking that this was going to be a short-term outbreak, I sought refuge in Dublin where my parents are from when all of my classes went online. I ended up being in Dublin for a year and a half and during that period I expanded my self portrait series and experimented with mediums and sharing it on my Instagram page. I have never been shy about reaching out and considering I had a lot of free time on my hands, I decided to reach out to the Dublin fashion scene and discover creatives here to potentially collaborate, work with, and support. What I found was a treasure trove of passionate insanely talented individuals.

“I decided to reach out to the Dublin fashion scene and discover creatives here to potentially collaborate, work with, and support. What I found was a treasure trove of passionate insanely talented individuals” 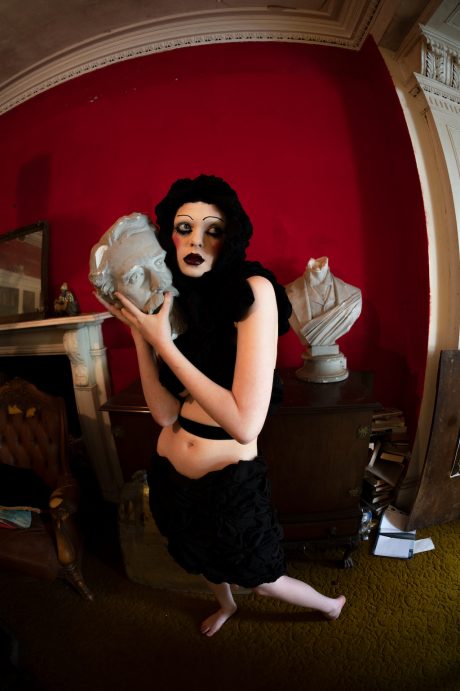 During the summer of 2021 when the vaccine rollout was well underway and restrictions were beginning to ease, I was craving to interact with humans in person again –  especially on a creative level. That is when I began to reach out to the creatives from Instagram that I had been supporting to see if I could possibly assist or get any sort of experience working on a photoshoot set or fashion image creating related projects. Responses were few and far between, however a response from Zeda was truly unexpected considering how well known her work is and how busy she is. It was completely unexpected that this project wouldn’t just be me assisting but art directing and collaborating as well. 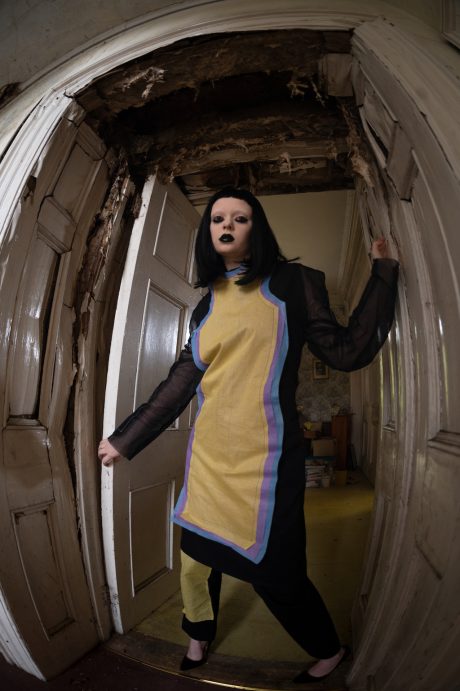 This was an opportunity that I am so grateful to have, especially starting out in this industry and as a student still trying to find their voice. Having someone put that amount of trust in me for my first photoshoot set since the start of the pandemic was intimidating but exhilarating all at once. Zeda then got me in touch with Sophie and we became a team of three Aquariuses. We had multiple ideas of what this shoot could possibly be but in the end we wanted to create something very different to what is normally published here in Dublin. 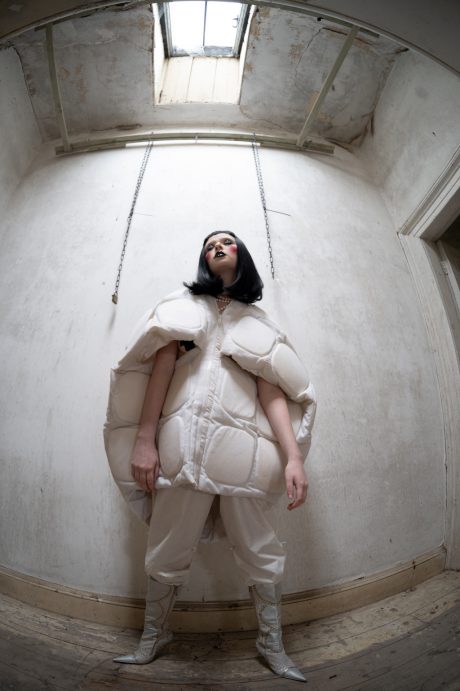 We wanted something a little more dark in aesthetic, and editorial in look. The intention was completely creative. The initial inspirations were definitely the design language of Anglo-Irish designer Richard Quinn with his juxtaposition of feminine vintage prints and graphic sleek provocative use of latex. We were visually as inspired by the work of Tim Walker (I guess he somehow slips in to all of the work that I do). We wanted to compliment the location. When we first looked at some of the references the idea to shoot in a dilapidated house came up and finding the location became the challenge. Thank goodness we found Laragh House and that the location has a history of renting to people for shoots and films. This beautiful location, in Maynooth, is a stately home where nature has run its course. Which was the perfect setting to create a character to haunt this place. A little girl and her toy horse (which was a prop spontaneously found on the day of the shoot). 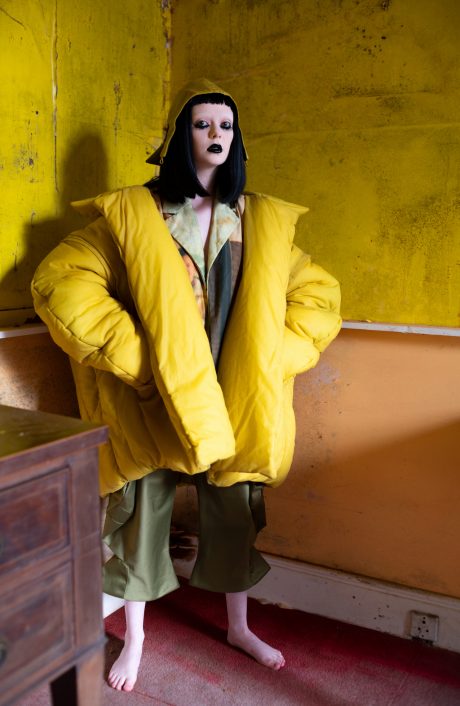 The shoot took a lot of logistical planning. Sophie and Zeda have busy schedules so it happened the day before I left for university in Italy. I was so nervous because this was my first shoot since Covid but I was traveling overseas the day after for the first time since Covid. This was truly an experience of a lifetime for me. This team is truly a special team and I hope, going forward, the Dublin fashion scene dares to be more creative and expressive and by doing that I hope the fashion industry as a whole takes Irish talent seriously because they are a force to be reckoned with. Also it was hilarious getting my makeup professionally done in a parked car outside an abandoned house.”

“I hope, going forward, the Dublin fashion scene dares to be more creative and expressive and by doing that I hope the fashion industry as a whole takes Irish talent seriously because they are a force to be reckoned with.” 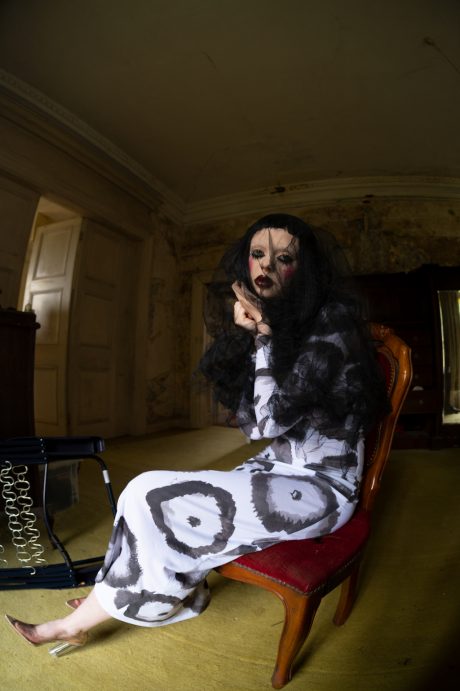 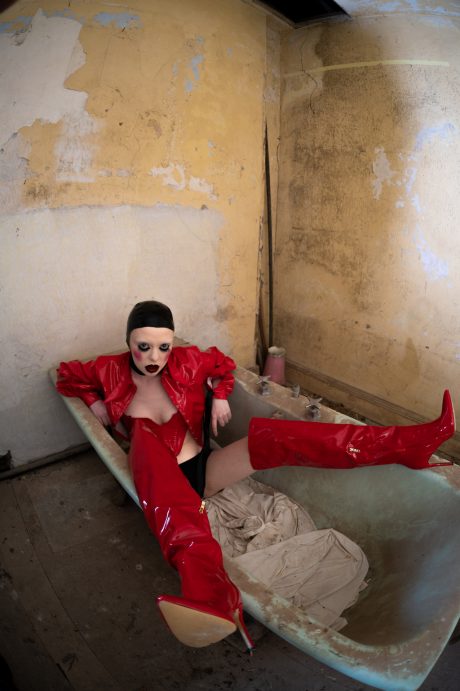