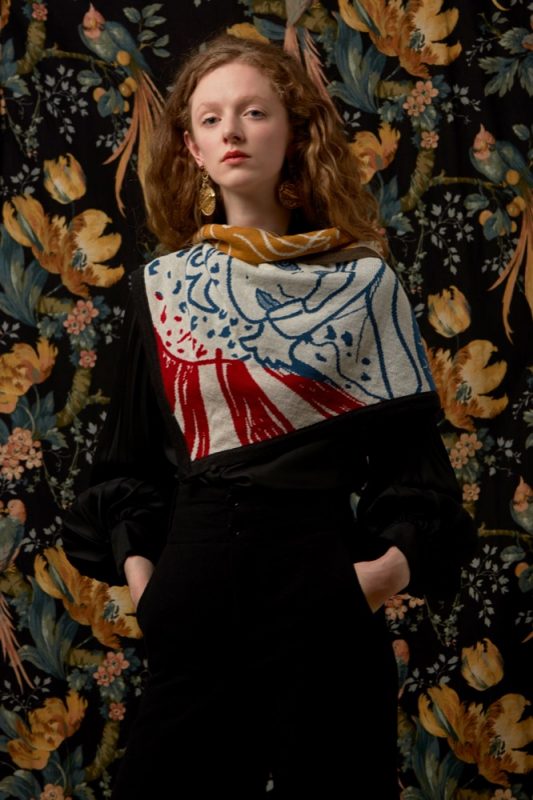 For most of fashion’s dynamic duos, their collaborative ties – both professional and personal – commence in college. Marta Marques and Paulo Almeida connected at Central Saint Martins; Carol Lim and Humberto Leon (joint creative directors of Kenzo) crossed paths at the University of California; even Viktor (Horsting) and Rolf (Snoeren) didn’t meet until art school, despite hailing from nearby Dutch towns. Very few can attest to striking up friendship with their next-door neighbour – before either party had even hit double digits – and cementing themselves in each other’s lives thereafter. Yet Brenda Aherne and Helen Delany, the co-founders and creative wizards behind Electronic Sheep, have the nostaglia-soaked snaps to prove it.

“We’re best friends, but we’re very different,” Delany states. “At school, Brenda had her own set of friends and I had mine, but at the end of the day we’d always go, ‘see yas!’ and walk home together. That walk should’ve taken us 30 minutes, but we’d spend a couple of hours stopping and starting: sharing stories, dreaming of the rockers we wanted to date, the bands we wanted to be in, roaring our heads off laughing… Anyone who chose to walk home with us got quickly fed up!” That inherent sense of creative jousting coursed through their NCAD years. Though their degree paths differed – Delany studied graphic design, while Aherne embraced fashion – both were keen to converge their artistic interests, sneaking into each other’s departments at a time when cross-collaboration wasn’t quite so encouraged. 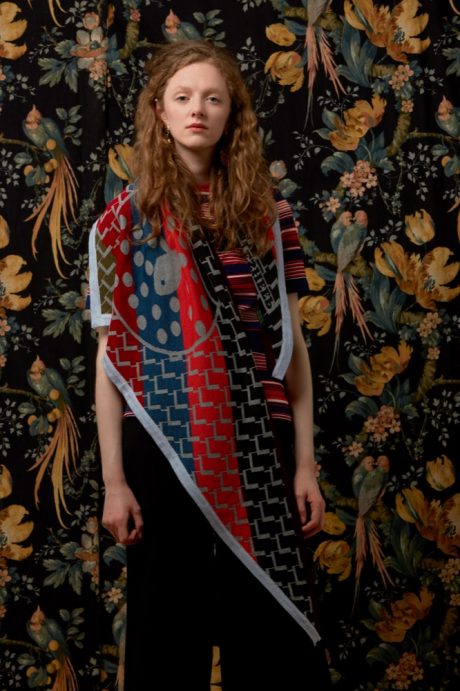 Post-college, they dived head-first into formative work experiences: Delany scored a graduate design award that earned her a spot in Pentagram’s London base, whilst Aherne explored accessory design in Munich. It wasn’t until the latter won a Guinness Design Award (which funded a start-up label) for her ‘clubwear knits’ – hand-crafted from recycled materials – that the thought of co-founding a brand was floated. Armed with a mutual thirst for hard graft and humour, Electronic Sheep were intent on colouring outside the lines from the start: their inaugural knitwear launched in a 1920s butcher shop. 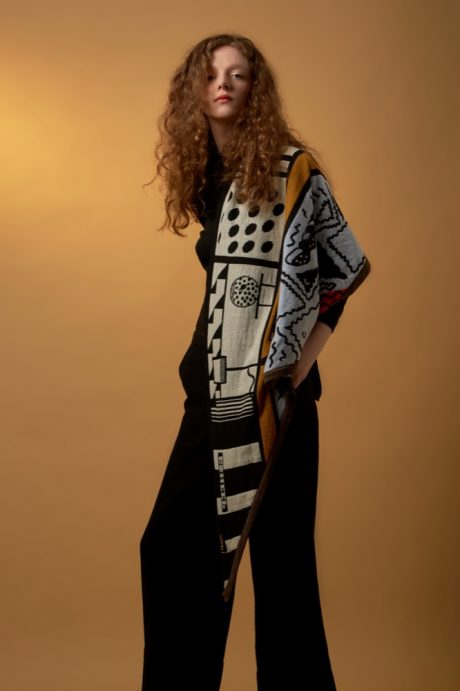 Over two decades down the line, Delany and Aherne – now respectively based between Dalston and Dublin – still boast sizzling levels of creative chemistry. Electronic Sheep‘s 21st birthday collection sees them cherry-pick pieces from an abundant archive (a process surely akin to picking a favourite child) and revamp them in 100% Merino Wools. There’s Pink Noir, a Hitchcockian-esque collection that recalls 1960s storyboards (the scarves were ultimately fashioned into an art film and screened across LFW). Or Typhoon Puppets, whose yarns recount an ecologically-charged tale of pollution and weather extremes. “Sometimes in town I’ll see someone wearing one of our scarves,” Aherne smiles, “and I can’t even remember which collection it’s from – there have been so many at this stage!”

Both designers bear no trace of braggadocio, so I’ll say this for them: their label has long skipped leaps and bounds ahead of the curve. Before they became buzzwords, sustainability and slow fashion formed the nucleus of their design ethos, while they’ve always considered their wares to embrace all manner of ages and genders.

With an eye-catching Edge Only collaboration in the works this season, the contents of which thoroughly re-embrace their musical roots, there’s no telling what these boundary busters will cook up next… Here’s to 21 more! 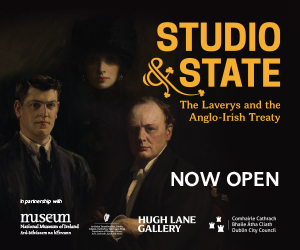