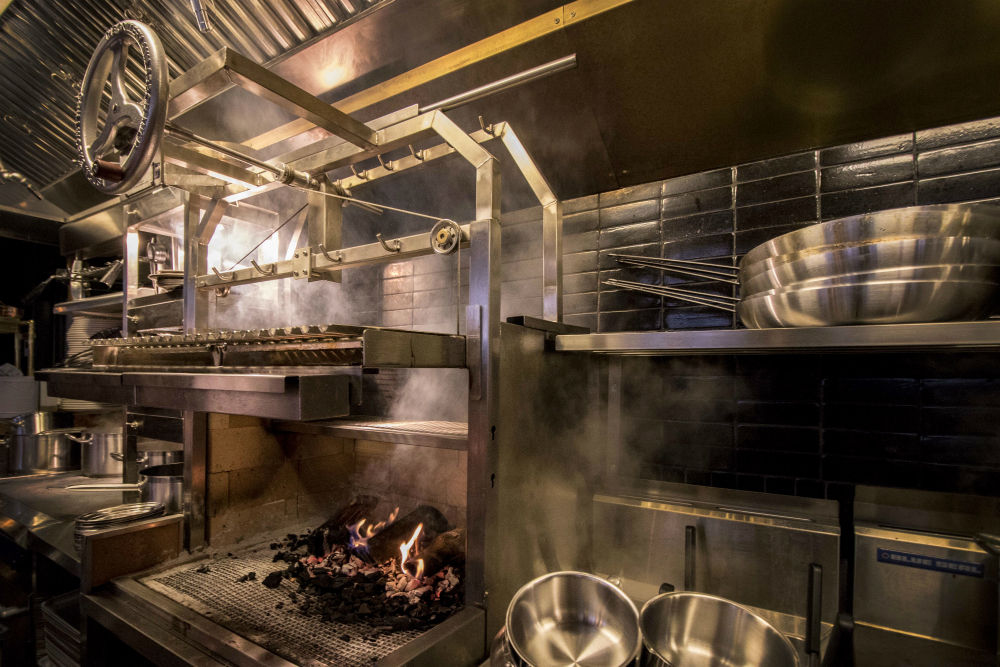 As somebody who enjoys food, the stable of restaurants owned and operated by the ‘Press Up Entertainment Group’ have generally left me cold. I have a beef with these people. Now I’m here for that beef. They know how to create occasionally beautiful dining rooms (and now cinemas) but not restaurants defined by their kitchens. Each one is like an ornate bell without a *clapper, lovely but purposeless.

Their places tend to follow a pattern – a feast for the eyes, a famine of originality or execution on the plate. Sophie’s with its commanding Dublin vistas atop The Dean Hotel is a case in point. Roberta’s, a spectacular space perched atop the Dollard building, is damning evidence. I like to walk into a restaurant with an open mind and of course my objectivity is unimpeachable, but let’s just say that I didn’t have particularly high hopes for Tomahawk.

Following a spate of indecently hasty reviews I decide to give the place five or six weeks to get its ducks in a row. Duck does not feature on the menu.

I also realise that I’m in danger of pigeon-holing myself as the beef correspondent for this publication, but nevertheless. Pigeon-hole also fails to make an appearance.

We are joined on a recent Thursday evening by Mr Pharmacist and his artist wife, they are enthusiastic users of restaurants and they know what they like. The designers have outdone themselves with this basement room. It is everything that you would want from a steakhouse, deep-buttoned tan leather banquettes, brass detailing and a long ‘dining bar’ where you can feel the heat of the charcoal grill.

It’s clubby but inclusive and masculine without being butch. If it were a man it wouldn’t need recourse to Tinder. The same cannot be said of the fifteen strong group of men braying and honking at the back of the restaurant.

The website boldly claims that their cocktail menu ‘delivers the classics with no messing about’, yet the bar is confounded by my dirty martini order. The first attempt is positively sweet, the second topped with a viscous scum of grease. I abandon the idea and move to the wine list. 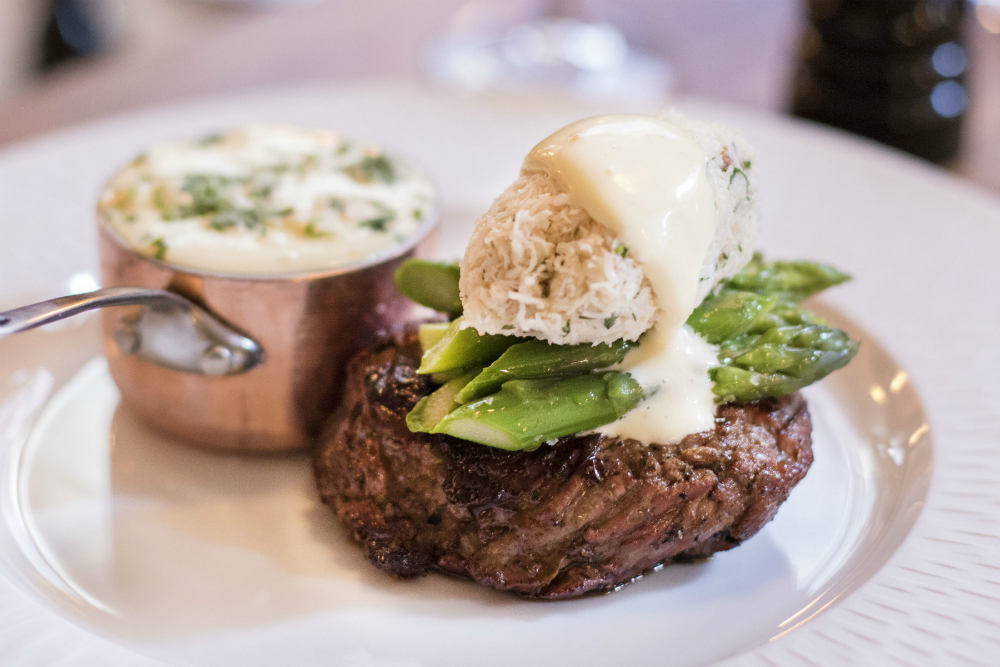 Starters are uniformly good. An enormous ricotta raviolo is briskly citric, bathed in brown butter and showered with wild mushrooms. Tuna ceviche with yuzu and ponzu accents is very 2013 but it is a perfectly executed plate. The standout dish combines beautifully cooked calamari with daikon and black chia seeds. It is properly spicy and nicely textured. Mr Pharmacist wins the first round. We cleave to the steaks for the mains because we are in a steakhouse.

Barra Hurley, the man in charge of that infernal grill has worked in both The Butcher Grill and Shanahan’s so you could say that he’s got some chops. He’s got some serious steaks too. Of the three that come to our table (the raw cuts were paraded earlier) the Delmonico (a ribeye) has the greatest depth of flavour, it’s up there with the best in the city. 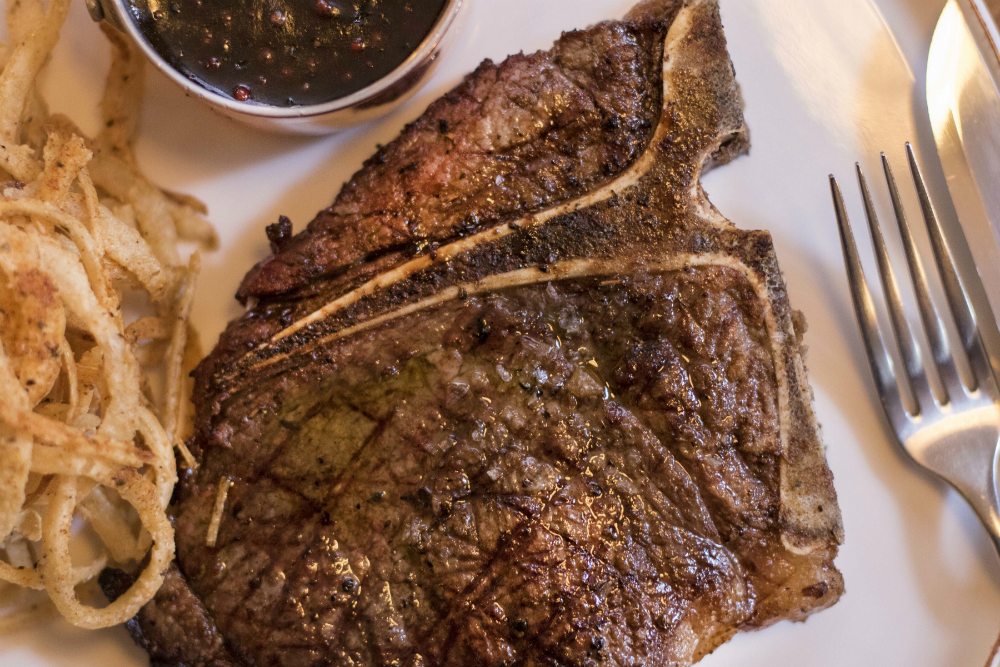 The eponymous tomahawk steak, (a double-thick rib-eye attached to the bone) was a modish cut when I first ate it six years ago in Brooklyn’s St Anselm. It is perfectly cooked here and fragrant with smoke but a little underpowered and feels like it could have used another week in the ageing chamber. Filet Mignon is exactly as it should be.

There are missteps – béarnaise arrives split and oddly foamy and the skinny fries are pallid and tepid. They’re not skinny neither. The giant branded cylinders of salt that seem to adorn every restaurant table within the group are a crass touch. They cheapen the room. From a list heavy on heavy reds (as is right and proper) we drink a well priced Barbera D’Asti.

For your edification we order a couple of desserts. A chocolate ganache with salted caramel eats like a rich man’s Mars bar and a dark cherry sundae tastes like cheap candy. I loved it. It is the best looking steakhouse in town but not quite the best steakhouse just yet. It certainly has the potential to be, this is a restaurant where the food is attempting to live up to the room.

*I read that a bell clapper is also a form of scrotal deformity. Make of that what you will.