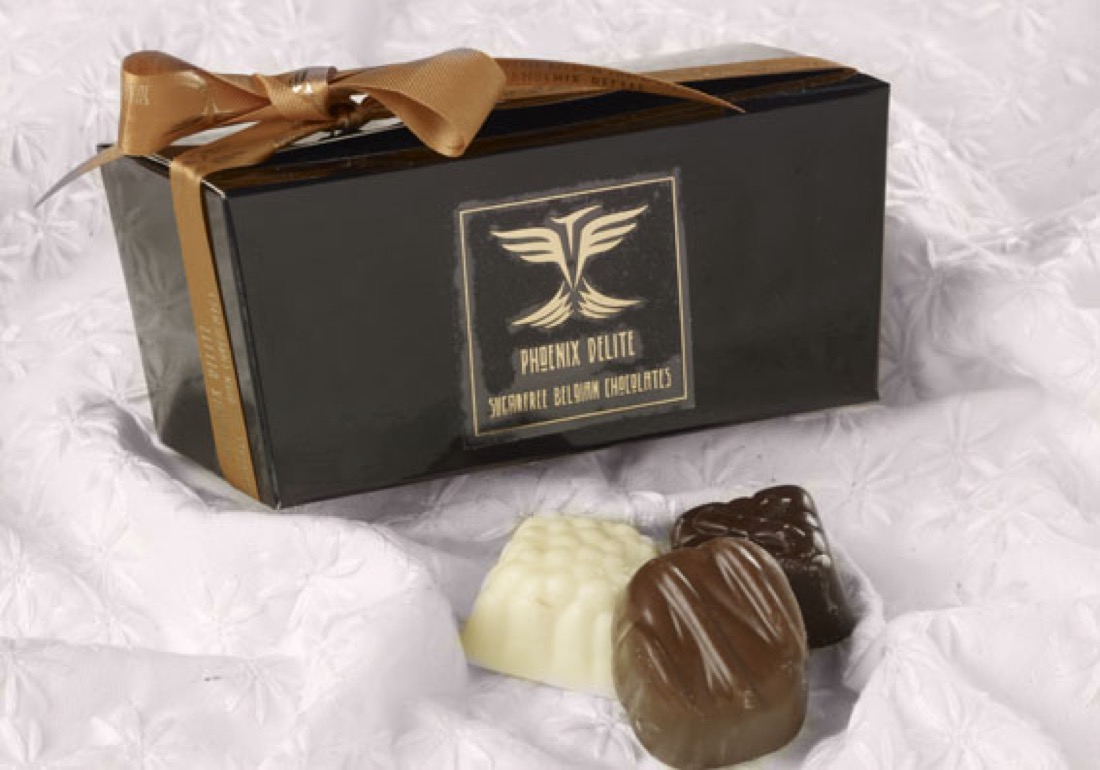 The recent cancellation of an order for over two hundred kilos of chocolate without payment came as a huge blow to small artisan chocolatier Pascale Van Riet of Phoenix Delite, but an appeal to the Twitter goddess helped bring her work to a whole new audience.

The one-woman dynamo specializes in making luxury handmade Belgian chocolates suitable for diabetics, as well as dairy and gluten free bars for vegans and those with PKU. She issued a plea for help on the social media platform Twitter and was astounded by the response.

“I have no words,” Van Riet says, “A customer who had purchased from me before and loved my vegan, gluten free range placed a huge order for 216 kilos of chocolate.” Then suddenly the order was cancelled. “I had already made all the chocolates, it was a lot of money, and for a couple of days afterwards I was really down. Then I reached out to Samantha Kelly on Twitter, and she said, ‘if you tweet about it, people will help you’. So, I put a tweet out, she retweeted it and the post exploded.” 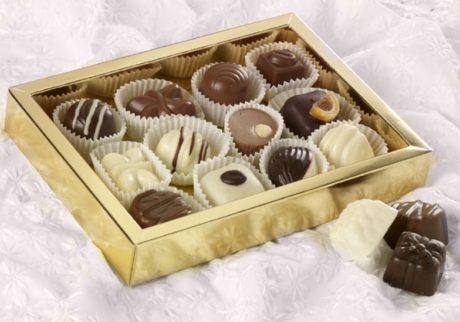 Within three days Van Riet had secured over 100 orders. “It felt like Christmas had come early”, she laughs. “As soon as people received their chocolates, they were taking pictures and putting them online.”

The Belgian woman is used to overcoming all kinds of adversity, having initially developed the business following redundancy from a job in 2009. “I had just moved into a place by myself, and I was really panicking about how I would pay the rent,” she recalls. “After three nights of not sleeping, I opened a box of sugar-free Belgian chocolates. As I was eating away, feeling sorry for myself, I was also thinking; these are really nice, there’s nothing like this in Ireland.” 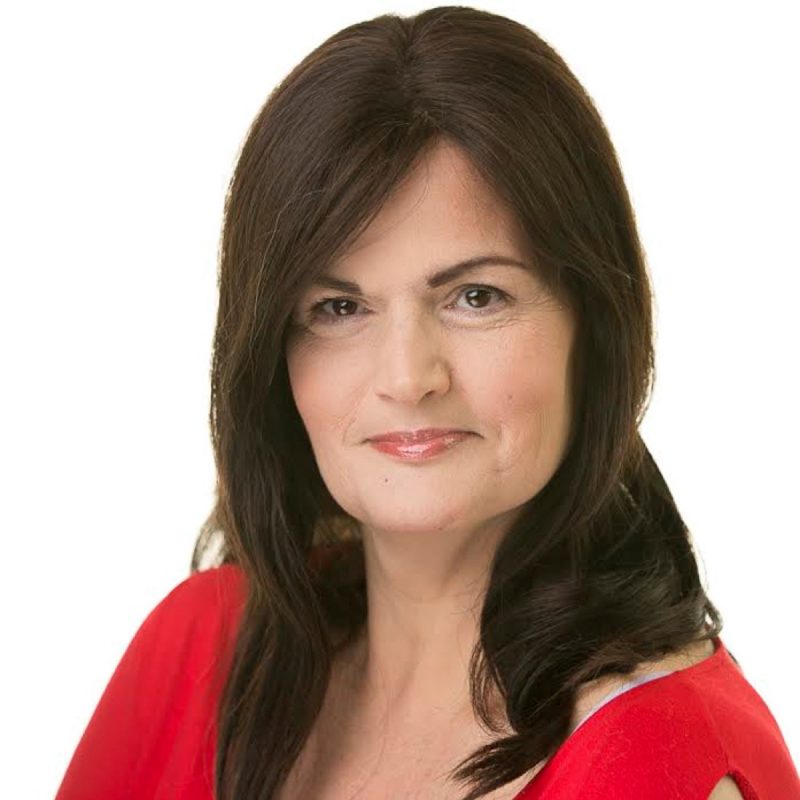 Van Riet now works at home from her HSE approved kitchen. Her sugar-free chocolate range contains a third less fat and 40% less calories than regular chocolate. Her products are organic, vegan, gluten-free and free of palm oil, making them especially appealing to those with coeliac disease.

The Phoenix Delite range also includes jams, jellies, and vegan fudge, with a number of new products including vegan cooking sauces, crisps and egg replacements also in development. Vegan and gluten-free hot chocolate sticks are already being designed with coffee shops in mind. 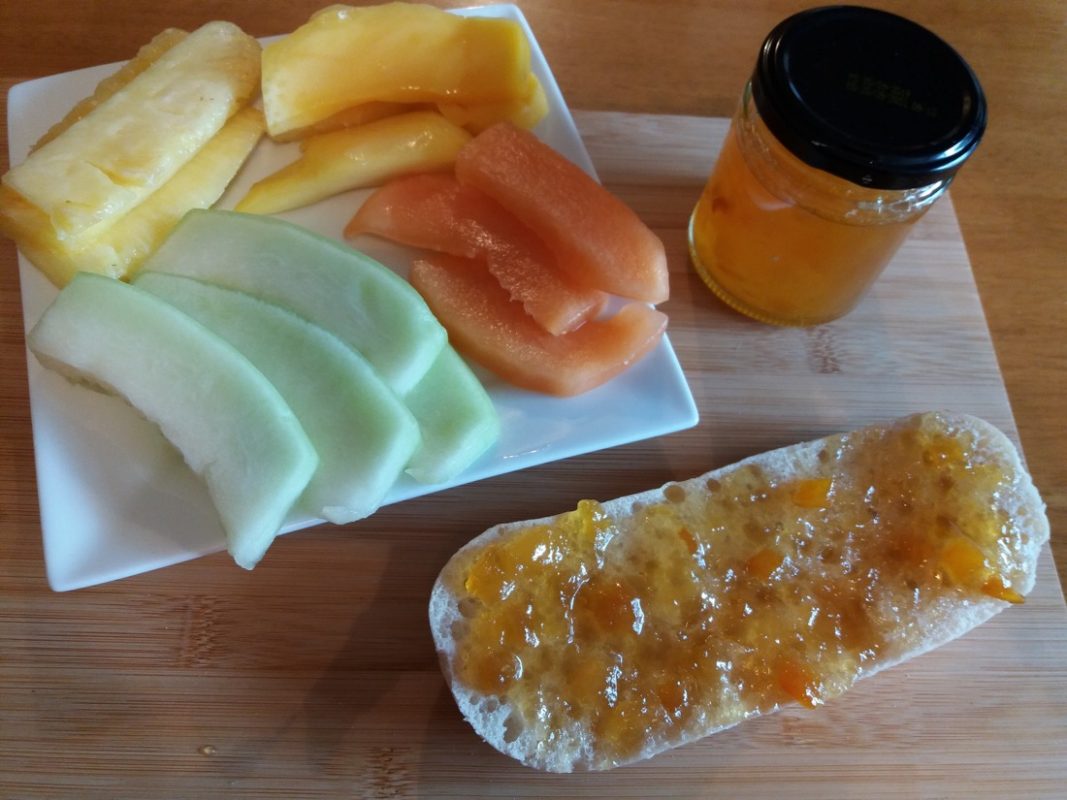 A member of Dublin Chamber of Commerce and Boyne Valley Flavours, Van Riet is currently making an early start on her Christmas Hampers, while corporate orders are always welcome. “Everything comes with nice gift wrapping and a personalized card, so it would be great if people could take a look at the website and get those all-important orders in!”