Globe-trotting with the Wachowksis, Tom Tyker and David Mitchell ahead of Cloud Atlas 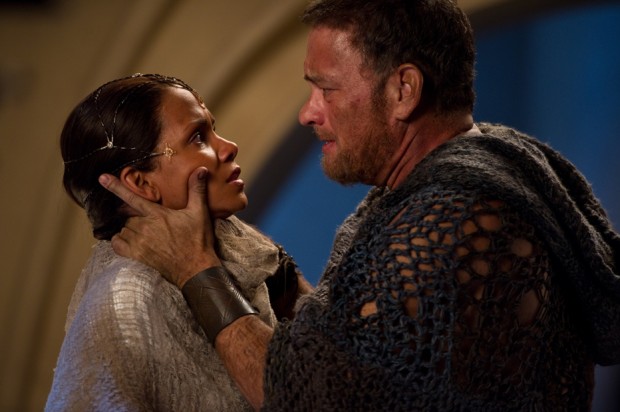 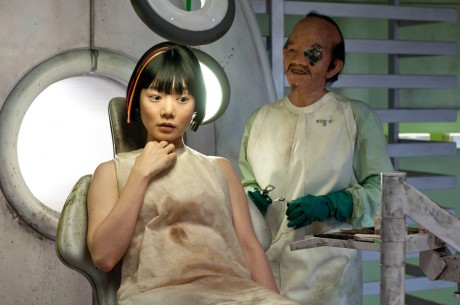 Have you ever stared at a particularly laborious work of art and wondered why the hell the artist would challenge himself to such an undertaking? Cloud Atlas, premiering this month at the Jameson Dublin International Film Festival, is just such a tapestry; big, beautiful, brilliant, boggling, bold and certainly ballsy; multiple threads interweaving and overlapping to create one very impressive finished piece. An undertaking so potentially overwhelming it took a team of three directors to bring it to the screen, and it is this very serious-looking trio of Tom Tykwer, Andy Wachowski and Lana Wachowski I meet in the Beverly Hilton in Los Angeles to ask them about it.

The directorial triumvirate came to this ambitious project having already pleased crowds with previous work, namely Run Lola Run in the former’s case and the Matrix trilogy (well, the first two at least) from the Wachowski siblings (note – they can no longer be referred to as the Wachowski Brothers, since Laurence is now female). Despite the stellar cast just walls away and a fair amount of hype surrounding the project, the threesome look genuinely concerned that it has yet to cross the finish line. It’s hard to believe in a world where any amount of Step Up 2 The Streets sequels are guaranteed to make money, but without the backing of any major studio, even directors of this calibre are not resting on their laurels.

Their serious expressions invite a serious opening question: They say this is one of the most expensive independent movies ever made –what do you make of that?

The laughs immediately put everyone at ease, but the question remains: why was it so difficult to sell?

“That’s a question we keep asking everybody we run into,” Andy admits. “In France we couldn’t sell it, or even the UK.”

“The book is a British book, and we have Jim Sturgess, Jim Broadbent, Hugh Grant, all of us,” Lana gestures to the directors, “and we still couldn’t even get an offer.”

“We are taking it personally,” Andy laughs.

The impressive cast which also features Tom Hanks, Halle Berry, Susan Sarandon and Hugo Weaving to name but four more, each play several different characters across six different times, essentially as the reincarnation of the same soul, with the tiniest actions profoundly affecting their later incarnations. From an acting point of view it sounds like the ultimate challenge and one that any serious thespian would jump at.

“Not all actors did,” Lana reveals. “Some actors actually got afraid and backed out, they read the script and said ‘this is too much for me, I’m too afraid of this project.’”

“They were intimidated, or didn’t even understand the script.”

“Can you tell us who backed out?” I ask.

“No!” the three reply in perfect unison

A quick Google will tell you Ian McKellen and Natalie Portman were two of the heavyweights attached early on, but there’s no evidence that fear drove them away. And it wasn’t just actors who were scared – the trio admit on more than one occasion they considered ‘shit-canning’the whole thing, but try as they might to find a justifying problem with the script it held up.

And then there were the financiers…

“This was after the 55th knock out of the financing,” Tom sighs. “Coming in and stepping back, backing away, being scared…even having signed deals people were calling saying ‘ah, I’ve changed my mind’”

“We went into the shoot with a gap that had suddenly ripped open. Ultimately we had to put our own money into it.”

“We basically put our own houses up to cover the gap,” Lana added.

“The movie industry is always reinventing itself, it is always trending one way and then something comes along and bucks the trend. That’s how it’s always been throughout our career and even beyond that.”

With time for just time for one more question might as well address the apparent elephant in the room: why do the Wachowski’s avoid us – the media – so much?

‘It’s very difficult to talk about yourself endlessly,” Andy labours. “It’s not something I enjoy doing…There is a perception that we don’t Do you want to…” He turns to his sister.

“Unfortunately a lot of people had this understanding that we were not doing this because we didn’t like you or we didn’t want to be here… but it wasn’t about that. It was about our anonymity which we understand is a very precious part of humanity. When you give up anonymity you give up a way of inhabiting civic space, which we think is a loss. It actually inhibits our quality of life.”

Just like a strand from Cloud Atlas, I head to a different world in a different time (it’s an adjacent room a few minutes later) to meet the man who penned a novel, who at the time could have had no idea it would bring the three heavyweight directors next door to where they are today.

The man who created this universe – or universes – is David Mitchell. Mitchell appears to be a very unassuming guy, enthusiastic and still perhaps looking a little shocked his creation is about to be brought to a much larger audience. Although a very successful English writer, with two of his five novels earning Booker Prize nominations, he seems genuinely grateful his work has been adopted by such a loving directorial team, and doesn’t show an ounce of ‘Don’t tamper with my art’ attitude – in fact he’s refreshingly quite the opposite. He’s very aware the medium of film can and usually does need to alter source material and isn’t at all precious about it, instead coming across genuinely excited about how differently other artists will handle his treasured work.