Dancer from the Dance: John Scott – The Festival of Irish Choreography


Posted 7 months ago in Festival Features 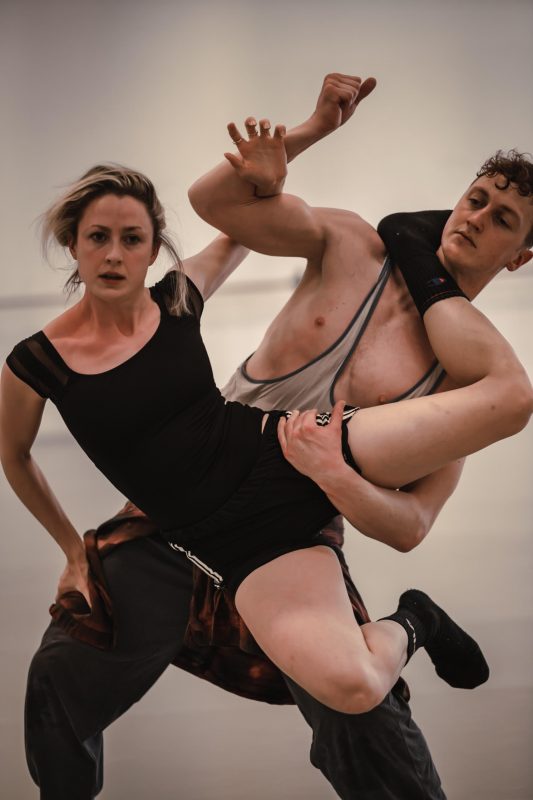 Ahead of the start of Dancer from the Dance, the festival of Irish choreography, we speak to John Scott from Irish Modern Dance Theatre about this dance celebration that identifies Irishness with 39 contributing choreographers from across the globe including Ireland, the USA, Germany, Belgium, UK, Australia, Ethiopia, Japan and Nigeria.

What was the reasoning behind forming Dancer from the Dance Festival which is celebrating its third edition next week?

In 2017, while Irish Modern Dance Theatre was performing in New York at the 92nd Street Y, the Curator, Catherine Tharin asked me what sort of work irish choreographers making and invited me to curate a festival of irish choreography for 2019.  The international perception of Irish dance was still about pale people dancing sad traditional dances about the potato famine in green blazers. I wanted to show, with the choice of choreographers, that the definition of what can be considered an irish person, an Irish body, is evolving. There are many American and international choreographers who identify as Irish. I wanted to include them. I wanted to create a space for choreographers to talk, share and come together, talk and share ideas without the stress of creating giant blockbuster works. Just the body of the choreographer and essential dancer sharing their personal dance signatures. Another reason is to engage all the participants with the work of the world’s greatest choreographers, like William Forsythe, Trisha Brown and Merce Cunningham, through workshops and classes.

“The international perception of Irish dance was still about pale people dancing sad traditional dances about the potato famine in green blazers.”

The 1st edition took place in New York in 2019 at 92nd Street Y at Harkness Dance Center and Irish Arts Center and in Ireland at Project Arts Centre and Dance House Dublin.  It is always going to be a bicoastal festival – equally in New York, the home of contemporary dance and a large Irish community and Ireland, partnering with dance bodies like Dance Ireland and Dance Limerick. 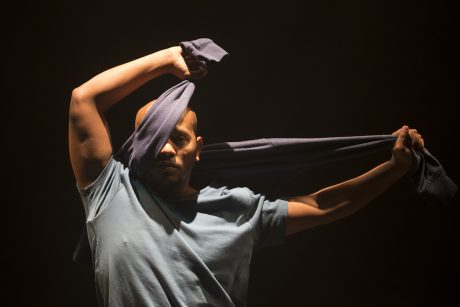 Is the idea behind the festival the disconnect of the ‘dancer’ from the wider merry-go-round of the ‘dance’, bringing it back to its essence and purest form?

Most of the choreographers are performing their own work in the festival. This really does purify their message and let their bodies do all the talking. There’s something beautiful about watching a choreographer perform their own work, there’s a freshness, personal signature and authority in their own interpretation. Our opening Panel Talk features a mixture of Choreographers, Dancer/Interpreters/Dance Writers and Observers on the subject of Dancing Memory and defining identity through creation and performance.

How hands off/hands on are you with proposals, submissions and the end work?

My one request from the choreographers is to do exactly what they want to do, make what they need to make, say what they need to say: TOTAL FREEDOM! – though for the practicalities of running a mixed programme of work, keep it anywhere from 3 – 10 minutes!

The programme pirouettes between performances, films, workshops and conversations – can you select a few to look out for (we know this is like choosing between equally loved children)

AHHHH – What an agonising question! The workshops focus on work methods 3 of the greatest choreographers in the world: William Forsythe, Merce Cunningham and Trisha Brown. Vital tools for every choreographer. I’m thrilled that one of our programmes/Gatherings on Wednesday at 6pm features emerging choreographers and works in progress. Also many approaches to traditional dance: Ciara Sexton, Anne O’Donnell, Morgan Bullock, Kristyn Fontanells, Liam Ó Scanláin. Darrah Carr. And to feature veteran dance pioneers: Joan Davis with Mary Wycherley’s ‘In the Bell’s Shadow’, Tuesday, 6pm and Joanna Banks in Justine Doswell’s ‘A piece of my Heart’ and the youngest dancer/choreographer: Tovia Omoteso with her dad, Tobi in ‘Play’ – both in Gathering 3, Wednesday at 7.30. Also great to have long time Irish linked artists, Morleigh Steinberg and Yoshiko Chuma making work in Ireland again – Gathering 2, Tuesday at 7.30pm

Hot contemporary topics such as identity and gender fluidity have always found expression in dance. How do you feel this has evolved?

Since I started the festival, it is always about re-defining or possible destroying concepts of Irish identity. We have 39 choreographers in this edition, all of whom identify in some way as Irish. They’re linked to Ireland via Japan, Nigeria, Germany, England, Ethiopia, the US, Holland, Australia. Some of the choreographers, including Nic Garreis and Raja Feather Kelly are directly addressing queer and gender issues in their work, using different styles from traditional dance to performance art. I want to open the festival to EVERYTHING happening and to EVERYONE. Next year, Katy Pyle, founder of BALLEZ, a radical re-imagined ballet company for queer, trans and non-binary dancers, is going to teach classes and workshops. The advantage of short, portable, adaptable works means the artist can make a smaller personal work and not have to focus on large scale, expensive ‘masterpiece’. Hopefully, they can say something more personal without the pressures of art and funding politics. 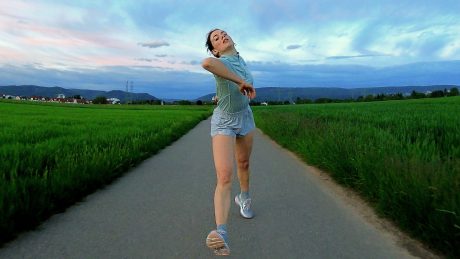 What have you missed most during the pandemic? What do you think will the key takeaways for the dance community/world be?

We never stopped working during the pandemic. We can’t perform old dances with physical contact so we made new dances with social distancing, mask wearing when necessary. A lot of Dancer from the Dance Festival reflects how dance has successfully adapted to the restrictions: we couldn’t dance inside theatres, so everyone is making dances in fields, a beach, living rooms, construction sites, courtyards, kitchens.  What we have missed most is live performances,, sharing the space with an audience –  though these are coming back soon in exciting new outdoor contexts. But we have been closer internationally and sharing the online performances in France and the USA. The international dance community is more close now – DFTD Festival teachers are giving classes and workshops live from New York, Paris, Berlin, Tralee, Kentucky. Dance is coming outdoors more and will hopefully reach new audiences in new places – a positive post pandemic development!

“We couldn’t dance inside theatres, so everyone is making dances in fields, a beach, living rooms, construction sites, courtyards, kitchens.”

Dancer From The Dance: Festival of Irish Choreography 2021 runs for five days this week offering a dance celebration that identifies Irishness, with 30 Irish choreographers from many backgrounds and practices from 8 countries and 4 continents from the four corners of the world.