Posted 4 months ago in Festival Features 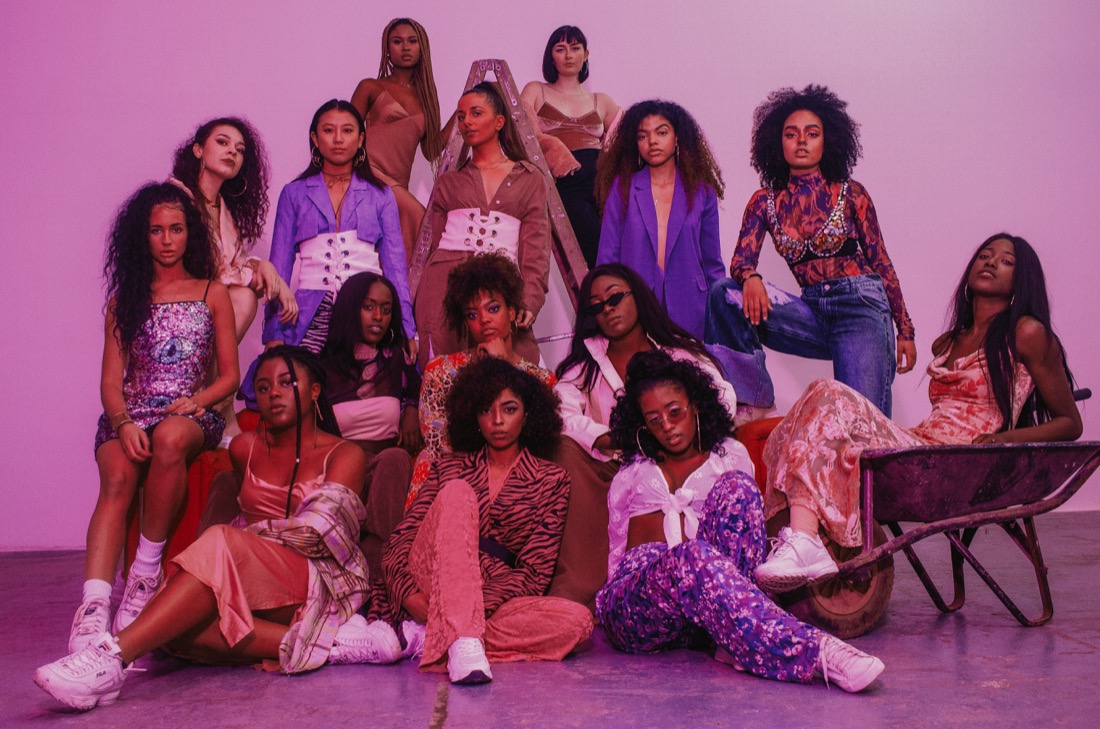 Gxrl Code is not just a collective but a community and springboard for their members to go out there armed with their A-game. Ahead of their involvement with the Fringe festival, we get the lowdown from two of their crew.

“When we started out people kept asking ‘what is Gxrl Code?’ but Gxrl Code is whatever you want it to be”

Gxrl Code’s collaboration with Dublin Fringe feels like a match made in heaven. The collective which was founded in 2018 has very quickly grown into a mini-empire with many of its members going on to become trendsetters in the Irish creative scene. In their most recent project with Dublin Fringe Festival, Gxrl Code have curated a series of playlists that don’t just highlight up and coming Irish musical talents but give you a glimpse into who they are as a collective, and how they hope to change the world.

“The original goal was to become an all-female production company,” said Gxrl Code founder and DJ, Mona-Lxsa. “What I really wanted for us was to produce content and events and other things. But, when it started it kinda went a different direction, but I don’t regret it. We’re doing things now that I never could’ve imagined, like working with Heineken and Fringe and so many other brands in Ireland which is something which I thought was beyond our reach.”

Mona created the women-led collective as she was tired of being the only female face in the room. “I was always in circles with men and I just wanted to have a community with people who I could relate to. I just thought there are all these talented women in Ireland, how can I use my platform to show that talent to everyone.”

Gxrl Code quickly became more than just a collective. It’s mushroomed into a community for its members and its supporters, focusing on inclusivity. “We wanted to give people a sense of community and a sense of empowerment,” explained Mona. 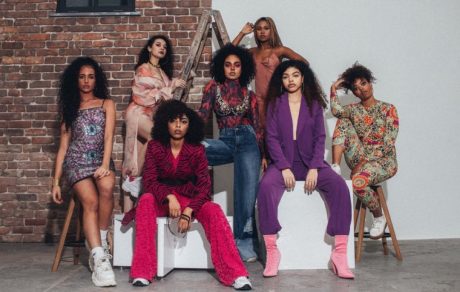 This unconditional support of women as well as the amount of talent featured in the team has definitely played a part in their success. In three years, Gxrl Code have become staples in the Irish creative scene, even earning themselves a mention in British Vogue. “Looking back at everything that has happened, it’s a surreal feeling. I feel like it (Gxrl Code) has allowed a lot more women to come out of their comfort zone and do new things and to start their own collectives which have been amazing to see.”

What Gxrl Code is remains undefined, which Mona Lxsa explains is intentional. “When we started out, people kept asking ‘what is Gxrl Code?’ but Gxrl Code is whatever you want it to be. It’s a platform, I don’t think it necessarily needs to be one thing, or go in one direction. It’s constantly growing and evolving and changing.”

While Gxrl Code is a collective, one of its main priorities and successes has been maintaining the individuality of its members who are not defined by their association. “Because we are all friends, we’ve managed to find a balance because it’s easy to support your friends,” she explains. “As a team we enjoy working together but we’re able to remain individuals. Gxrl Code is meant to be a platform that teaches you, so that you can go and be great in this world and maybe go on to teach other people.” Witnessing this “growth and development” as evidenced by members “killing it” in their chosen fields gives Mona immense pride.

“There is a space for everyone to win. I think if we all work together, if we can figure out a way for us all to collaborate and support each other, even better. I love seeing that, because you know others are tackling topics that we might not. We all basically believe in the same things and I think that that is so important. No matter how many collectives there are, maybe we all have something different to contribute and I think that’s so beautiful…I don’t have the energy to give in to people who try to create this drama that doesn’t exist just because of the way I was brought up. In my family, we chose to help, we chose to support, so that comes naturally to me.”

That sentiment remains especially true in light of the pandemic and rolling lockdowns, forcing them to move into a digital space and rethinking how to merge their content and brand in a new sphere.

“Covid has been such a challenge, but it is what brought me back to why I created Gxrl Code. We had become mainly focused on hosting events and being a platform for unsigned artists to showcase themselves, that was taken away in a sense. We had to go back to the beginning and rethink and restructure. It was a huge wake-up call.”

While Covid put a halt on plans, Mona insists that it was a much-needed change which motivated her to think beyond what they were doing and usher in a new chapter in their existence.

“It pushed me to think further than I ever did before and now I have this new vision and I’m really excited for everything that’s coming,” she says, radiating the energy and reassurance which comes from newfound purposes and ambition. 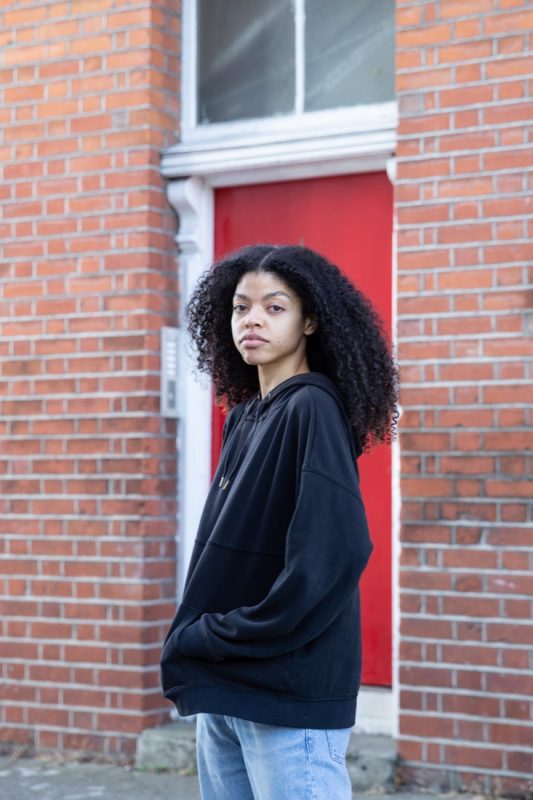 Part of this pivot will be evidenced in their collaboration with the Fringe Festival. Nathali Turner, model and member of Gxrl Code, has curated a series of playlists with the aim of not just highlighting Irish talent, but to brighten your mood and introduce you to the world that is Gxrl Code.

Mona explained that the collaboration was a dream come true. “It’s been a great opportunity for us. This year we’ve just been really really quiet and we’ve always wanted to work with Fringe. Music is so important to us because it’s where we came from.”

Nathali was initially reluctant about entering the modelling profession but encouragement from friends and family eventually aided her. After graduating from college, she booked her first modelling job, a Marc Jacobs fragrance campaign, which she said was surreal. 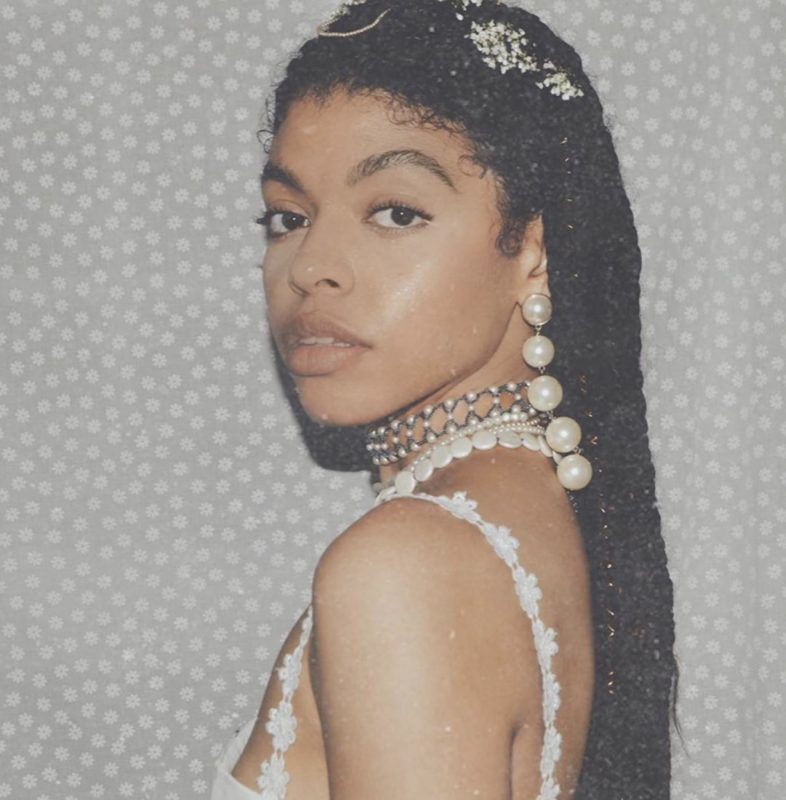 “I was this shy and awkward person when I was younger and it wasn’t until I got into college that I really found my confidence. I saw modelling as a way of expressing myself and for me, it was definitely a self-love journey which allowed me to see myself in a different way. I like to put myself in situations where I might not be fully comfortable so I can grow. So, I did it and I fell in love with it.”

Nathali’s aim with both playlists was to bring joy and a much-needed distraction to people. “I literally wear my headphones like an accessory because music is therapy to me. I’ve always had it in my life. It just brings this calmness and joy to me and I thought that it would be good to create and give that to other people.”

The two playlists curated for Fringe feature music from the likes of Shiv, Ali Maria Smith, Aby Coulibaly, Tomike as well as many other Irish musicians. They follow the theme of night and day, with the daytime playlist having a more calm vibe and the nighttime playlist being more upbeat in tone. “The daytime playlist is more lighthearted and joyful, whereas the nighttime one is more drill and heavier beats.” 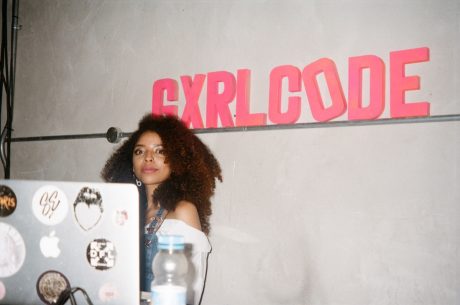 Nathali hopes that while both playlists are different in tone there will be something for everyone in each one, and that it helps people appreciate the immense amount of musical talent coming out of Ireland at the moment.

“I just want to share the joy of finding new music with people and I want people to just feel happy. Life is hard and music is a way of escaping the harsh realities of life, so whenever you have the time just tap into it and feel the music.”

The two playlists will be available to listen to on fringefest.com from September 11 to 26 and you can learn more about Gxrl Code at gxrlcode.com