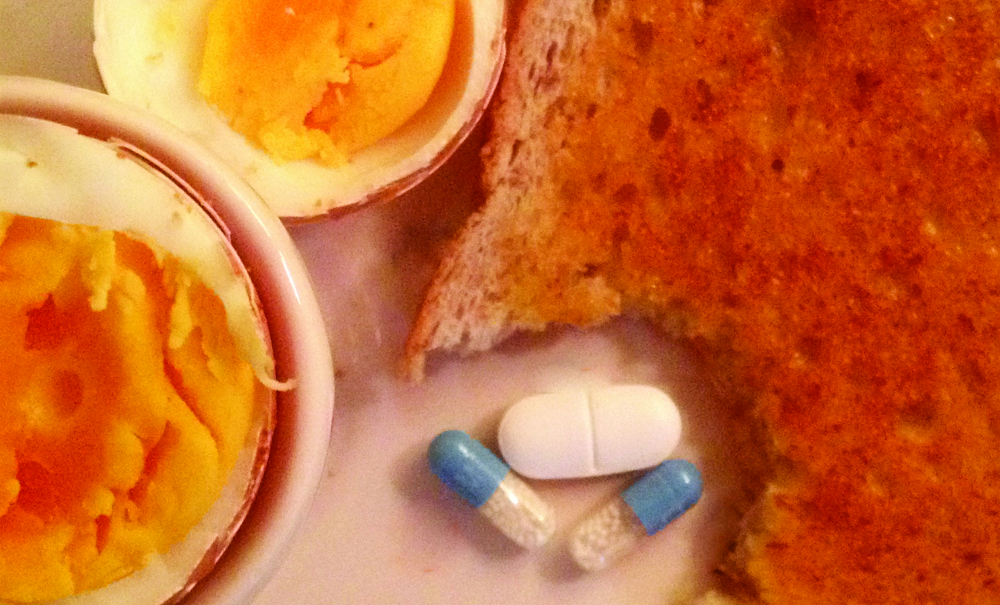 Róisín Coyle’s Sick finds young Orla working as the sole caregiver to her mother Ruth, who is suffering from a degenerative condition that leaves her with a tenuous grasp on memory and reality. Set against a two-room backdrop of drab, olive green wainscotting and decaying doily wall-dressing, this is a play about those environments — physical and conceptual — in which sickness is produced and reproduced, and the human cost of said processes.

The narratives we choose to make sense of things — paradigms of health, sickness and treatment, notions of family, and of romance — fit uneasily on the world presented here. Ruth’s condition acts as a space in which narrative is destroyed or distorted. At times she denies that Orla is her real daughter, that her daughter is dead. It is a troubling dynamic, where Ruth’s subjectivity is only briefly presented as a spectatorial referent — a striking few moments in which she eats a boiled egg, and the conversation between Orla and her suitor Gerry melts into the background — and one which challenges conventionality and normativity on the basis that these categories subsist on a historical knowledge that necessarily requires memory to reproduce itself.

A harrowing exchange, in which Orla’s status as Ruth’s daughter is debated between the two on the basis of hypotheses: “If you were my *real* daughter, you wouldn’t…” leads up to the punctum of proceedings, a visceral scream that marks the moment in which our understanding of events unfolding becomes irreparably problematised, and which sets in motion the beginning of the play’s quite tragic end.

The kitchen bin, underneath the sink, is a key prop — and space — in Sick. It is a space that denies memory, or allows for a sort of forgetting along utilitarian, quotidian lines. In bearing witness to those forgotten and marginalised — those of degenerative mental states, and their caregivers — by present social conditions, Coyle’s play makes all the more apparent those ties that inevitably bind us to that which we forget.