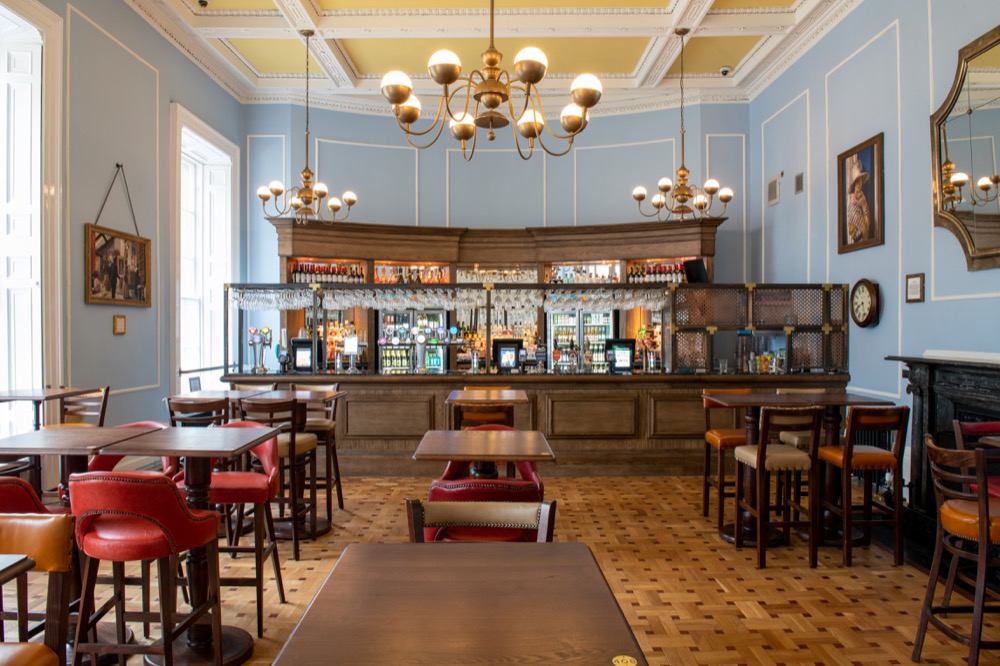 When Pearse said that “they think that they have purchased half of us and intimidated the other half,” he was to some degree whistling past the graveyard – even though he was in one. The nation is ever plagued by a form of post-colonial Stockholm Syndrome. Lucre can always be gotten by charging us for the privilege of being patronized and insulted by the worst that England has to offer – the Irish Daily Mail sells 30,000 copies a day and a run of The Cripple of Inishmaan can fill the Gaiety. So, it should be no surprise that Wetherspoons, a mammoth English pub chain founded by a sweaty joint of gammon in a Rowley Birkin wig, is spreading its tentacles here.

Masquerading as “The Silver Penny” and occupying a chunk of Abbey Street that previously was a bank and a Protestant chapel, the new outlet is massive by pub standards. Even on a weekday evening, there is a phalanx of security staff outside. I enter into what seems to be a restaurant-only area and wander for quite some time before I find the bar, or something like it. Form follows function – this is a room with a bar in it, with tables and chairs – but it has none of the feel of a bar. It occupies some sort of depressing uncanny-valley space, like the bar on a car ferry or in an airport. Enormous menus make each table look as if it’s about to set sail, offering a vast, but predictably grim, selection of chips-with-everything. There are no wait staff taking orders; you’re encouraged to use their phone app for this purpose. There are no barstools, no congregating at the bar itself. Everything is geared towards relentless efficiency. And it is effective; the place is thronged at what would not usually be a particularly busy time. No-one seems to be particularly enjoying themselves, but at least they’re doing so efficiently.

There are a few nods to the location and its history, with the eponymous ‘silver penny’ a nod to the 11th century coinage of Sitric Silkbeard. There is a Sir John Lavery in the foyer. Some of the signs are bilingual. It is all tokenistic. You might as well be in Slough. 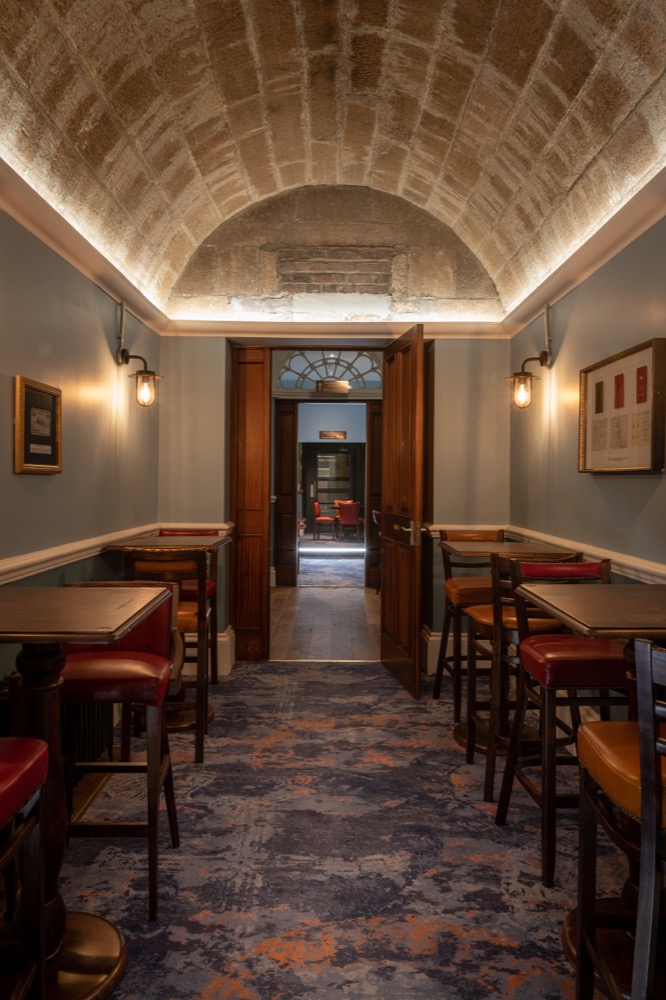 This is my first time seeing operational hand pumps in an Irish bar, although they linger as decorative items in a few. There is a range of a half dozen or so real ales – Wetherspoons partners with CAMRA (the Campaign for Real Ale), to the dismay of some. I opt for Brewster’s Aromantica, a fresh-tasting golden ale, moderately hopped. The beer is decent, but unremarkable, but the price is a time-warping €2.95. The last time I paid that little for a pint it was in old money.

Price is king at Wetherspoons – every menu and drink list emphasises the numbers, above all else. And on that basis, it is operating in a different league from anywhere in Dublin. All pints are €3.75 or less. A Jameson and ginger ale will also run you €3.75. At €8.95 for a double measure, Gunpowder gin here costs only 1.5 times what it does by the bottle at retail.

There is a lot to despise about Wetherspoons, from the top down, but you cannot argue with this approach to pricing. It is galling that a man who is so inimical to this country could be the one to bring a long-overdue realignment of what we pay. Presumably economies of scale and the efficiencies of a network of hundreds of megapubs help, but there are plenty of domestic owners with sizeable properties where they charge three times as much. 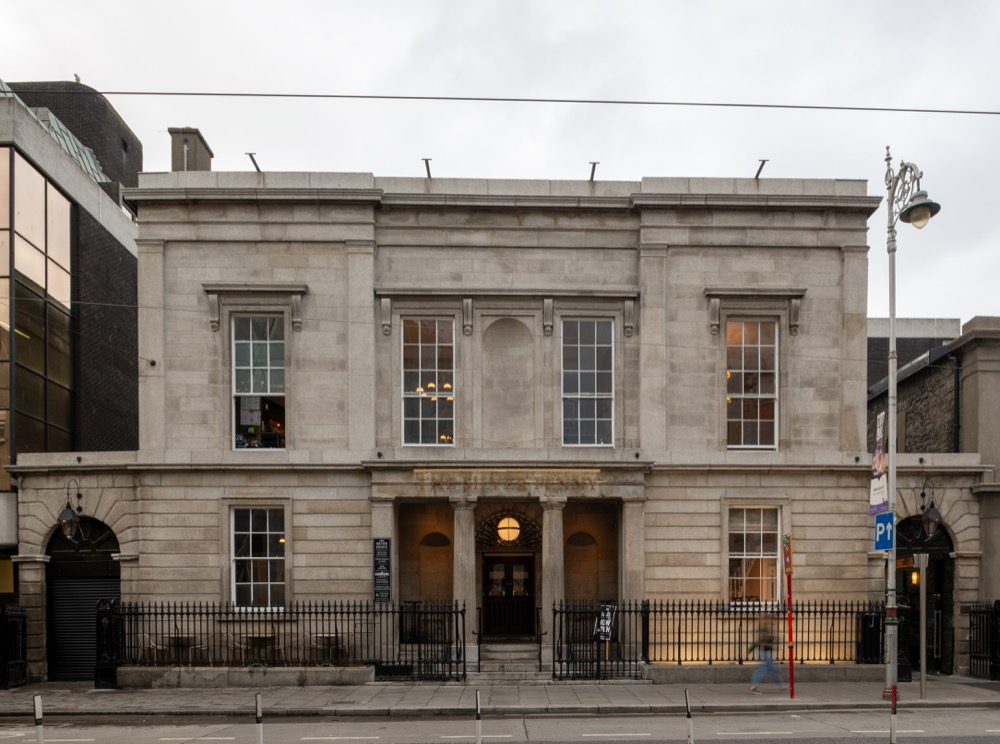 This is the future that is currently mapped out for us. Corporations with stock market listings will operate more, and bigger, drinking factories with the thinnest veneer of local relevance contemptuously applied. Over on Camden Street, a100-room Wetherspoons hotel is springing up, while the ramshackle charm of The Bernard Shaw has been condemned by An Bord Pleanála for being incompatible with the “emerging pattern of development in the vicinity.”

We know what that pattern looks like. We are being purchased and intimidated. Everything is cheap, everything is of reasonable quality, nothing is good, nothing is pleasant. There will be more of this. A lot more.